Skip navigation!
Story from New York
It's official: Air travel just got a whole lot chicer. Following in the steps of Richard Branson's fashion-forward Virgin Atlantic, which is now working with Vivienne Westwood, All Nippon Airways has tapped Prabal Gurung to design its newest uniforms. The new duds were commissioned to honor the airline's 60th anniversary, and will outfit all 10,000 employees. In other words, there's gonna be a whole lot of Prabal Gurung.
According to the designer, the gear will pay homage to the history of the airline, while incorporating a fresh and modern age. No sketches or images of the designs have been released, but we're holding out hope that flight attendants will rock this season's knee-high gladiator boots. Now that's the kind of layover we can get behind. (The Cut) 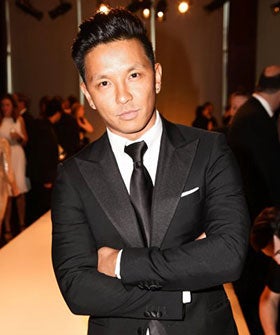 Photo: Via The Cut