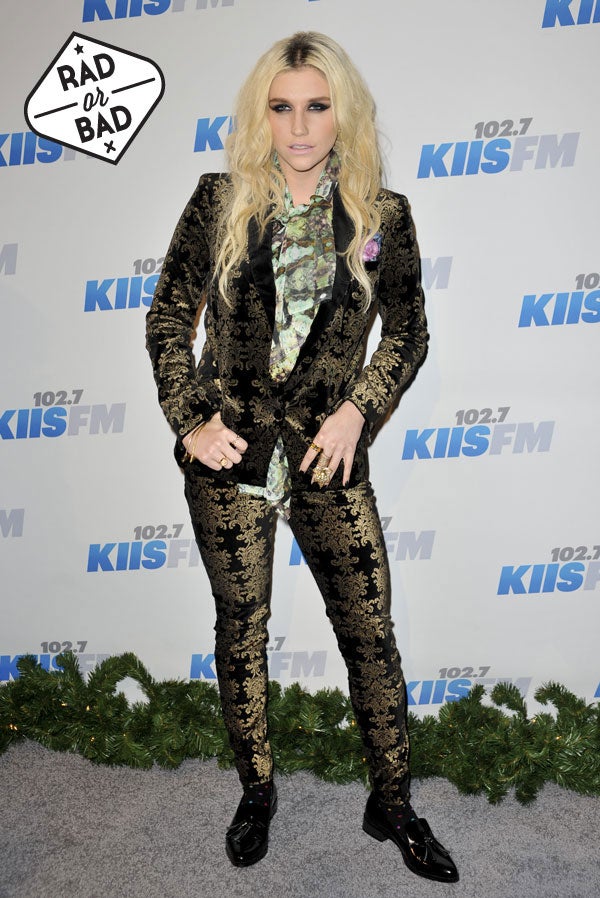 Ke$ha has a book. Ke$ha has a new (pretty decently reviewed) album, "Warrior." Ke$ha has taken a shower, and not with Jack Daniels. Ke$ha, guys, is definitely in on her own joke, masking her weirdness in pop cultural fluff. Which is why her recent top-to-bottom 7 For All Mankind brocade velvet get-up at the KIIS FM Jingle Ball is oddly charming. Maybe we're total suckers for the quiet, alleged genius of K-E-dolla-sign-HA, but seeing this newer, slightly androgynous red carpet Ke$ha is quite thrilling, even if it isn't what is normally fawned over by critics. In fact, speaking of fawns, this is almost like watching a baby foal take its first tentative steps into the world, with knees shaking, unsure footing, and hair properly brushed. No one move. We don't want to scare it away.