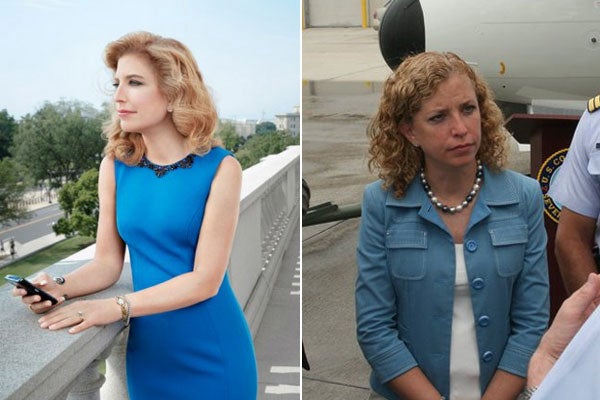 Once upon a time and not very long ago, women in Western politics were characterized by strong ladies like Margaret Thatcher, Janet Reno, or Madeleine Albright — all powerful, formidable figures who redefined how women worked in politics, but never ladies known for their glamour. And that, of course, was completely fine...no one would have ever criticized Abraham Lincoln for not being babely, after all. But now, in 2012, with more females running for office and being appointed to important cabinet roles — along with more mainstream outlets (like us!) reporting on politics — the all-business, buttoned-up portrait of the female politician is changing.
Advertisement
But despite the shift, when Vogue ran a portfolio on Democratic National Committee chairperson, Debbie Wasserman Schultz, the magazine received some seriously negative feedback. No, it wasn't over the publication's decidedly liberal bent (Anna Wintour is a major Obama supporter, after all), but instead, over Schultz's clothes...and hair...and makeup.
The representative, who Vogue describes as "frizzy-haired," appeared sleek and chic in Roland Mouret and Jason Wu. This sudden makeover, the Vogue-ification of a recognizable working mother, seemed to irk both her constituents and a range of conservatives as well. Buzzfeed quoted Twitter messages which read: "This looks nothing like her. We want to recognize those we support, no?"; The Hill bemoaned the fact that she was wearing a lot of makeup and appeared ultra-glamorous; and the conservative blogs were much more cruel, pondering how much airbrushing the mother of three needed. Conservative stalwart The Blaze even went so far as to pen a piece speculating on the cost of the dress (which we'd guess, since this was an editorial in a fashion book, was pulled for her by a stylist). 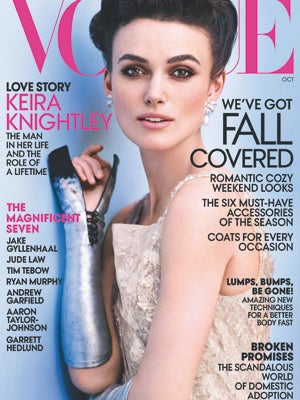 But, let's get one thing straight, right up front. The suggestion that the Vogue article was a puff piece about being pretty in Washington is entirely incorrect. Yes, the piece mentions Schultz's weight gain and loss (thanks to her personal struggle with cancer) and describes two outfits (a Kasper purple sheath dress and a pink T-shirt and sky-blue "stretchy shorts"), but for the most part, she's portrayed as a hardworking politician. So, why can't she be a "little fancy?" Why does her taking a bit of care in her appearance, for the sake of one photo shoot, suddenly detract from all of the political clout she's worked so hard to accrue?
Advertisement
This isn't just an issue plaguing Wasserman Schultz or Democrat women. It's an issue we're seeing across the political spectrum, and in a way that gives us very serious pause. When Sarah Palin's nomination was first announced by the McCain camp in '08, her beauty pageant past was a major talking point, and it's not rare to see her head offensively Photoshopped onto a bikini body. And Michele Bachmann's beauty routine and style has been front-and-center when it comes to her re-election bid (which, quite frankly, is just confusing; there is so much more to discuss when it comes to, well, everything about her ideology).
More troubling still, in 2010, a team at UC Denver released a study in the Journal of Social Psychology suggesting that women with more "feminine" appearances have a harder time with traditionally "masculine" (yes, these dichotomies annoy us, too) jobs. The study posited, "...Attractiveness was more beneficial for women applying for feminine sex-typed jobs than masculine sex-typed jobs.” And with 17 out of 100 Senators and 73 out of 435 Representatives being ladies, it is safe to say that U.S. politics is a "masculine sex-typed" job. So, the desire to look good on a national stage is, for female politicians anyway, apparently detrimental.
But there is nothing about a little bit of makeup, a blowout, or a pretty dress that could make any of these women any less competent as elected officials. Just as, conversely, a woman is no less qualified as a politician if she chooses not to do those things. And, while we readily acknowledge that politics is a game of perception, we bristle even more at the underlying assumption of these complaints: that a woman is perceived to be less competent or qualified if she cares about her appearance.
Advertisement
Besides, these stereotypes and assumptions about women extend far beyond the political arena, just in a less public fashion. After all,when a woman who embraces what society traditionally tells us is pretty, she tends to have a harder time being taken seriously as a professional, across a variety of occupations. Earlier this year, an Israeli team discovered that, after applying to 2,500 real jobs as fake candidates, women who included their images in resumes heard back significantly less often than those who didn't. Drawing any attention to appearance seems to do more harm than good to an aspiring candidate, as evidenced (partially) by the Sarah Palin media frenzy of 2008. And by today's brouhaha surrounding Wasserman Schultz's Vogue feature.
If you ask us, a sensible desire to, say, brush your hair for the camera or apply a little lipstick before you go in front of millions demonstrates exactly how normal some of these women actually are. That's a response that society conditions in people, after all.
And all of this stops us dead in our tracks. Today, in 2012, this is a conversation we're still having? We're more than a little appalled, and also at a loss. We recognize that this is a huge discussion, but we'd like to start having it. Right here, right now. So, chime in with your thoughts. Do you see these as an endemic issue or isolated incidences? And if you see where we're coming from, where do we go from here?

Beauty
Naps Are The Key To This Esthetician’s Good Skin — Here’s H...
Lesley Thornton is an LA-based holistic esthetician & founder of eco-inclusive sustainable skincare line, KLUR. It is one of the very first Black, esth
by Amanda Mitchell
Beauty
Kim Kardashian On The Skin-Care Product She Can’t Live Without: &...
Let it be known: as far as holidays go, Kim Kardashian is way more into Christmas. “I’m so not a Thanksgiving person. Don’t like it,” she t
by Sara Tan
Beauty
Where Is Desirability’s Place In The Modern Age?
In 2014, Vogue declared in an article that “the big booty has officially become ubiquitous.” With that, the cultural behemoth ushered in what they term
by Zoë Huxford
Advertisement
Beauty
How Claire Saffitz Eats Dessert Every Night & Still Has Great Skin
Claire Saffitz is a bestselling author, recipe developer and video host with over one million YouTube subscribers. She has a new cookbook What’s for Dess
by Amanda Mitchell
Asian American
Gemma Chan Swears By These Drugstore Serums For Her Skin
Gemma Chan can now add runway model to her already impressive resumé. On October 2nd, the Don’t Worry, Darling actress wore a black, asymmetrical Lo
by Sara Tan
Beauty
Billie Eilish Got Real Honest About All The Celeb Beauty Lines Ou...
Listening to a Billie Eilish song for the first time feels as though you’ve entered an alternate dimension. The Grammy Award-winning singer somehow m
by Amanda Mitchell
Beauty
Summer House’s Paige DeSorbo Predicts The Next Wave Of Beauty Trends
As an unapologetic Bravo scholar, my years of anthropologically studying the network’s outputs in near repetition has allowed me to say a true fact: The
by Amanda Mitchell
Beauty
Let’s Hear It For Florence Pugh’s Makeup At The Venic...
In case you haven’t heard, last night’s Venice Film Festival premiere of Don’t Worry Darling had people worried, darling. The film, direc
by Megan Decker
Gloss Angeles
The Beauty Community Has An Unsolicited Advice Problem
As everyone knows, going viral isn’t necessarily a good thing, especially on TikTok. Recently, nurse practitioner Miranda Wilson (@np.miranda) made a vid
by Kirbie Johnson
Beauty
Tati Gabrielle’s Natural Hair Played A Key Role In Her Success
Tati Gabrielle changes her hair all the time. Whether it’s playing with the color, length, or style of her natural hair, the only constant is that it
by Claire Hambrick
Beauty
Mark Tuan Is Putting Mark Tuan First
I met Mark Tuan on a Zoom call on a Tuesday afternoon in late July. He’s wearing a black bucket hat and white tee while sitting on a couch in his family
by Lexy White
Beauty
From Malibu To Williamsburg, Inside Kaia Gerber’s Jetsetter...
After spending a Sunday by the pool at her parents house in Malibu, Kaia Gerber slides her Five-Minute Journal in a pre-packed carryon and catches a red ey
by Megan Decker
Advertisement
Advertisement
Discover
R29 Stories & News
Watch
R29 Original Series & Films
Shop
R29's Most Wanted