Oh, so maybe that's why there was that out-of-the-blue (and semi-awkward) surprise wedding on the season finale of
Girls
. The writers obviously needed a reason to have Jessa's character become pregnant, since (yes, confirmed!) the real life Jemima Kirke (27) is now with child for the second time. We already know how much she adores daughter, Rafaella, so we can only imagine the British starlet is over-the-moon about round two. While we're not convinced that Jessa's new hubbie is the guy for her, Jemima's news may serve as proof that her marriage with Michael Mossberg is going strong. Strong enough, that is, to raise a Brooklyn brood. We just hope Jessa's maternity clothes are as effortlessly chic as her regular wares — we're anticipating flowy maxis and caftans galore. (NY Daily News) 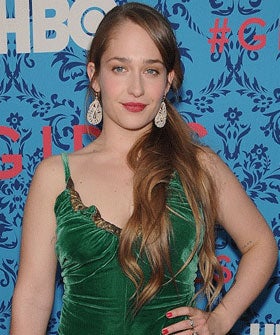