Skip navigation!
Story from Los Angeles
It's been 24 years since we chilled out with Lydia Deetz, but it looks like our fave goth gal is finally heading back to the big screen. While promoting her latest flick at the Toronto International Film Festival, Winona Ryder revealed to MTV that Tim Burton and his crew are indeed in talks about making a sequel to the cult classic (she's even meeting with the creative genius next week!). But, before you dig up your old VHS, Ryder also acknowledged that there's a chance Beetlejuice 2.0 could end up on the cutting-room floor. It turns out that if Michael Keaton doesn't put on that iconic striped suit, the entire project is kaput. Man, there's always a catch!
Advertisement
While it's all still TBD, we're betting that Burton's BFF (and Ryder's ex) Johnny Depp will be making a cameo (the director once joked that JD would reprise the role of Jeffrey Jones!). Either way, we're amped about the news — maybe even more than the reports of a Heathers TV show! Which Ryder-centric character are you ready to see again, Lydia Deetz or Veronica Sawyer? Let the late '80s nostalgia commence! (The Sun) 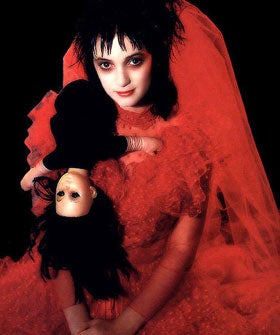 Photo: Via The Sun