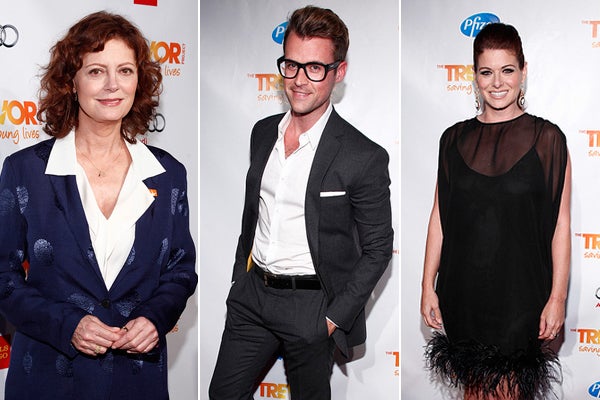 Following a rainbow colored weekend, you’d think the LGBTQ community would have been all tuckered out (at least for the next few nights). But mistaken you are! With less glitter than Sunday’s shindigs (and certainly a lot less nudity), it was nice to see celebs stepping out for a good cause: Monday night
The Trevor Project
hosted their annual charity event.

It's a cause we can get behind – The Trevor Project provides crisis intervention and suicide prevention services to the LGBTQ community. Each with their own story and struggles, star ambassadors of the charity (including Susan Sarandon, Brad Goreski, and Debra Messing) showed up to support the cause, and, after waltzing the red carpet, enjoyed a performance from fun. (the band), and a reality flashback to 1998 as Will & Grace took to the mic as, well, Will & Grace. Devil Wears Prada’s fabulous faux-gay Stanley Tucci (FYI, still not gay) threw some zinging one-liners before honoring Susan Sarandon with a Trevor Hero Award for her continual support and position as an openly vocal ally. Sporting a royal blue suit, embroidered and handmade in China, she spoke passionately of the project's importance. “It is up to us to somehow make it clear that being different is really fabulous.” A year since the legalization of gay marriage here in ol’ Empire State, we rocked over to the west side of town to show our support and throw the LGBTQ-ambassadors a few Qs of our own.
Advertisement 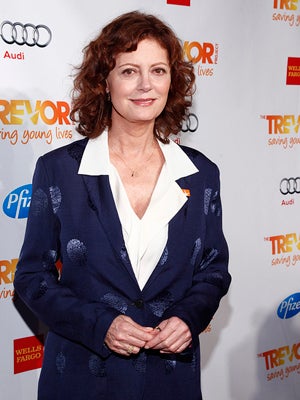 How do you get through difficult situations?
"I have a tattoo around my wrist saying ‘a-n-a-d’ meaning ‘a new dawn, a new day’. It reminds me that when I’ve made a mistake or that someone’s really hurt me, the next day you get a new chance. I think the Trevor Project gives lots of people that chance."

As an Honoree of the Trevor Project, how is the charity important to you?
"In school I was on the outside of everything growing up, I wasn’t suicidal but I certainly know what it feels like not to belong. The Trevor Project gives kids an opportunity when they’re feeling really desperate; if you can just hold on to the next day, things will get better."

Do you think Obama is doing enough to support this cause in America?
"He’s done a major thing, no other president came out with a statement like he did, particularly at a time that could have been particularly costly for him. I think that was big announcement, I’m very happy he was courageous enough to do so."

What is one piece of advice you share with people?
"I think you have to love yourself first of all, and understand that one good friend is all you really need." 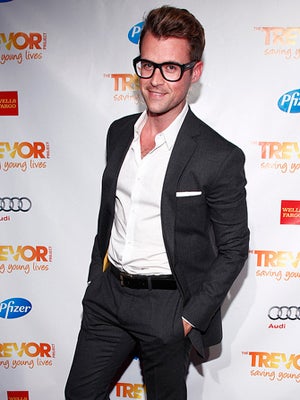 Did you struggle finding yourself when you were young?
"I think it's important to allow yourself to be yourself, no matter what. When you become an adult, you’ll look back. I’m so happy I can look back and that I didn’t let the voices get to me. I was who I was born to be, right through my teens."

Did you get involved in Pride this past weekend?
"As a gay man, of course I was. Not actually in the city though, I was in the Hamptons, prideful tanning. As a gay man, it’s very important to keep my tan up in the summer, right?"

Do you feel that fashion and style play a big part in your image as gay ambassador?
"Course. I think we love expressing ourselves in any way that we can, and for many gay men the best way to do that is through fashion. It also depends on who I want to be, tonight I’m wearing Dsquared2. I wanted to be more gentlemanly and more dapper, and who knows what I’ll be tomorrow."

Where do you go out in the city?
"I always have good nights at the Boom Boom Room. It’s wherever my friends are, I mean, I’ve had many fun night with my friends in my hotel room…playing dress up…" 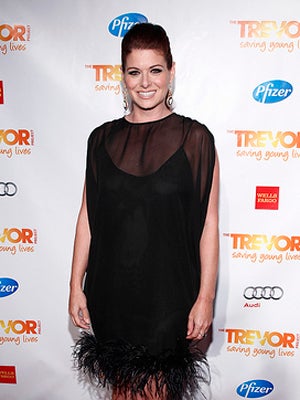 Were you involved in the Pride parade this year?
“Unfortunately not, I actually went to see a play. Kylie Minogue was there and during the intermission she said, 'My god, the two of us together, could you imagine if we walked down to the parade!?' I agreed, it would be heaven.”

Do you feel as though Obama is doing enough for gay rights?
“I’m certainly thrilled he has made himself clear that he believes gay marriage should be legal and embraced by our entire country. It’s historic; No president has ever done that. I choose to just celebrate that right now.”

What advice can you offer to people going through difficulties?
“Know you’re not alone— that’s the most important thing.”