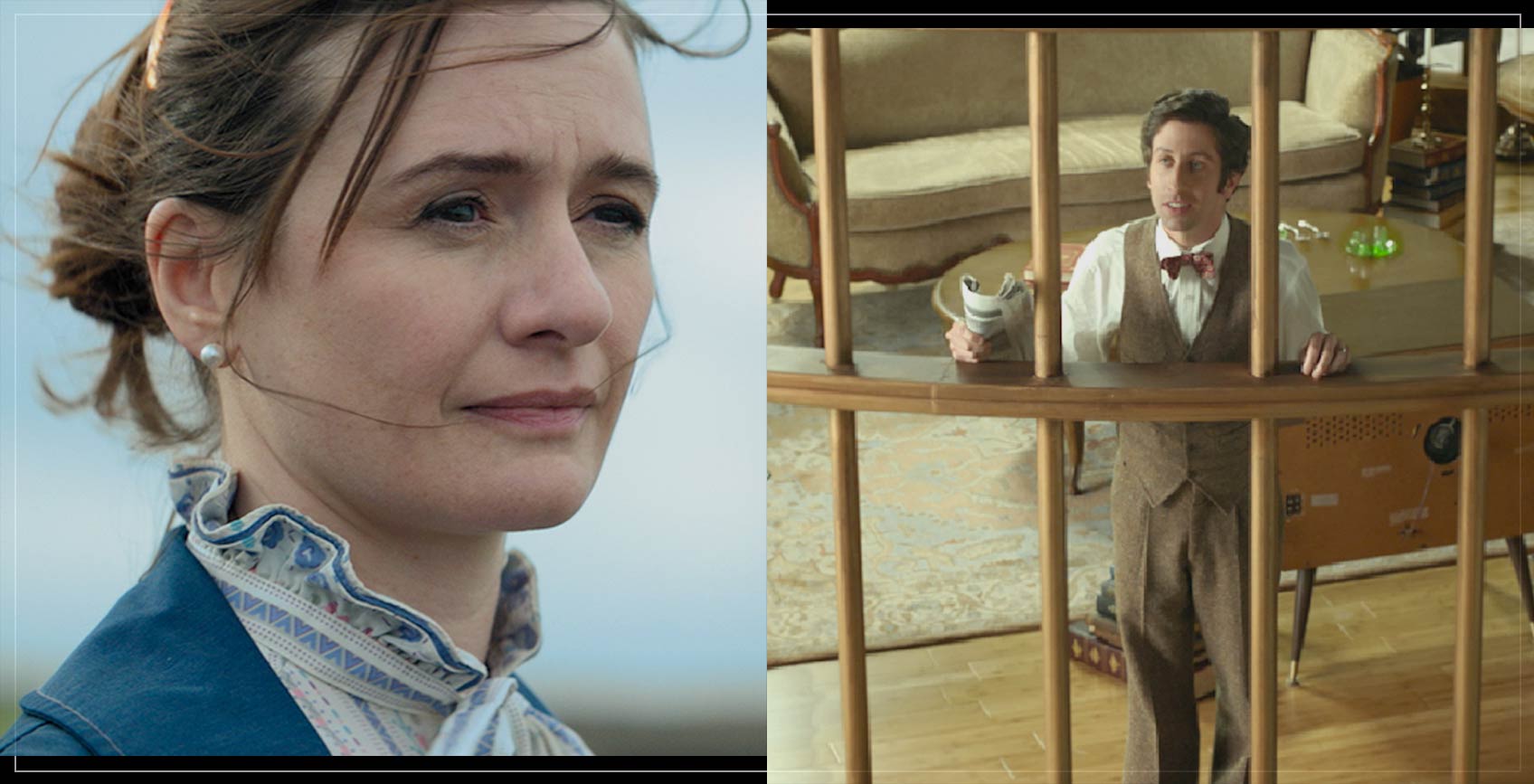 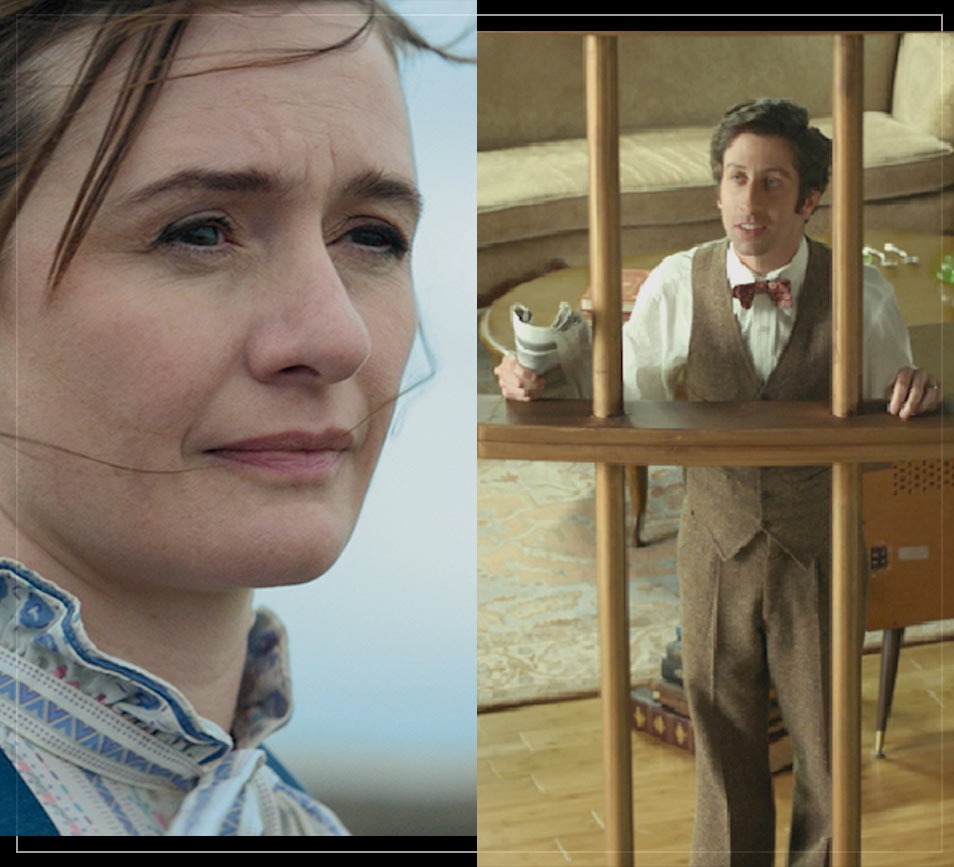 SHATTERBOX (FOR YOUR CONSIDERATION)
Shatterbox is an award-winning short film series dedicated to elevating female storytellers. The second season delivers two Academy contenders For Your Consideration in the category of Best Live Action Short Film.

One Cambodian Family Please For My Pleasure

When news of the Cambodian genocide hits, a Czechoslovakian refugee (Emily Mortimer) reaches out to the Lutheran Refugee Service in hopes of welcoming a family like hers to a new life in Fargo. Based on a true story from writer-director A.M. Lukas, the film offers an earnest and poignant narrative around resettlement and achieving the American dream. To date, One Cambodian Family Please For My Pleasure has competed in 13 festivals to acclaim, including Edmonton International Film Festival’s Grand Jury Award for Best Live Action Short Film, Rhode Island International Film Festival’s First Prize for Best Screenplay, and SCAD Savannah Film Festival’s Jury Award for Best Screenwriting.
Advertisement

End of the Line

From Academy-nominated director Jessica Sanders comes End of the Line, a surreal narrative about a lonely man (Brett Gelman) who goes to the pet store to purchase a tiny man in a cage (Simon Helberg). Sanders’ thematic exploration of power abuse unfolds through visually compelling VFX-heavy scenes, enhanced with powerful emotional dialogue between male leads. The film kicked off its festival circuit with acclaim from Indiewire as one of the “must-see shorts at Sundance 2018” and proceeded to compete in more than 40 festivals, winning Molise Cinema Film Festival’s Best International Short Film Award and Discovery Film UK’s Judge’s Choice Award.
Women make up half the U.S. population, but in 2017, women directed only 11 percent of the top 250 films. Shatterbox, a film series from Refinery29 and TNT, provides a platform for the next cycle of female storytellers to create short films that redefine identity, imagination and storytelling through the female lens.
Advertisement
Gift Guides
May The 4th Be With You — & These 10 New Star Wars Collections
by Ray Lowe
Unbothered
Danai Gurira Reveals Black Panther: Wakanda Forever Is “...
Aside from its now-confirmed November 2022 release date, details about the highly-anticipated sequel to Marvel’s Black Panther have been kept largely und
by Kathleen Newman-B...
Unbothered
We Rewatched A Classic Black Rom-Com With Romance Queen Jasmine G...
Welcome to Love Like This?, a romance column where we, Kathleen Newman-Bremang and Ineye Komonibo, revisit some of the most romantic — or not, in hindsig
by Kathleen Newman-B...
Advertisement
Entertainment
11 Bollywood Movies You Need To Watch If You’re A Newbie
There are great films and then there are Bollywood films. The Indian movie industry is a titan in cinema that’s long and often been overlooked by Western
by Katherine Singh
Movies
In Everything Everywhere All At Once, Michelle Yeoh Find...
There’s a moment, fairly early into A24’s genre-bending film Everything Everywhere All At Once, when you realize just how meta the Michelle Yeoh-st
by Katherine Singh
Entertainment
Bend It Like Beckham Isn’t Perfect, But Jess Bhamra Is Sti...
Growing up playing little league and rep soccer, I consistently looked up to one soccer star. It wasn’t David Beckham, or Mia Hamm, or even Ronaldinho. M
by Katherine Singh
Entertainment
Moonshot’s Lana Condor Wants You To Choose Yourself
Spoilers ahead. In a time when billionaires and celebrities (*ahem* Pete Davidson) are obsessed with the future, blasting off into space and trying to forg
by Katherine Singh
Unbothered
Black-Owned KweliTV Is Bringing Authenticity & Access To Streaming
In the age of the streaming service, TV and film lovers are spoiled for choice. There are more than 200 different streamers currently available on the mark
by Ineye Komonibo
Movies
How I Finally Saw Myself In Turning Red, Pixar’s F...
Growing up, I got used to not seeing myself. In films, TV shows and music videos, the heroine – the girl all the guys wanted – always pivoted around th
by Maybelle Morgan
Unbothered
Jodie Turner-Smith Isn’t Done Talking About Colorism — Are You Re...
In the A24 film After Yang, Jodie Turner-Smith’s character Kyra rarely raises her voice. She’s all muted tones and measured timbre — even when she’
by Kathleen Newman-B...
Unbothered
Madea Is Forever — And There’s Nothing We Can Do About It
After 20 years of donning her signature silvery wig and bodysuit for various films and plays, filmmaker Tyler Perry put the famous character Madea “Madea
by Ineye Komonibo
Unbothered
Actually, Poetic Justice Isn’t All That Romantic — B...
Welcome to Love Like This?, a romance column where we, Kathleen Newman-Bremang and Ineye Komonibo, revisit some of the most romantic — or not, in hindsig
by Kathleen Newman-B...
Advertisement
Advertisement
Discover
R29 Stories & News
Watch
R29 Original Series & Films
Shop
R29's Most Wanted