Skip navigation!
Story from New York
If you haven't been watching this season of The Real Housewives Of NYC we suggest you take this mid-week work hiatus as an opportunity to catch up. In short, one of the new girls Aviva Drescher continually finds out about, erm, "relations" her ex-husband Harry has had with like all of the other "ladies." And now, as if that wasn't bad enough, her Harry troubles from the past are coming back to haunt her. The latest squabble broke out in Southampton's gourmet market, The Golden Pear, where accusations about Harry's lack of child support flew amidst sun-soaked customers, upscale fruit salad and tuna sandwiches, and bottled juices. “How dare you buy sandwiches at the Golden Pear and not pay your child support," Aviva reportedly shouted. Harry's only defense? That he wasn't the one paying for his bounty of four wraps and four paninis, but rather a blonde companion less hip to his tricks than Aviva. Our only regret? That the cameras weren't rolling to catch Aviva's zinger — it definitely would have made the Bravo highlight reel. (NY Post) 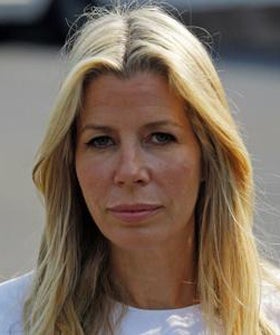