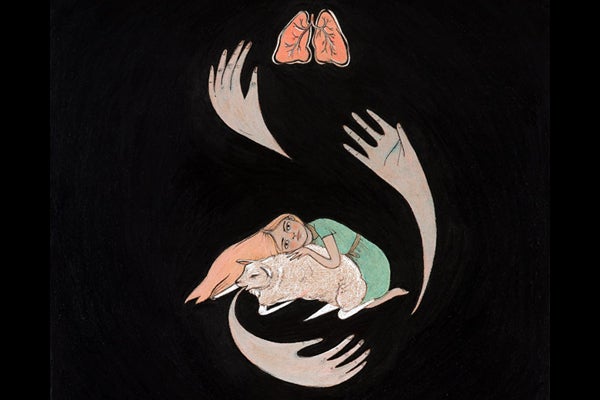 This time last year, Purity Ring were just gaining steam. Their first single, “Ungirthed,” had been released and the band was spreading across the interwebs on the strength of one great song. Since then, the band has become a festival darling, toured with Neon Indian, and signed to 4AD — all before releasing an album or EP. “Obedear” is the first single from their upcoming full-length Shrines, and sticks to the gossamer vocals and snare taps that make their first recordings so great. With a band like Purity Ring, there's the potential for hype to out shadow the music, but "Obedear" is a rare case where the music deserves attention. Bloggers, feel free to breathe a sigh of relief.
Advertisement
Listen below, and download the MP3 from Purity Ring's website.