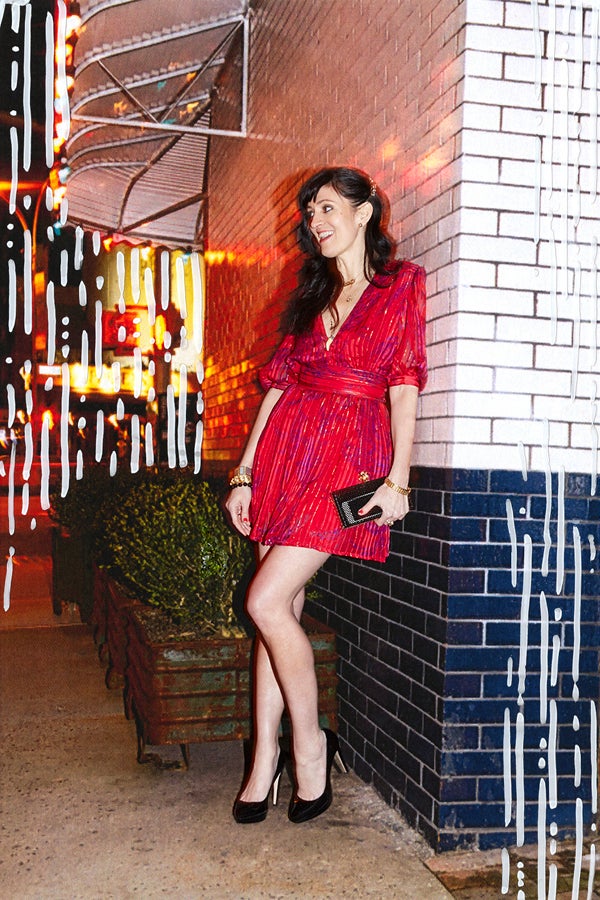 Jauretsi Saizarbitoria, Curator, The Inside Source at eBay, DJ, Radio Host, Filmmaker, and Writer
We’ve known Jauretsi Saizarbitoria since we were a wee lil’ website and loved her all along the way. When we first met, she was the hostess behind all of Paper magazine's best bashes. Then we watched as she hopped from Details to an editorial perch at Jane to Google, Starworks, Nowness, and a clutch of other coveted places. All the while she was working on other intriguing projects, including a documentary on Cuban music. As we catch up with her now, the South Beach native is happily ensconced in her new life, simultaneously acting as a curator of eBay's Inside Source site; hosting her own Cuban-inflected Internet radio show; and running Sugar Barons, her bloggy platform for discussing tech, arts, and culture. It's remarkable she had any time to talk with us at all, but here she is chatting about her complicated history, multitasking, and flipping through eBay's virtual closet.
Advertisement
Tell us a bit about your career path — we sometimes get lost in all the details.
“I was always a little diffuse in my career goals. I've let my passions guide me. I learned in later years that that’s an asset not a liability. Yeah, I threw parties in the mid ‘90s for Paper magazine, then Details back when it had the Soho loft (oh, those rooftop days!). By the time I made it to Jane magazine, I was its entertainment editor, booking celebrity covers. Jane Pratt was an awesome partner in crime and really knew how to put people together. After 10 years in print, I left the business to shoot a documentary in Cuba and reemerged in New York two years later to reinvent myself as a digital girl.”
And by that you mean a digital specialist and curator for The Inside Source at eBay. What's that like?
“I spend all day sifting through its virtual closet — infinite amounts of goods from fashion to tech — pulling out inspirational items for our readers. I also get to travel around the world to eBay offices, championing the brand through events and DJing. Next up is eBay China, which just opened!”
But you're also still doing work for other clients, hosting a radio show, and more? How do you keep that all balanced?
“Discipline. Planning your day wisely is key. I love making lists and crossing things off. Also, I thrive on multitasking. In the past 20 years, I've worked in many different industries from event planning to magazine editing to DJing to curating. Usually one task feeds the other. With the Internet generation, for some bizarre reason, it's finally accepted to master multiple skill sets without being apologetic.”
Advertisement
Now, how did you first get into DJing and music?
“My grandfather owned a famous restaurant in prerevolution Havana called Centro Vasco in the ‘40s and ‘50s. My father brought the restaurant to Miami in the ‘60s with a supper club featuring legends like Celia Cruz and Cachao performing. Everyone from Versace to Madonna partied there. My mom was always the host, so they sort of rolled their eyes with a knowing smile when I made it to New York to throw parties and DJ. It's also no surprise I'm hosting a radio show with Cuban Jazz on radiolily.com, especially since I still play some of my mom’s old vinyl.”
As an experienced party planner, tell us all about the most epic party you’ve been to, ever.
“I'd say the most joyous party I've been to recently was the April 2012 opening-night bash for the biennial in Havana, Cuba. Artists Jose Parla and JR had arrived to paint murals for their project ‘Wrinkles of the City.' It was the first time my young Cuban friends mixed with some of my New York posse. Everyone danced with abandon to a DJ set by Gilles Peterson. After that, our big group walked along the Malecón to the Plaza de Armas with a bottle of Havana rum as we laughed and danced to the sunrise…a magical night.”