While any tale or sighting of Anna Wintour may strike a bit of intimidation within any single person — fashion fanatic or not — we had no reason to believe her power of influence also came with Miss Cleo-like psychic abilities. But Grace Coddington's recent
Interview
magazine feature tells us differently. In a friendly chat with the former Balenciaga designer Nicolas Ghesquière, Coddington speaks of her new memoir, epic career, love of cats, and of course, what exactly happened that brought the famous redhead to Vogue. Was there an application? An interview?

Advertisement
It turns out, there was hardly as much as a conversation. After Wintour snagged the EIC title for American Vogue, Coddington called her to congratulate and, as she explains, "half-joking" asked if Wintour would ever work with her again. Before the two could even enjoy a celebratory drink, Wintour told Coddington, “Start on Monday — I’m starting on Monday.”
Okay, so we can't necessarily claim that Wintour can write prophecies like a modern-day Nostradamus, but her right-hand creative director does claim that she "knows exactly what everyone is doing and thinking." And we think that's a just-as-valuable skill. (Styleite) 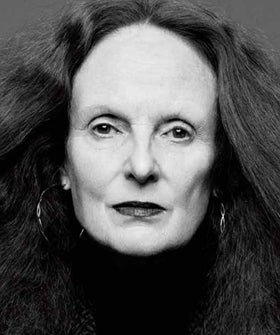 Style
20 Underwire Swimsuits To Add To Your Rotation
by Eliza Huber
Sustainability
Fashion Brands Are Banding Together To Reduce Packaging Waste
We’ve been paying closer attention to our clothes’ environmental impact: practicing sustainable habits by repurposing garments, choosing recycl
by Emily Ruane
Style
Your Animal Crossing Avatar Can Now Wear Marine Serre Moon Print ...
Over the last five months, I’ve spent most days in pajamas, house dresses, and sweatsuits — but I’ve been living out my fashion fantasies in Animal C
by Irina Grechko
Most Wanted
It’s Time To Take Cole Haan Out Of The Shoe Friend Zone
It’s true — Cole Haan has been in the shoe friend zone for too long. We’ve associated the 100-year-old footwear company with support, comfort
by Emily Ruane
Backish to School
14 Ultra-Comfy Bathrobes Every College Student Needs
by Jennifer Mulrow
Style
Venus Williams Wants You To Feel Like A Superhero In Her New Launch
It’s only been three weeks since Venus Williams announced her clothing line EleVen’s new collection of tennis wear, yet the tennis star is already back
by Eliza Huber
Style
Is Sustainable Loungewear The Future Of Fashion?
Six months ago, the only thing that would get me to even look at a matching sweatsuit was Zoë Kravitz — wearing one (from Entireworld) underneath a moss
by Eliza Huber
Most Wanted
Comfy-Shoe Lovers: Cole Haan’s On Super Sale At Nordstrom Rack
by Emily Ruane
Fashion
These 5 Dresses Were Everywhere This Summer
by Irina Grechko
Style
20 Summer Outfit Ideas To Steal From Copenhagen’s Coolest
by Georgia Murray
Most Wanted
11 Bestsellers That Outdoor Voices Can Hardly Keep In Stock
by Karina Hoshikawa
Most Wanted
$7 Face Scrubbers, Rice Cookers, & Other Top Buys Of The Week
by Elizabeth Buxton
Discover
R29 Stories & News
Watch
R29 Original Series & Films
Shop
R29's Most Wanted