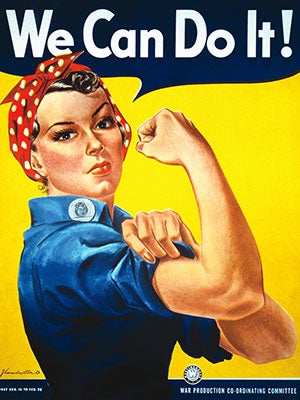 Yes, it's 2013 and you're still reading headlines about sexism, because every day, both men and women still encounter or witness sexism happening. That's why Laura Bates' aptly named The Everyday Sexism Project, has collected nearly 250,000 stories in less than a year.
Everyday Sexism, founded by the 26-year-old Bates, provides a forum for people to document their experiences with "casual sexism," and broadcast it for the world to see.
Her argument? That many women don't realise they've been sexually assaulted or harassed because such activity has become so commonplace. She wants women to know that things like cat-calling or bottom-pinching are not only unwelcome, they're mostly illegal. For example, in the U.K., it's illegal to grope someone in a night club — and yet, this sort of thing happens so often that women not only endure it, they've come to expect it. Bates's site exists to showcase the frequency of these acts, and the fact that they should be addressed. Oh, and it's about to be turned into a short film as part of the Gucci project, Chime For Change.
More than one commenter and critic of the site has fallen back on that safety-net of anti-feminists: a call to lighten up and get a sense of humour. But let's all take a moment to remember this: At its most basic definition, feminism is the simple belief that women and men ought to have the same rights and be equal. And inequality is hardly something we have a sense of humour about. (Daily Mail)

Photo: Via The National Archives

Horoscope
Your Horoscope This Week
by Venus Australis
Deals
Score A Bestselling Vibrator For Up To 60% Off (Or, For FREE)
by Karina Hoshikawa
Coronavirus
The COVID-19 “Super Strain” Should Make You Rethink T...
By now, you’ve probably heard about the new mutant strain of COVID-19. The variant, known as the SARS-CoV-2 lineage B.1.1.7, originated in the U
by Elizabeth Gulino
Horoscope
Jupiter Is Squaring Uranus, & It’s Time To Embrace A New Mi...
The year is already off to a wild start, and an unpredictable transit on January 17 might add fuel to the fire. That’s when Jupiter, the Planet of Lu
by Elizabeth Gulino
Sex Toys
20 Gift-Worthy Sex Toys To Make Valentine’s Day Even Sexier
by Erika W. Smith
Coronavirus
If I Had COVID-19, Should I Still Get Vaccinated?
The Moderna and Pfizer vaccines are slowly continuing to become more widely available nationwide, and it looks like the Johnson & Johnson vaccine may b
by Molly Longman
Coronavirus
The Most Breathable Face Masks To Run In
by Karina Hoshikawa
Wellness
6 Ways To Relieve Your “Winter Pandemic Scaries”
It was roughly mid-August when it first occurred to me how much I was dreading winter in a pandemic. It was a feeling akin to the Sunday scaries. By Septem
by Molly Longman
Fitness
Workouts To Stream If You’re Still Avoiding The Gym
by Molly Longman
Sex
Quarantine Sex Stories From Real People
by Molly Longman
Health News
The Supreme Court Just Reinstated An Abortion Pill Restriction
On Tuesday, January 12, the Supreme Court ruled to limit access to medication abortions, at the request of the Trump administration. The order reinsta
by Elizabeth Gulino
Abs Exercises
This 12-Minute Core Workout Doesn’t Contain A Single Crunch
by Kayla Itsines
Discover
R29 Stories & News
Watch
R29 Original Series & Films
Shop
R29's Most Wanted