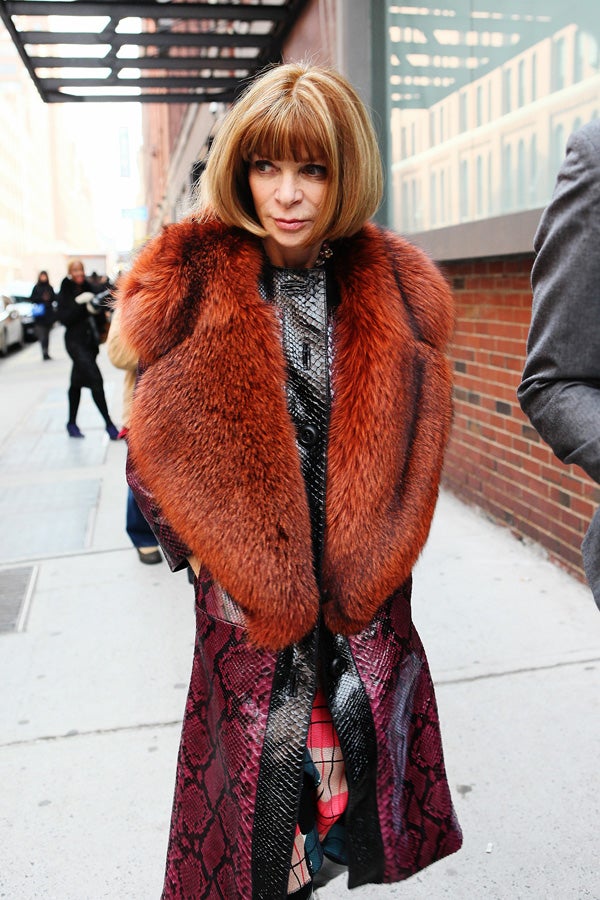 There are a few things we'd like to discuss about this Anna Wintour photo. She doesn't have body guards, she's not in a Mercedes Benz (ahem, like she was when she rolled literally up the curb to the Jason Wu show), she's not wearing her signature sunnies, and (gasp!) she's looking rather sheepish. It's almost as if Anna's letting her over-the-top collar do the fierce-talking for her. And by the way, that is a magenta python-skin coat that would look questionable on anyone else. That Anna Wintour, she really gets away with everything... it's almost like she runs Vogue or something.

What do you think of Anna's demure look? Is she camera shy or just playing nice? Tell us in the comments below!