Skip navigation!
Story from Bags
Photo: Jeremy Moeller/Getty Images.
For the last few years, my Instagram feed has been inundated with photos of tiny purses — celebrities toting them on award show red carpets, influencers using them as style props, friends posting their best tiny designer dupes in their Stories. And while the handbag trend previously showed no signs of slowing down, since the pandemic took hold, something seems to have changed. My theory: The novel coronavirus is on its way to throwing the micro bag out the window — and it probably won’t make a sound when it lands.
The bite-sized bag craze over the last few years can be traced back to French fashion designer Simon Porte Jacquemus, who unveiled his now-ubiquitous three-inch handbag, the Le Chiquito, at the spring-summer 2018 show for his namesake brand. At first, the meme-worthy accessory left some fashion fans, myself included, perplexed: Who would pay a full $500 for a bag that can barely fit a credit card? As it turns out, lots of people; soon after the show, images of Le Chiquito began popping up all over the internet, strewn across the bodies of celebrities like Rihanna and every single Kar-Jenner sister. Though many of those initial bags could have been gifted to their wearers, Le Chiquito’s true impact lay in the way it was next imitated. Soon enough, everyone from indie labels to fast fashion giants rolled out their own version of the mini bag design, turning it from a somewhat-aspirational item into an attainable trend. Today, you’d be hard-pressed to find a handbag line that doesn’t include some iteration of a comically downsized purse. And they’ve gotten smaller — for his fall-winter 2019 collection, Jacquemus designed an even tinier version of Le Chiquito, dubbed the Le Chiquito Petit, which clocks in at a mere two inches wide and sells for $255.
Advertisement
Clearly, the micro purse is not worn for its utility, and, prior to this year, that was never a problem for its devotees, who either sacrificed function for fashion or didn’t need to carry much of anything. They got by just fine in a world that hadn’t yet learned of government-mandated face coverings and hand sanitizer shortages. Still, while Le Chiquito and its imitators might have been endearing in that universe, today they feel almost offensively useless.
Photo: Jeff Kravitz/FilmMagic.
Months into a global pandemic, our relationship with fashion has shifted. To be worth buying in the economically uncertain age of COVID-19, garments and accessories must be, at the very least, in tune with our new lifestyles. In the case of handbags, that means accommodating a newfound need for preparedness that’s become the norm for most, even the rich and famous. Forgetting something at home is no longer a simple inconvenience, but a real fear with potentially severe implications. No mask? In many states, you’ll be prohibited from entering any establishment, and even where it’s legal to go mask-free, you could put others at risk. No hand sanitizer? Though surface transmission of COVID is unlikely, it’s still possible, so have fun making peace with that on your trip to the grocery store. Even leaving your phone at home has become more tumultuous; what if you miss an alert about a new precautionary government order? In short, if your favorite purse can’t hold everything you need to feel OK about going outside, it’s probably going to sit in your closet for the foreseeable future.
Advertisement
The micro purse is symbolic of a privilege we no longer have: the ability to leave home with nothing but your phone, money, keys, and maybe a Chapstick. That said, the coronavirus has set the stage for a new generation of practical It bags. We've already seen hints at the return of large, sturdy bags from brands like Bottega Veneta and Nanushka over the last few seasons, but COVID-induced caution could be the final straw to solidifying the true comeback of the massive carryall. And listen, I know you love your New Yorker bag, but canvas totes don’t count. Beyond providing no security for the items inside, they’ll never fill the void left by something as luxe as an expertly made purse. There’s something particularly un-special about opting for a flimsy old shopper on a night out, even if it is just a socially distanced carryout date. Enter the likes of Bottega’s The Pouch, the Cult Gaia Hera Bag, and Baggu’s Large Leather Tote.
If the idea of carrying a slouchy shoulder purse makes you fear looking like a Blair Waldorf impersonator, know that there’s already a whole market for quality spacious bags that don’t look like they were plucked from the early 2000s. In fact, plenty of styles are chic enough to give Le Chiquito a run for its money. More importantly: They have more than enough space to hold your personal COVID emergency kit.
At Refinery29, we’re here to help you navigate this overwhelming world of stuff. All of our market picks are independently selected and curated by the editorial team. If you buy something we link to on our site, Refinery29 may earn commission.
shop 5 products 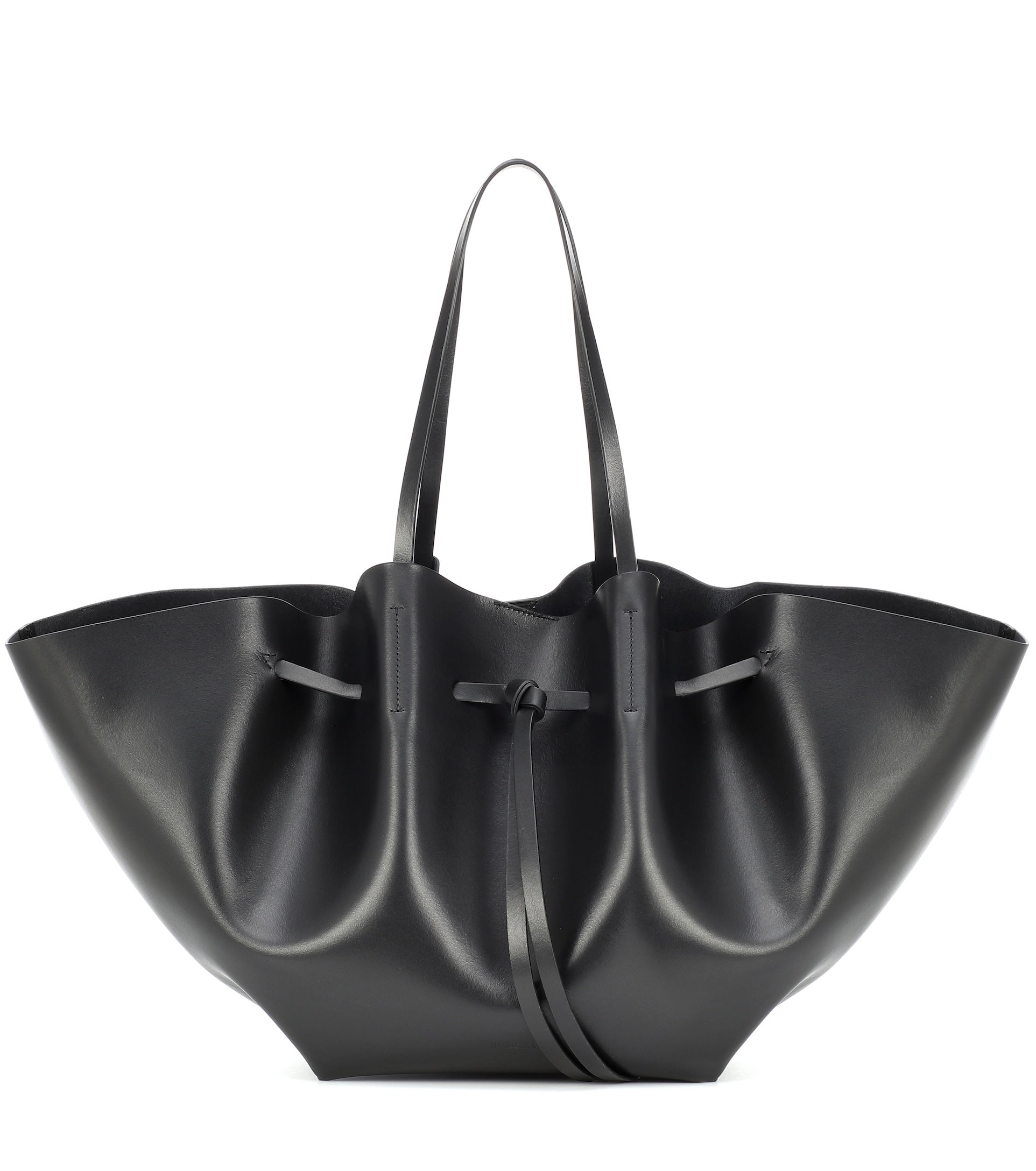 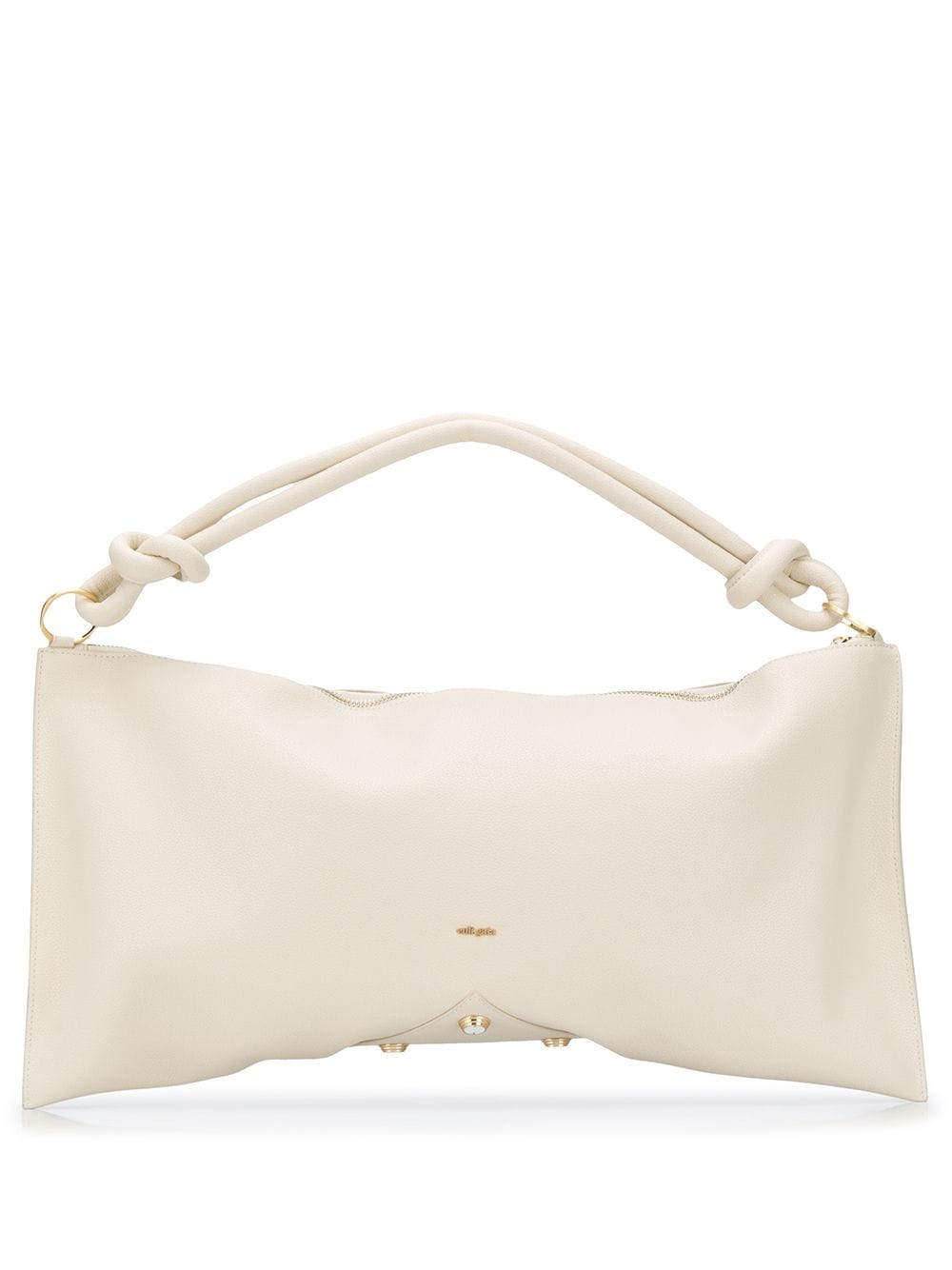 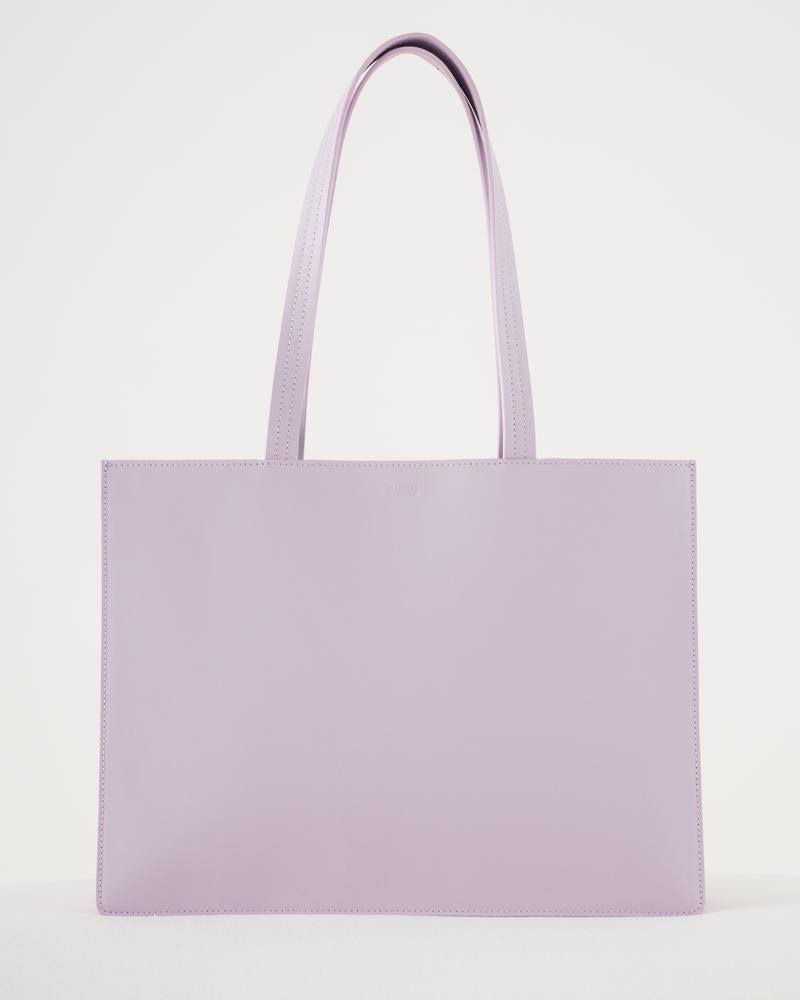 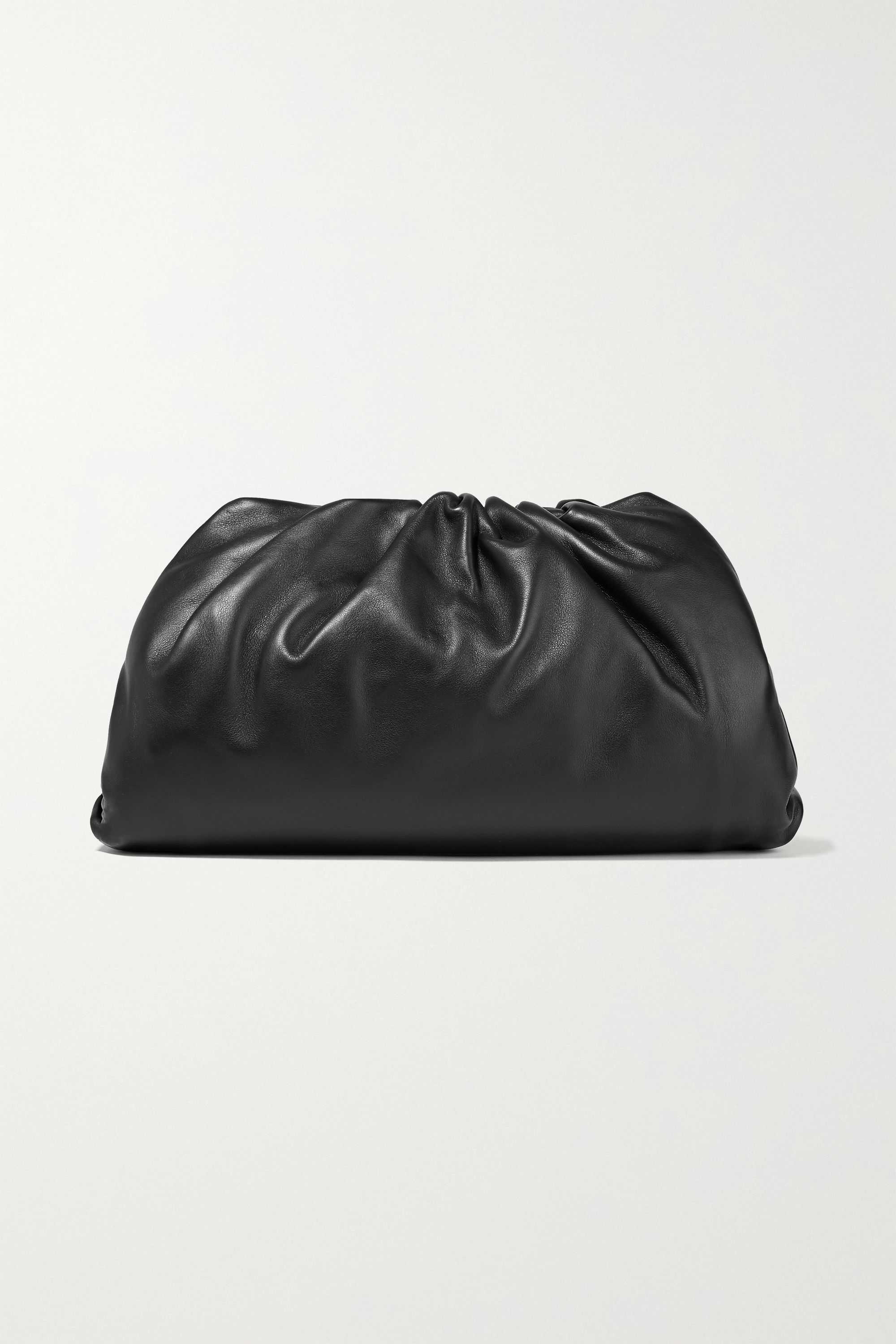 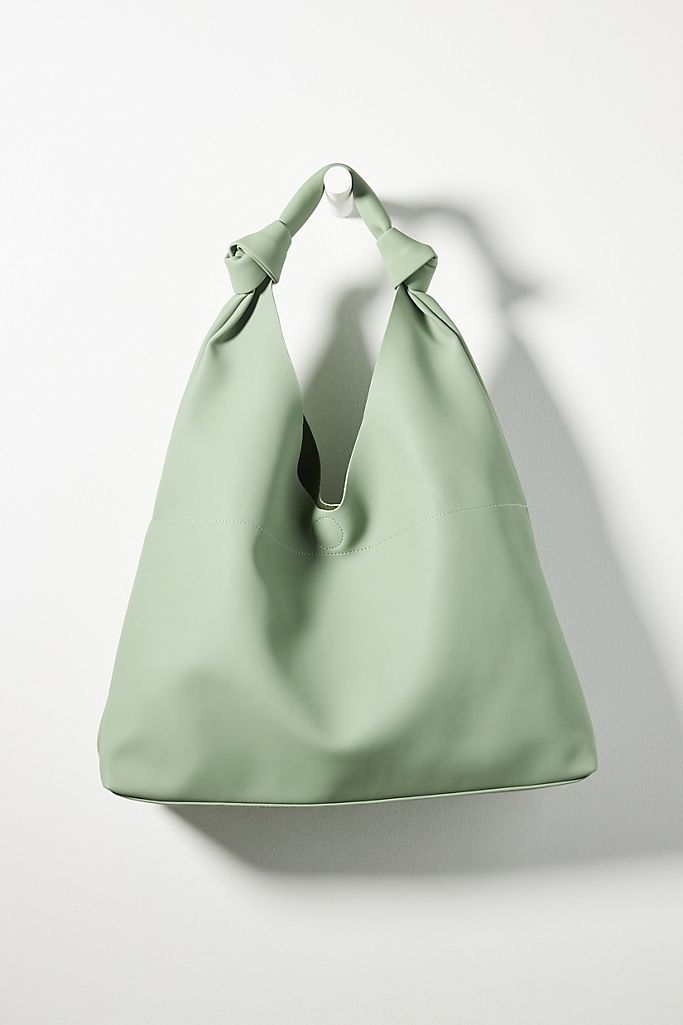 Urban Originals
Este Slouchy Tote Bag
$88.00
Anthropologie
Denim
These Top Jean Trends Are The Stuff Of Denim Dreams
Fashion icon Diana Vreeland once famously said: “Blue jeans are the most beautiful things since the gondola.” You certainly don’t need to
by Amanda Randone
Best Wedding Dresses
6 Bridal Fashion Trends That Will Be Everywhere In 2023
This year, wedding fashion will take a turn for the glamorous. As evidenced by the New York Bridal Fashion Week Fall 2023 lineup, casual slip dresses and m
by Frances Solá-Sant...
Fashion
7 Shoe Trends To Up Your Footwear Game In 2023
If your New Year’s resolution is to treat your wardrobe to a seasonally appropriate update, the best place to start is from the bottom. Solid style choic
by Amanda Randone
Advertisement
Fashion
6 Fashion Trends That Will Take Over 2023 — Shop Them Now
Four months after the new runway collections made a case for all we should expect in the new year, the 2023 fashion trends have started making their way in
by Irina Grechko
Fashion
8 Jewelry Trends That Will Ensure You Shine Bright In 2023
If your outfits aren’t making you smile, it might be time to update your accessories collection. At least that’s what Shopbop fashion director
by Amanda Randone
Engagement Rings
7 Engagement Ring Trends That Will Be Big In 2023, According to E...
Unlike popular runway styles, engagement ring trends tend to move on a slower, subtler track (there’s not a wedding ring equivalent of a butterfly top or
by Nicole Kliest
Fashion
7 Handbag Trends To Tote Around In 2023
While a new year doesn’t necessarily need to mean a new you, it could mean it’s time for a new handbag. This essential piece of your next arm p
by Amanda Randone
Coats
Scarf Jackets Are Winter’s Most Viral Coat Trend
HeatTech leggings, turtleneck, North Face jacket, scarf, beanie. That’s the winter essentials lineup I return to again and again when bundling up for the
by Aemilia Madden
Fashion
Mood Jewelry Is Back — & All Grown-Up
Some of my earliest memories of experimenting with personal style include acquiring a sizable collection of mood rings. Most were run-of-the-mill versions
by Shelby Ying Hyde
Fashion
5 Style Aesthetics That Will Take Over Fashion In 2023
The concept of fashion aesthetics is nothing new to the trend forecasting industry. Seasonal style stories that often pop off on social media platforms lik
by Kendall Becker
Fashion
How To Style Cowboy Boots For Winter — According To R29 Editors
Following the year-long reign of platform heels, there’s a new shoe trend that’s set to steal the spotlight this winter: cowboy boots. Having f
by Irina Grechko
Fashion
12 Must-Have Winter Essentials, According To Fashion Insiders
Every season, a new selection of soon-to-be bestsellers hits our favorite fashion retailers. With so many winter 2023 trends and products to keep
by Irina Grechko
Advertisement
Advertisement
Discover
R29 Stories & News
Watch
R29 Original Series & Films
Shop
R29's Most Wanted