Skip navigation!
Story from Shopping
The streamlined mom-jean has become a signature for the fashion set, but if you've ever tried it out yourself (and stood, perplexed, in the dressing room, trying to figure out why your butt looks like a '90s sitcom mom while the butt on your Instagram feed looks like a hot mom), you might question the trend. Here's what's up: Most girls in the know buy their jeans from RE/DONE, which reconstructs perfectly worn-in, yet completely modernized, pairs of Levi's. The catch is that they cost about $250 a pop. But now, RE/DONE and Levi's are coming together to offer the iconic pairs to an even wider audience.
Advertisement

RE/DONE's one-of-a-kind, "luxury" jeans were selling out in minutes, and the white RE/DONE label became a symbol of victory — of finally scoring a perfect vintage jean that fit like a glove and looked damn good. It's a classic success story: The brand found a need in the market at the right time, promised to solve it, and delivered. The only strange part was that it was essentially making money off of someone else's denim. Somehow, for about the first year of RE/DONE's existence, it got away with this without any public run-ins with the actual creator of this sought-after denim. Its About page reads, "Our RE/DONE jeans are a celebration of the Levi’s jean’s past and a continuation of the jean’s individual story." We wondered how the Levi's folks felt about this new brand's overnight success thanks to Levi's signature denim. Despite Levi's recently relaunched and revamped women's denim line, we can't help but feel that reconstructed vintage is what the classic brand should've been offering this whole time. Truth be told, RE/DONE just beat Levi's to taking back its original fame and glory — while the Levi's team were back at the drawing board coming up with new shapes, fits, and silhouettes they thought women would want, RE/DONE was already winning those women over. So, it makes sense that the two brands are finally coming face-to-face for a collaboration. Last night on Instagram, RE/DONE and Levi's announced their official partnership, coming this fall — using an image of a perfectly fitted Levi's butt, no less. Only now, that enviable white tag will show off both brand names (RE/DONE | Levi’s), which seems like a more than fair compromise to us. “We started the company because we love the Levi’s heritage and all the people that have worn them through the ages, from Steve McQueen to Kate Moss, and we are so excited to now be partners with the brand that inspired us to start RE/DONE,” says Sean Barron, co-founder of RE/DONE, in a press release. The jeans will retail for the same RE/DONE price ($250 - $300), which is significantly higher than Levi's typical fare. Starting this fall, RE/DONE | Levi’s will be available where RE/DONE is sold (www.shopredone.com and Barneys New York) and in select retailers around the globe. Not only will RE/DONE get to continue capitalizing on its success (according to the same release, there are over 2,000 names currently on the waiting list for a pair), but now, Levi's has part ownership, too. Considering there would be no RE/DONE without Levi's, it's the least the younger brand could do — and for us, that means we can all achieve a perfectly shaped mom-jean butt.
Shop This
RE/DONE
The Relaxed Crop
$255.00 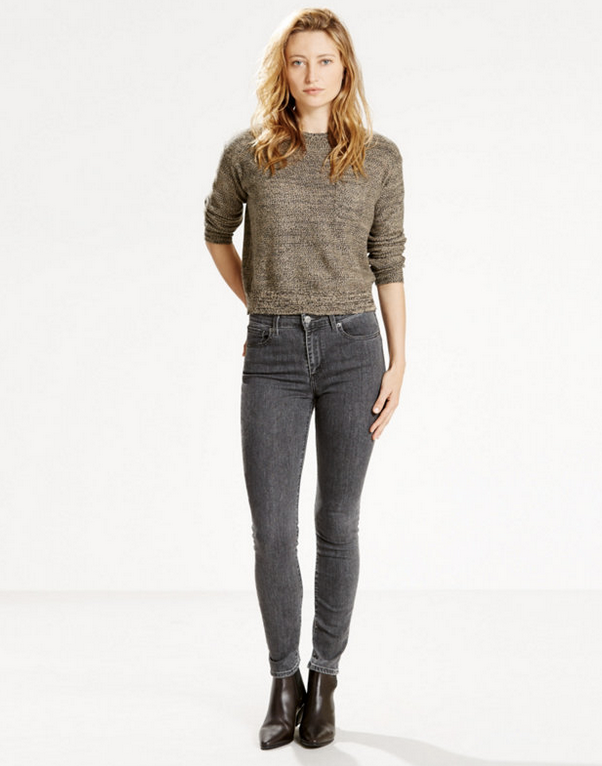 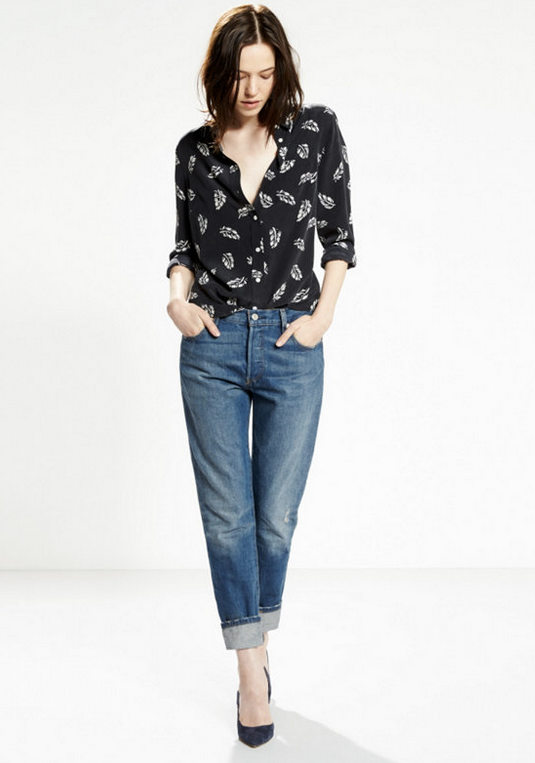 Levi's
501® Ct Jeans For Women
$98.00
Amazon
These Are The Most Popular Halloween Costumes On Amazon
by Emily Ruane
Fashion News
Madewell’s New Loungewear Is A Crowdsourced-Dream Come True
by Emily Ruane
Fall Fashion Guide
This Retro Fleece Trend Is Making Its Cozy Comeback
by Cortne Bonilla
Shopping
17 Pairs Of Black Tights That Will Save You This Winter
by Ray Lowe
Most Wanted
Allbirds’ New Eco-Apparel Is Here — & We Wore It First
While the interest in conscious consumerism has been long brewing, 2020 seems to be the year that brands are finally adding themselves to the sustainable s
by Emily Ruane
Gift Guides
15 Tie-Dye Gifts So Cool, You’ll Want To Keep Them For Your...
by Mary Frances Knapp
Shopping
You’ve Got 36 Hours To Score Everlane’s Cashmere Swea...
by Lourdes Avila Uribe
Online Shopping
Polished Loungewear Styles For 24 Hour Comfort
by Alyssa Hardy
Shopping
22 Personalized Necklaces That Making Finding A Special Gift Easi...
by Alyssa Hardy
Shopping
20 Just-Right Jackets To Layer Up With In Cooler Weather
by Alyssa Coscarelli
Most Wanted
This Beloved Swimwear Brand Just Dove Into Eco-Friendly Activewear
by Emily Ruane
Prime Day
Walmart’s Big Save Event Has Everything From Small-Space Furnitur...
by Emily Ruane
Discover
R29 Stories & News
Watch
R29 Original Series & Films
Shop
R29's Most Wanted