Skip navigation!
Story from Shopping
Leave it to Gigi Hadid to make hiking look this cool. Hours after announcing her breakup with fellow teen luminary Cody Simpson, the supermodel headed to Franklin Canyon Park with her pal Taylor Swift in tow. The only thing better than the post-heartbreak words of wisdom Swift inevitably offered up? The outfit Gigi wore to soak in her sage advice. She paired colorblocked New Balance running tights with a white tee — but, not just any white T-shirt. It was a subtly sheer, perfectly draped version that has the kind of casually rolled-up sleeves that take hours to master. She’s also successfully wearing a half-tuck with exercise leggings, which theoretically shouldn’t work, but totally does. Rainbow Sauconys, mirrored circle-frame sunglasses, and an enviably top pony rounded out the look. Snag Gigi’s outfit, grab a friend, and head outside. It’ll be good for you — romance troubles or not.
Photo: FM/FAMEFLYNET PICTURES.
Shop This
New Balance
Accelerate Tight
$34.99 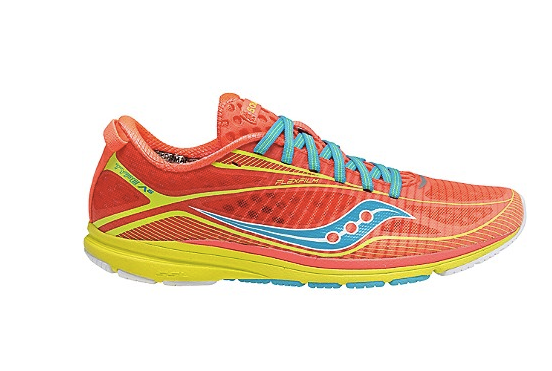 Saucony
Type A6
$100.00
Gigi is wearing New Balance tights, Saucony shoes, and Le Specs sunglasses.
Advertisement
Coronavirus
Here’s Where You Can Buy Non-Medical Face Masks Online Righ...
Update, April 4, 2020: The Centers for Disease Control and Prevention issued a recommendation that President Donald Trump shared on Friday: they are n
by Amanda Randone
Shopping
Cool Bandanas To Shop Now For DIY Face Masks And Beyond
by Amanda Randone
Style
Over A Thousand Pieces From Reformation’s Archive Are On Sale
As part of its continued effort to combat the effects of the COVID-19 pandemic, LA-based sustainable brand Reformation is selling pieces from their archive
by Eliza Huber
Most Wanted
Surprise! Nordstrom Is Giving You 40% Off Dresses And Sandals Rig...
by Karina Hoshikawa
Sales
Everlane Just Extended Its Sitewide 25% Off Sale
by Amanda Randone
Style
We’re Trading In Our Lace-y Thongs For Something A Little M...
by Eliza Huber
Hype Machine
These Are The Top-Rated Indoor Footwear Styles On The Internet
by Amanda Randone
Deals
So Many Dresses On Free People Right Now Are 50% Off
In this unexpected era of work-from-home attire and perpetual pajama days, the thought of putting on something like actual pants or a dress is quickly losi
by Amanda Randone
Beauty
Treat Yourself To Some Luxury With This Major Saks Sale
by Karina Hoshikawa
Most Wanted
Etsy Shared The Top Jewelry Trends People Are Searching Right Now
What is the purpose of accessories if not to decorate our outsides with little hints about who we are on the inside? Jewelry has the power to say a lot abo
by Amanda Randone
Style
Aritzia’s Thanks To You Sale Has Already Raised $3 Million
by Eliza Huber
Shopping
The Best Fashion Deals This Week Include 60% Off Meghan Markle...
by Emily Ruane
Discover
R29 Stories & News
Watch
R29 Original Series & Films
Shop
R29's Most Wanted