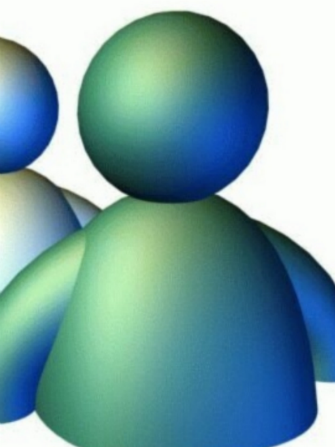 Photo Courtesy of MSN.
Call it the Gchat effect.
MSN Messenger, the ubiquitous instant messaging platform of the early aughties, is no more. After 15 years of facilitating hookups between high school kids, Microsoft will finally pull the plug on its online chat program this fall.
Windows Live Messenger (as it's currently known) will officially be put to bed on October 31. And, while many believed it already extinct, it is still operational in China.
At its peak, Messenger claimed 300 million users, and held the title of the most widely used messaging service in the world. However, as Microsoft began focusing its attention on Skype — after purchasing the video chat platform for $8.5 billion — and Google unveiled their acclaimed Gchat, Messenger suddenly felt antiquated.
Advertisement
So, in honor of the fallen service, here's a transcript of a chat this writer had eight years ago. One that changed his life forever.
Daniel says: Hey Jessica. Do you want to come over and watch The O.C.?
Jessica says: Ew, no.
Daniel says: Why not?
Jessica says: Because you're a boy and you smell bad.
Daniel says: lol.
Jessica says: I'm serious. You should really consider showering.
Daniel says: That settles it. From this day forward, I will shower ever single day, for the rest of my life.
And, so I did.
Pop Culture
DaBaby Is Apologizing (Again) For The Homophobic Rolling Loud Ran...
In Hollywood, problematic stars are unfortunately often given nine lives even after saying and doing terrible things. But every once in a while, “cancel
by Ineye Komonibo
Celebrity Couples
Chris Evans Responds To Lizzo’s “Lil Merica” Pr...
These days, it feels like we’re running into more celebrity baby announcements than Instagram ads. But there’s one pregnancy rumor that we̵
by Natalie Morin
Unbothered
Naomi Osaka & The Uphill Battle Of Black Women In Sports
As many rally around Simone Biles and Naomi Osaka amid their recent Olympic exits, revisit our piece on Naomi Osaka’s Netflix documentary and the uni
by Ineye Komonibo
Advertisement
Entertainment
Kanye West Is Actually Nesting Inside Of Mercedes-Benz Stadium To...
On Thursday July 22, thousands of fans and friends joined Kanye West at Atlanta’s Mercedes-Benz Stadium to get a preview of his highly anticipated tenth
by Ineye Komonibo
Pop Culture
The Theory That Kourtney Kardashian & Travis Barker Are Married I...
Updated July 28, 2021: Kourtney and Travis truthers, your time is here — the rumors about the Hollywood couple tying the knot might actually be true. At
by Natalie Morin
Entertainment
Paris Hilton Addresses The “3,000 Texts” About Her Ru...
As Paris Hilton continues to grow her business empire with the upcoming release of Netflix cooking show That’s Hot, the heiress is also working on ex
by Ineye Komonibo
Celebrity Couples
Is Bennifer 2.0 A PR Stunt? Yes & No
Are Jennifer Lopez and Ben Affleck for real? It’s a valid question that’s been on our minds for weeks, ever since the former lovers were first rumored
by Anne Cohen
Entertainment
Exes Jennifer Lopez & Alex Rodriguez Are On Separate Birthday Tri...
While Jennifer Lopez is ringing in her fifty-second birthday on a yacht with a kiss from new-but-old flame Ben Affleck, her ex-boyfriend Alex Rodriguez is
by Ineye Komonibo
Celebrity Couples
Issa Rae Got Married In France Because That’s Her Business
If you’re (im)patiently anticipating the final installment of Issa Rae’s hit series Insecure, you’re going to have to keep waiting for qu
by Ineye Komonibo
Pop Culture
Courtney Stodden Urges Chrissy Teigen To “Stop Griping̶...
Courtney Stodden slammed Chrissy Teigen — who admitted to cyberbullying the TV personality when they were 16-years-old — for continuing to “gripe”
by Natalie Morin
Celebrity Couples
Thanks To Leah Remini, Jennifer Lopez & Ben Affleck Are Now Insta...
It’s been three months since Jennifer Lopez and Ben Affleck got back together after almost 20 years of dating (and marrying) other people, but the Ho
by Ineye Komonibo
Celebrity Couples
Anna Faris Is Happily Married After Eloping With Fiancé Michael B...
Since Anna Faris’ very public divorce from Chris Pratt in 2017, the actress has been making a concerted effort to keep the details of her love life far m
by Ineye Komonibo
Advertisement
Advertisement
Discover
R29 Stories & News
Watch
R29 Original Series & Films
Shop
R29's Most Wanted