Skip navigation!
Story from Celebrity Style
Hey, overzealous political aficionados! Who cares if the election isn't for another three years — you can still buy your 2016 Hillary Clinton campaign gear right now. Ready for Hillary believes the sooner we start showing support, the more likely Hillz will actually run for office. Think of it as a not-so-harsh way of peer pressure. 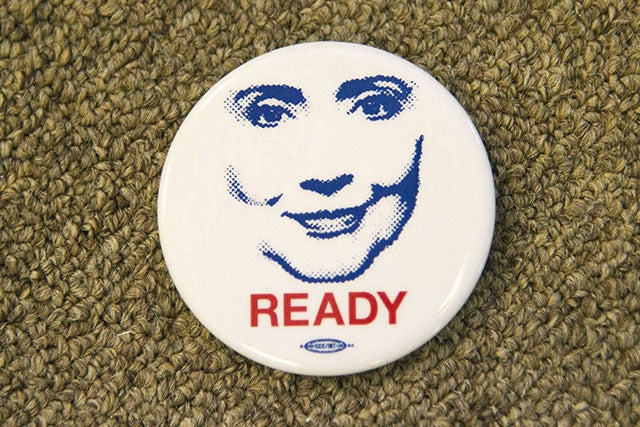 Photo: REX USA/Patsy Lynch/Rex.
Started in January 2013, Ready for Hillary has grown from two volunteers to over half-a-million supporters and 10,000 donors. They are in no way affiliated with Clinton herself, but are registered with the Federal Election Commission, and have taken it upon themselves to set Clinton's presidential campaign in motion even though she hasn't even made an announcement. Expect diehard fans and ironic hipsters to sport Clinton's beaming mug on tees and bumper stickers now that the foundation has released official gear on their site, so go nuts if you're so inclined. The real question is, is Hillary ready Hillary? 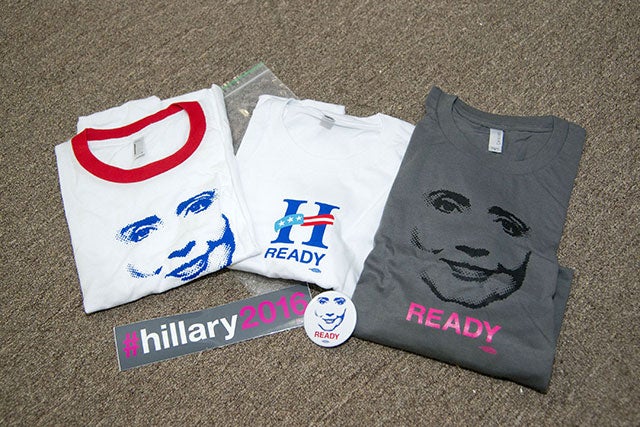 Photo: REX USA/Patsy Lynch/Rex.
Style
Sarah Jessica Parker Made Long Underwear Look Surprisingly Chic
On Tuesday, following the Sex and the City reboot announcement, Sarah Jessica Parker was spotted in her footwear brand SJP by Sarah Jessica Parker’s
by Eliza Huber
Style
9 Non-Traditional Celebrity Wedding Looks
by Eliza Huber
Style
Olivia Wilde Wore A Pearl Necklace From Harry Styles’ “Golden” Video
Over the weekend, Olivia Wilde was seen leaving the Los Angeles home she previously shared with actor and ex-fiancé Jason Sudeikis. Alongside a pink crewn
by Eliza Huber
Style
J.Lo Wore The North Face Jacket On Everyone’s Winter Wishlist
Even during the pandemic Jennifer Lopez has maintained her impeccable sense of style. The 51-year-old’s sartorial genius was proven supreme on Monday, wh
by Eliza Huber
Style
Gigi Hadid’s $150 Plaid Coat Is On-Trend — & Still Available
Over the weekend, Gigi Hadid stepped out for a stroll around New York City’s Lower East Side neighborhood alongside her newborn daughter. For the occasio
by Eliza Huber
Style
Zendaya’s GQ Cover Story Will Convince You To Jump O...
On Monday, GQ announced Euphoria lead Zendaya as the star of its February cover. In addition to the cover story, titled “Welcome To Zollywood,” the 24-
by Eliza Huber
Style
Gwen Stefani Recreated Her Engagement Look — & Flashed Her Ring —...
To ring in the new year, Gwen Stefani released a music video for her single titled “Let Me Reintroduce Myself.” In it, she pays homage to her many care
by Eliza Huber
Fashion
Tracee Ellis Ross Has An Outfit For Every New Year’s Eve Mood
Whatever your plans — or lack of plans — are for New Year’s Eve, Tracee Ellis Ross has an outfit to inspire your style choice for the evening. The bl
by Sarah Midkiff
Fashion
A Fox News Anchor Came For Harry Styles’ “Gender-Bend...
Fox News host Raymond Arroyo just learned the power of Harry Styles’ fandom after he dared to make a sarcastic comment about the singer’s “gender
by Sarah Midkiff
Beyonce
Beyoncé’s Holiday Gift Is A Massive F*ck You To 2020
Beyoncé is over 2020 and her family members have a hilarious gift from her to prove it. The award-winning singer gifted the women in her family custom gol
by Sarah Midkiff
Fashion
These Celebrity Holiday Looks Are Perfect For An At-Home New Year...
by Sarah Midkiff
Fashion
Meghan, Harry & Archie Are Putting Their Love Of Beanies To A Goo...
Meghan Markle, Prince Harry, and Archie are using their love of beanies for a charitable cause this holiday season. The Duke and Duchess of Sussex got in c
by Sarah Midkiff
Discover
R29 Stories & News
Watch
R29 Original Series & Films
Shop
R29's Most Wanted