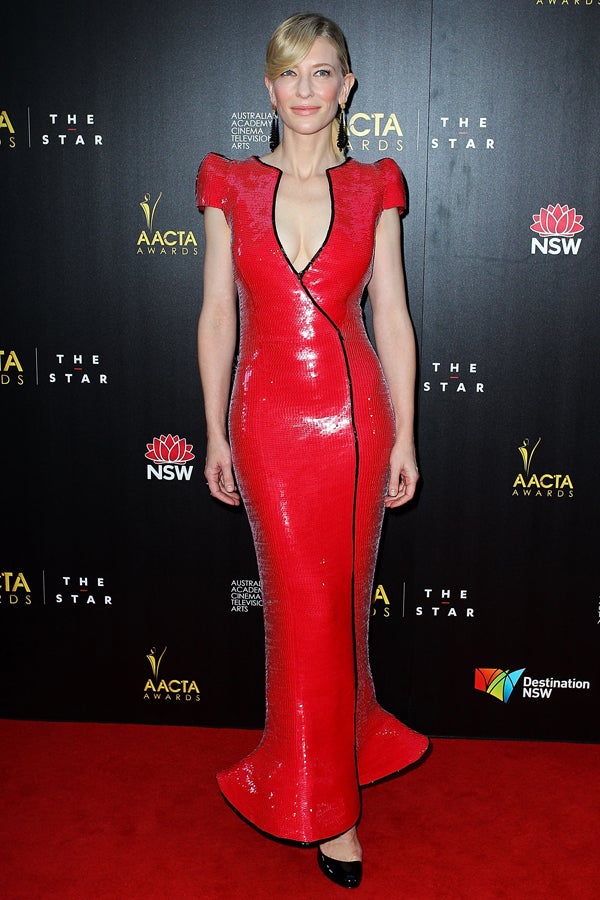 We think there is no such thing as having too much Cate Blanchett, and Armani must agree. The hallowed house has signed the Aussie actress as the face of its fragrances. The new deal will net Cate a whopping $10 million, and isn't her first beauty deal, either (she also is the face of SK-II skin care). According to Armani himself, Cate “epitomizes the woman for whom I design.” It'd be hard to disagree, especially considering how stunning Blanchett looked in her form-fitting, siren-red Armani Privé gown earlier this year. Armani and Cate just seem to get along just swimmingly. (Page Six)

Beauty
Charlotte Tilbury’s New Foundation Is Beautiful — 6 Editors...
Charlotte Tilbury recently launched a brand-new liquid foundation range, called ‘Beautiful Skin.’ The name is based on the formula, which is in
by Megan Decker
Beauty
TikTok’s Rainbow Contour Hack Is So Good, I’m Ditchin...
When it comes to TikTok makeup hacks, the absurd ones tend to go viral. Recently, the app’s beauty lovers were obsessed with the glasses concealer tr
by Jacqueline Kilikita
Beauty
TikTok’s Glasses Concealer Hack Is Ridiculous…But It ...
I’ve tried my fair share of ridiculous TikTok beauty trends. There was the lipstick blush trick (which works in theory but I think I went overboard),
by Jacqueline Kilikita
Advertisement
Beauty
I Tried TikTok’s Viral Jade Roller Hack
I want to get better about using my jade roller. I keep mine in my freezer, which means that I don’t remember I have it until I’m pulling out a
by Megan Decker
Beauty
We Found The 15 Most Giftable Makeup-Brush Sets
by Karina Hoshikawa
Beauty
Amid The Pandemic, Seeing Myself
For so long, my face was meant for the eyes of the world, as if extending an invitation.
by Jean Chen Ho
Makeup
TikTok’s Clean Look Makeup Trend Channels Main Character En...
Over the years, the beauty world has seen innumerable iterations and phases of “natural” makeup — everything from everyday contouring and str
by Pema Bakshi
Most Wanted
Kosas’ 20% Off Sitewide Sale Is On — Here’s What To A...
Very good sale alert: Clean beauty brand Kosas — of tinted face oil and serum-like mascara fame — is hosting a sitewide sale and everything (!) is 20%
by Karina Hoshikawa
Beauty
Glossier’s First-Ever Eyeshadow Palettes Are Effortless, Elevated...
by Karina Hoshikawa
Makeup
5 Popular ’90s Lipstick Shades We’re Still Obsessed W...
by Jacqueline Kilikita
Most Wanted
15 New & Improved Formulas Giving Blush A Better Beauty Rap
by Karina Hoshikawa
Unbothered
Sephora’s ‘Black Beauty Is Beauty’ Short Film Celebra...
Top beauty retailer Sephora is using their international reach to emphasize how Black beauty and Black trends are the blueprints for the beauty industry. I
by DarkSkyLady
Advertisement
Advertisement
Discover
R29 Stories & News
Watch
R29 Original Series & Films
Shop
R29's Most Wanted