Skip navigation!
Story from Entertainment News
When it comes to jealous boyfriends, Ry Gos is the last guy we'd imagine going overboard. Sure, Eva Mendes is beautiful and she probably gets hit on more times than we can count, but c'mon...he's Ryan Gosling. But, every man has a tipping point, and Ryan showed his in a big way this weekend.
During a stay at the Bowery Hotel, the semi-retired actor got into a major scuffle with a fashion photog who got a little too friendly with his rumored girlfriend. The photographer, who had recently shot Mendes, spotted the actress and shouted "Hey Baby!," which caused Ryan to totally flip — to the point that Eva herself had to jump in and calm everyone down. Rumor has it Ry Gos took a subsequent chill pill and shook the photog's hand, but either way, we wouldn't mess with him anytime soon. Maybe he really does need that retirement after all. (New York Post) 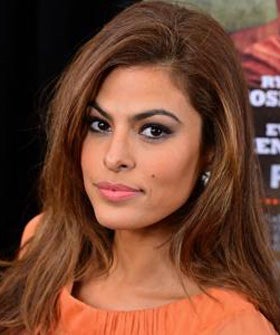