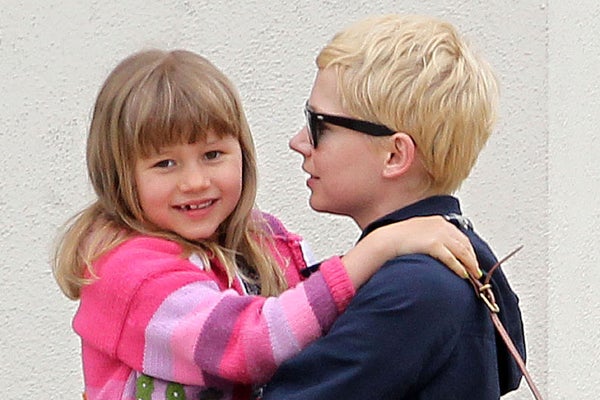 Heath Ledger's death was a blow to the industry, especially to those of us who watched his career progress from the poppy 10 Things I Hate About You to the Oscar-winning Brokeback Mountain. If it's possible to lament something that never happened, as fans we'll always be missing the seemingly endless heights he would've certainly attained were he alive today — and that's nothing compared to the sadness of a young girl growing up without someone who, we imagine, was a pretty great Dad.
On the five-year anniversary of Ledger's death, little Matilda is seven years old and cuter than ever. Though there's another man in her life (who might soon be an official stepdad), she's certainly the spitting image of Heath. In a statement released today, Ledger's parents said Matilda has the same walk, the same long limbs, and the same respectful politesse of her father — not to mention a healthy dose of beauty from mother Michelle Williams. (ONTD)
Today, we're missing a great actor and sending our prayers to his family. RIP.