Skip navigation!
Story from New York
When Mayor Michael Bloomberg shut down the subways at 7 p.m. this past Sunday, it seemed a bit reactionary. In retrospect, it was amazingly prescient. In the aftermath of Hurricane Sandy, the subways are flooded to historic levels, shutting down transportation, commerce, and, indeed, access to the Refinery29 headquarters for what could be days on end. Chairman of the Metropolitan Transit Authority, Joseph J. Lhota noted that the flooding — which has completely swamped at least seven stations and more than one rail yard — was "worse," than his, "worst case scenario." "In 108 years," he said in a statement, "our employees have never faced a challenge like the one that confronts us now." Not only are the tunnels filled with water, garbage, and debris (as you see below), but the electrical lines that power the trains have been soaking in corrosive salt water and loose oil all the while. Eeep! Dire! Those of us who live in here, including the vast majority of the Refinery29 army, know that this changes what this city is and how we use it. For the rest of you...just imagine how you would feel if all the roads going to and from your town just suddenly disappeared for a few days. Historic, right? (Huffington Post) 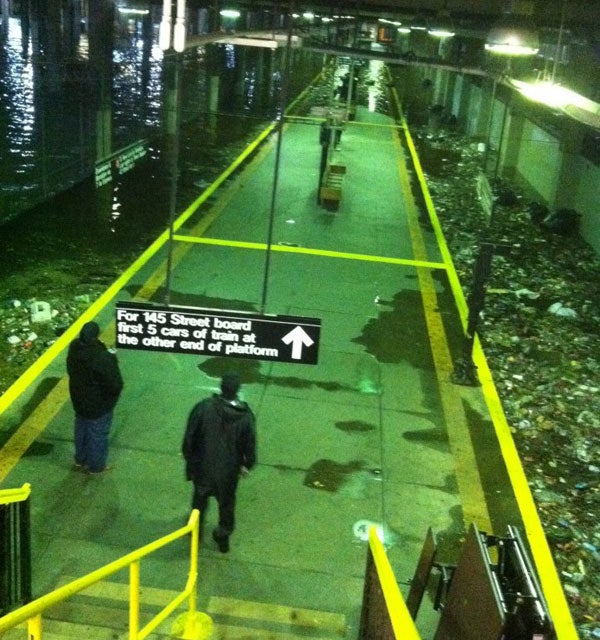