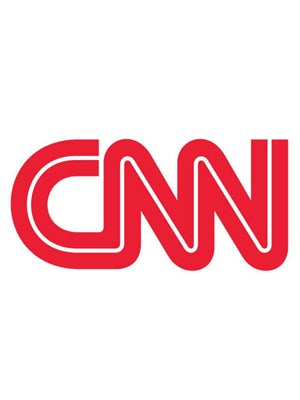 Do hormones drive women's votes? That's a great question, CNN! Of course, it's hard for us to answer because we're too busy crying through a rom-com while eating a chocolate cake to even pay attention to your boring political words. Lucky for us, the Twitterverse already read it and responded, angrily — in fact, the outrage was such that CNN actually took its initial story down.
While we'd much prefer our news outlets have the foresight (and the guts) to defend their own stories, we think this is a fitting response in this particular case. The story began with the corny line "There's something that may raise the chances for both presidential candidates that's totally out of their control: women's ovulation cycles." Oh no! And it gets worse: Apparently, the reason we womens have such a hard time being reasonable is because during ovulation we feel "sexy" and therefore vote for liberal policies on abortion and other issues. The rest of the time — and, according to the study, this is especially true for married women — we try to resist that annoying sexy feeling and therefore lean more conservatively.
Advertisement
Of course, the blame doesn't lie entirely with CNN. The story was based on research by Kristina Durante, an assistant professor in the marketing school at the University of Texas at San Antonio. And while the news giant may have backed down, a spokesperson for the Association of Psychological Science maintains the study's validity, saying "while we recognize that studies of gender and behavior are often controversial, we stand behind the integrity of this study and the journal," Psychological Science, in which it was originally scheduled to be published.
Elizabeth Landau, the author of the CNN story, also defended the article — confusing, because when CNN did eventually take the post down, it offered the following statement: "Some elements of the story did not meet the editorial standards of CNN...[the story] did not channel through the standard internal process and it was not reviewed by senior editorial staff before appearing on CNN.com. As recognized by our leadership, audience and critics, the piece did not meet the journalistic standards of CNN and should not have appeared on our site. We had an obligation to remove it." Hmm. Interesting. (Yahoo!)
So, is this a matter of editorial standards or just a late and less-than-effective spin job?