Story from New York
Update: On Wednesday, October 3, Kara Alongi was found walking along the NJ Turnpike. She appears to be safe (thank goodness), but her Twitter cred may never be the same again. (Huff Po)
We might never get clarity on the circumstances that led to Clark, New Jersey 16-year old Kara Alongi, to tweet "There is somone in my hour ecall 911" but that's exactly what she did around 6:30 p.m. last night.
And today, many hours after Kara's sudden disappearance, police are still searching for answers. What they do know is that Kara's twitter claim is almost certainly erroneous or at least speculative. For one thing, they have concluded that there were no signs of forced entry, rather that a door was unlocked. For another, a local cab driver has properly identified Kara as the girl he drove to the nearby Rahway train station after a call for a pick up was made from the Alongi's home last night.
Advertisement
After the worrying tweet, the police received an onslaught of concerned calls, and, simultaneously, Kara Alongi's twitter received an onslaught of new followers (her account now totals 100,010 followers and two copycat accounts). While the inconsistencies in Alongi's story still lead to troubling ends (the teen has yet to be found), police are hopeful that once the fear of getting in trouble for the probable hoax wears off, Kara will return home.
We're certainly thinking positive thoughts about her swift return home, but the situation raises a lot of questions about the power (and dangers) of social media. We already know that Twitter can help solve crimes, but what's the flipside of that equation? (NJ.com) 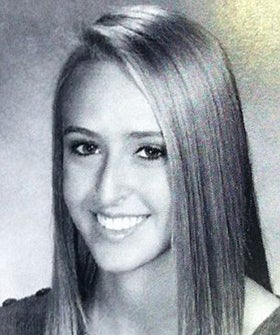