Skip navigation!
Story from Fashion
Photo by Vanni Bassetti/Getty Images
The second instalment of fashion search platform Lyst's 2019 Index has landed, ranking the coolest and most collectable brands and products of the year so far. The first quarter of the year saw Virgil Abloh's Off-White take the top spot for the second time, but Alessandro Michele's Gucci took first place this time around, claiming the title of hottest brand in the world for the fifth time in two years.
Gucci yesterday announced its hiring of diversity chief Renée Tirado after a slew of incidents led to the recalling of a £790 headpiece that resembled a turban, and a balaclava knit that was likened to blackface. "I am confident that Renée will help us create the meaningful change we want to see not only in our company but in the fashion industry," CEO and president Marco Bizzarri said of the appointment.
Advertisement
Daniel Lee's move to creative director of Bottega Veneta back in 2018 has seen the Italian brand undergo a real renaissance, with many hailing it as the new post-Phoebe Philo Celine. While not quite reaching Lyst's top 10, the brand has climbed a mega 26 places this quarter, with The Pouch bag claiming number five in the hottest women's products of the year, generating over 10,000 page views every month since its launch.
It bags are still very much the currency of the fashion set, with Off-White's monochrome Jitney 1.4 'Cash Inside' bag taking the top spot, while Chloé's perennially chic C Mini croc-effect shoulder bag took third position, up 400% in searches quarter on quarter. In the world of footwear, refreshingly, the only two pairs in the top 10 products come in under £55: Teva's Hurricane XLT2 and Topshop's Strippy sandals, both seen on the feet of every influencer on our Instagram feeds, came in at second and sixth place respectively. It's been a good year for the hiking sandal specialist, as searches for Teva are up 350% globally, while Carrie Bradshaw-inspired naked sandals are up 352%.
Speaking of influencers, if you thought their, ahem, influence was waning, think again: according to Lyst, 'product placement campaigns' resulted in huge success for Ralph Lauren, whose tie-dye T-shirt, seen on Gigi Hadid, Adwoa Aboah and Nina Suess, comes in at eighth place. Similarly, the Onia x WeWoreWhat Danielle cow-print swimsuit – endorsed by both Khloé Kardashian and Kylie Jenner – ranks at number seven, with searches up 33% after they wore it.
Advertisement
For those who doubted the ability of celebrity crossovers from music to fashion (c'mon, you remember the scepticism over Victoria Beckham and Kanye's moves before they proved themselves as legitimate creative directors), Lyst's reporting that Rihanna and Beyoncé created the most powerful fashion moments of 2019 so far will have them eating their words. After Bey announced her partnership with adidas on Instagram, the brand's social impressions grew 61% in a mere 24 hours, while the star's own brand, Ivy Park, moved 140 positions up the Index. Rihanna, meanwhile, made major moves in the industry when she broke the news of her Fenty maison launch, generating over 5,000 media articles globally and 7 million social impressions in the first month.
Here are the hottest movers and shakers in the fashion industry in the second quarter of 2019, while you can shop the most hyped products of the last three months below:
Q2 2019 Hottest Brands
1. Gucci
2. Off-White
3. Balenciaga
4. Valentino
5. Prada
6. Versace
7. Fendi
8. Stone Island
9. Nike
10. Saint Laurent
11. Vetements
12. Burberry
13. Dolce & Gabbana
14. Givenchy
15. Palm Angels
16. adidas
17. Moncler
18. Moschino
19. Yeezy
20. Balmain
shop 9 products 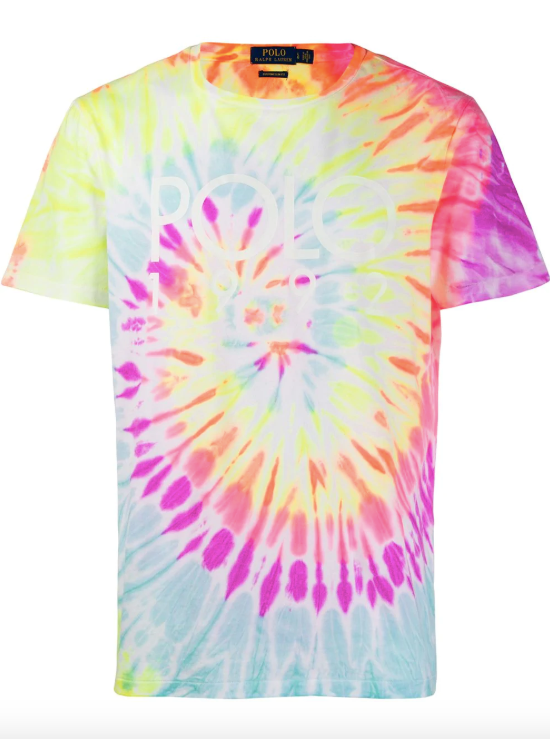 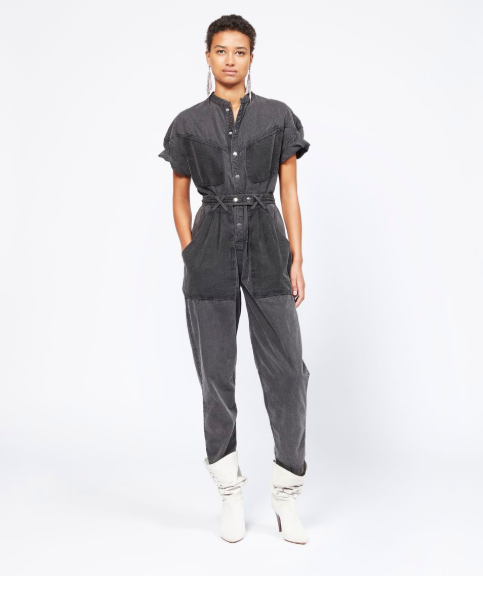 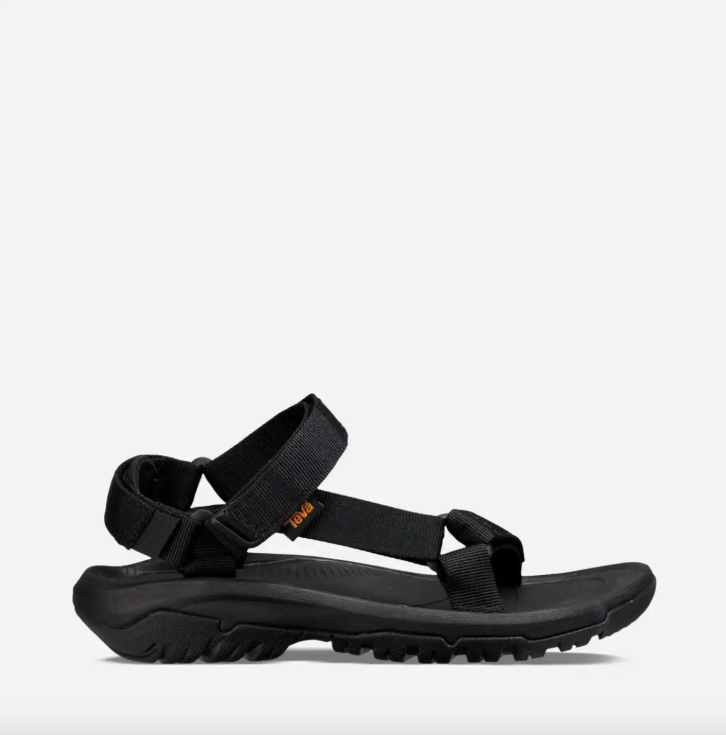 Teva
Hurricane Xlt2
£55.00
Teva
Off-White
Jitney 0.7 Cash Inside Crossbody Bag
£530.00
Farfetch
Fashion
What’s Really Behind TikTok’s “Weird Girl Aesthetic”
Last month, creator @kaiageber chronicled in a Twitter thread a new aesthetic emerging in street style: the “weird” girl. Using photos of influencers a
by Frances Solá-Sant...
Fashion
How To Style Your Cowboy Boots, The Hottest Footwear Of The Summer
by Alicia Lansom
Fashion
Silk Slip Dresses Are Your Answer To Summer Comfort
2
by Ebony-Renee Baker
Advertisement
Fashion
How The White Tank Top Became 2022’s Biggest Fashion Statement
The concept of a capsule wardrobe — a closet made up of a versatile collection of clothing basics like black T-shirts, white button-downs, and little bla
by Frances Solá-Sant...
Fashion
Peeking Boxers Are Coming For Your Low-Rise Jeans
Last year, as the fashion world time-traveled to the early 2000s, visible thongs, also known as whale tails, started popping up everywhere from street styl
by Frances Solá-Sant...
Fashion
The Bodiless Jumper Trend Makes No Sense & I Love It
There are some trends that feel utterly alien until you see them enough times and suddenly they make sense. This happens all over the worlds of fashion and
by Sadhbh O'Sullivan
Best Wedding Dresses
The Latest Bridal Trends Include Embellished Veils & Balloon Skirts
Welcome to Aisle Style, a week-long series that features the most untraditional wedding fashion trends, coolest bridal designers to know, and brides who wa
by Frances Solá-Sant...
Fashion
Peplum — The Trend Everyone Loves To Hate — Is Back & Better Than...
Last Sunday, Nicole Kidman stepped on the 2022 Oscars red carpet, wearing a custom Armani Privé gown that featured one of 2010s defining trends: peplum. B
by Frances Solá-Sant...
Fashion
So How Is It Really? Wearing The Micro Mini Skirt Trend IRL
Thanks to brands like Miaou and Miu Miu, the micro mini skirt is one of the defining trends of 2022. Ever since the Y2K trend appeared on the spring 2022 r
by Frances Solá-Sant...
Fashion
Bold Orange Is Spring’s Most Saturated — & Must-Try — Colour Trend
Dopamine dressing — “happy fashion” made up of bright colours, statement prints, and party-inspired silhouettes — has been one of 2022’s biggest
by Frances Solá-Sant...
Fashion
So, How’s It Really: I Traversed The Earth In Moon Boots Fo...
Refinery29’s selection is purely editorial and independently chosen – we only feature items we love! As part of our business model we do work with
by Alexandra Polk
Engagement Rings
7 Engagement Ring Trends That Will Be Big This Spring, According ...
Pairing the notion of a fashion trend with something as long-lasting as an engagement ring might seem counterintuitive: the former is usually thought of as
by Nicole Kliest
Advertisement
Advertisement