Skip navigation!
Story from Beauty
There's probably one question I get asked most as a beauty journalist: How can I get rid of blackheads? It's something my friends and their partners want to know — even strangers on the internet — and to be honest, it’s a hard one to answer simply.
Firstly it's important to differentiate blackheads from whiteheads, which are small plugged follicles, the contents of which are not exposed to the skin surface, characterised by a pustule on the very top. Blackheads are small hair follicles with dilated openings to the skin. They tend to appear when the opening gets blocked with oil, sebum and dead skin cells. What makes a blackhead appear dark isn’t that it’s full of gunk, but that the sebum blocking the pore has oxidised and changed colour. Blackheads are common, no matter how many scrubs or acids you might employ in your skincare routine. Although you can get rid of blackheads short term, experts argue that the size of your pores is generally determined by your genes, and if your pores appear on the larger side, then it's likely they'll get blocked again.
Advertisement
However, having access to some great treatments and products means I’ve come up with a failsafe plan of action for tackling my pores and inevitable blackheads, and the biggest success is inspired by a cult-famous, industry-approved facial. Enter: Skinwork at Alex Eagle. The Skinwork Signature Facial combines a congestion-clearing cleanse with a collagen-stimulating antioxidant cocktail, a thorough extraction and futuristic-looking heat mask, which leaves your skin glowing and pores minimised. Of course, not everyone has the budget to drop on a fancy treatment (the Signature Facial starts at £140). But if my experience has taught me anything, it's that you don't have to shell out hundreds to get a clearer T-zone. While some steps of this facial aren’t really doable yourself (unless you’ve got a galvanic current face mask in your kitchen cupboard), the gist can be DIY-ed. Here's exactly how to get rid of blackheads at home.

Step One: The Cleanse

Oskia
Renaissance Cleansing Gel
£33.00
Beauty Bay
Dr Dennis Gross Skincare
Alpha Beta Pore Perfecting Cleansing Gel 2...
£46.00
Look Fantastic
All good facials start with a really thorough cleanse and I tend to double cleanse most nights. Experts argue that the first cleanse should consist of something like micellar water to remove any makeup, pollution and general daily dirt and advise a second, water-based cleanse to really target the skin. With this facial treatment, the emphasis is on cleansing the skin thoroughly, taking the time to massage in your chosen cleanser for a good couple of minutes, before rinsing or wiping away any excess with a damp, warm flannel. You can really customise your at-home facial with the cleansers that are right for your skin type. I like to use Oskia’s Renaissance Cleansing Gel, £33, to melt away any makeup and grime. Acid-based cleansers help chip away at the paste-like mixture of sebum and skin in acne-prone complexions. I rate Dr Dennis Gross Alpha Beta Cleansing Gel, £46, as it's a great cleanser if you suffer from recurrent blackheads. The alpha hydroxy acids dissolve the upper layer of dead skin cells, revealing brighter skin beneath.
Advertisement 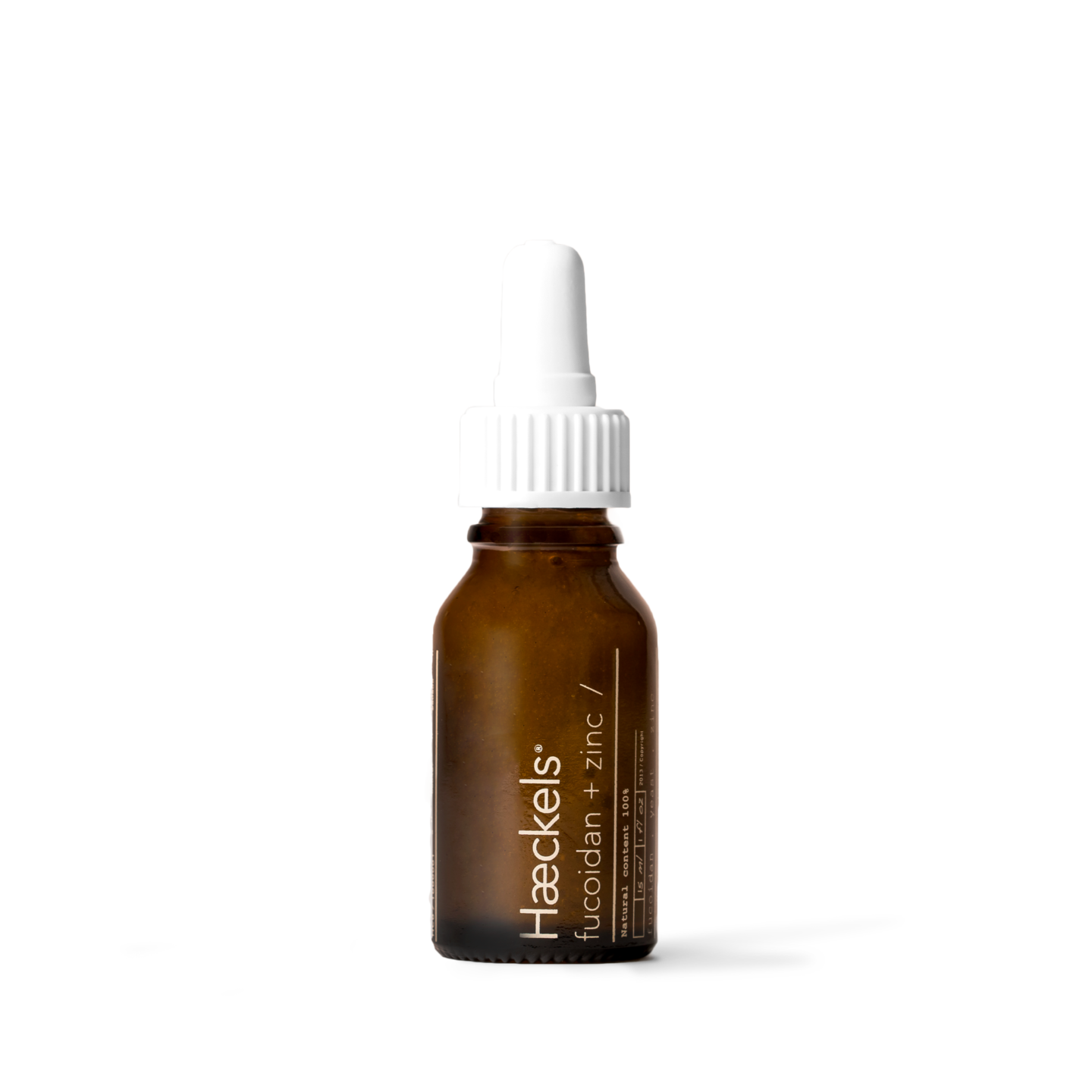 Haeckels
Zinc + Fucoidan Overnight Spot & Acne Trea...
£21.00
Haeckels
Next up: the pore-blasting step. During the Skinwork facial, cotton pads soaked in antibacterial yucca root are placed over the skin and gently warmed with a conical heat mask. This preps the skin for the 'extraction phase'. At home, I like to use Jinmee Hydrapuff Sheets, £6.50, as they’re more absorbent than cotton pads and are also biodegradable. Drench a couple of sheets in your favourite spot-clearing serum — I like to use the Haeckels Zinc + Fucoidan Overnight Spot & Acne Treatment, £21 — before draping them over your face. Then, create your own 'self-heating' mask. I do this with a combination of a dressing gown hood and some carefully wrapped warm flannels placed over these sheets. It’s not glamorous, but it works. Sit back and relax for 5-10 minutes and let the warmth of the flannels gently soften and loosen what's inside your pores.

Before you get carried away, it's important to know that at-home extractions are always a bit of a risky game, and many dermatologists will tell you not to attempt it. You could cause more damage by pressing inflammation deeper into the skin, exacerbating the blackhead and even causing scarring. But let’s be honest, we all pop our spots from time to time, so if you are going to let loose, my advice for this next step is just to try and limit how far you go. Your pores should be softer and easier to squeeze thanks to the warmth from the damp flannel, so make sure your hands are clean and wrap your index fingers in a little bit of tissue, then very gently press any visibly blocked pores. Don’t go in too hard and if the blemish doesn’t budge after one or two attempts, then leave it — you could do more harm than good by carrying on. In fact, you might be dealing with a sebaceous filament, which sometimes get mistaken for blackheads. Here's how to tell the difference.
Advertisement

Vitamin C is a great ingredient. Not only does it give your skin that just-been-to-the-derm glow with use over time, but it helps to stimulate collagen, fade hyperpigmentation and protect against environmental aggressors like pollution, thanks to its antioxidant properties. Ideally you want quite a potent vitamin C product for this, but the beauty of at-home facials is that you can use whatever you have. I love Skinceuticals C E Ferulic, £135, but if that's out of your beauty budget, La Roche-Posay’s Pure Vitamin C10, £38, is a great, more affordable option, which doesn't tend to clog pores further, or The Ordinary Vitamin C Suspension 23% + HA Spheres 2%, £4.90. Pat or swipe your vitamin C serum over your face with clean fingers or use another Jinmee sheet and let it sink in for a couple of minutes before moving on to the next step. 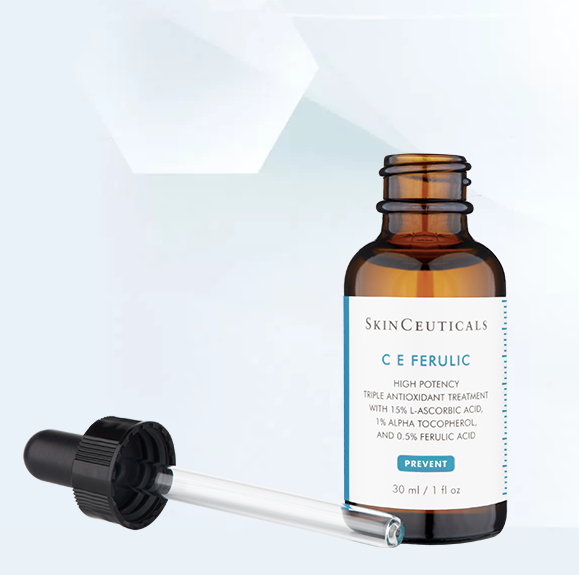 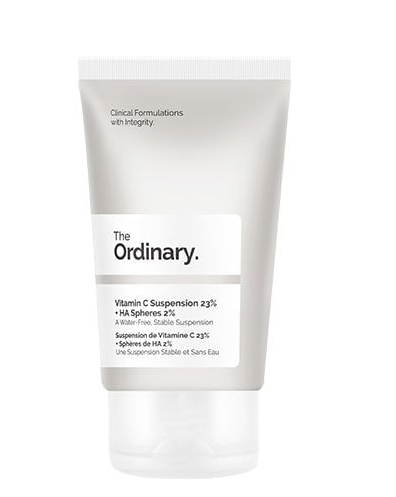 La Roche-Posay
Toleriane Sensitive Fluide 40ml
£16.00
Feel Unique
White Lotus
A Grade Jade Facial Roller (double)
£36.99
Cult Beauty
Dermatologists argue that even oily skin prone to blackheads needs moisture, so once your skin has drunk up your vitamin C serum, it’s time to lock everything in with a moisturiser. I like to use quite a lightweight product, and if you regularly get blackheads or other spots, it pays to avoid overly thick textures. Choose something non-comedogenic, like La Roche-Posay Toleriane Ultra Fluide, £16, which is less likely to block your pores further. One or two pumps gives my skin enough slip for me to really use my knuckles to break up any tension in my jaw and temples. It's also a good idea to give yourself a good facial massage. Using my hands, I employ sweeping motions to help aid lymphatic drainage and to reduce any puffiness. If you’ve got a gua sha tool or jade roller, then now is the time to really get in there and massage away any tension.

Sure, the at-home version might not be as fancy as the Skinwork Signature Facial, but it has become my go-to for whenever my skin is looking a bit congested and dull. While you can use all these ingredients and products as part of a daily skincare routine (and do most of it while watching Netflix, which is always a winner), be realistic. You might want to do the massage and use the warm flannels once a week in the evening, for example. You might also want to step up your evening routine with a retinol product, which dermatologists tout as a great ingredient for tackling blackheads. And if your blackheads aren't letting up and it's getting you down, perhaps consider visiting a qualified dermatologist (always check if they are on the General Medical Council register) for further advice.
Beauty
9 Nail Art Trends Taking Off In 2022
For many of us, getting a manicure is a self-care write-off. It takes time and money, yes, but there’s just something about carrying around nice fing
by Megan Decker
Beauty
I Tried Julia Fox’s Graphic Eyeliner & Everyone I Know Had ...
When I showed my boyfriend a picture of the makeup look I was going to recreate this week, his response was blunt but warranted: “WTF.” You see
by Jacqueline Kilikita
Beauty In A Tik
TikTok’s White Concealer Hack Is Weird But It Erased My Dar...
Welcome to Beauty In A Tik, where each week we put TikTok’s viral beauty hacks and innovative trends to the test. When it comes to concealing dark ci
by Jacqueline Kilikita
Advertisement
Beauty
I Got The Most Popular Facial In Celeb Circles & This Is My Skin Now
The path to great skin never did run smooth. Regardless, I have long persisted. The dream of having a glowing, radiant complexion has always been important
by Lollie King
Beauty
TikTok’s Latest Body Care Trend Is Putting Women At Risk
Twenty-four-year-old Isla remembers the first time she tried a chemical peel on her underarms. “I was scrolling on TikTok and I started seeing this t
by Emma Ogao
Nails
3 Nail Colour Trends Bringing Good Vibes To The 2022 Manicure
When it comes to picking a nail polish colour, there’s no right or wrong choice. Still, the stakes can seem high when you’re standing in front
by Megan Decker
Beauty
The Invaluable Piece Of Advice A Dermatologist Gave Me For My Acne
I know I’m not alone when I say I’ve suffered with acne-prone skin for pretty much all of my adult life. Over the years I’ve managed to get things ge
by Lucy Partington
Beauty
6 Hairstyle Trends That Are Sparking Joy In 2022
If you’re feeling that January burnout, we’re right there with you. The thing about this time of year is that there are a lot of feelings — b
by Megan Decker
Beauty
‘Hair Frosting’ Is Replacing Balayage In London Salon...
View this post on Instagram A post shared by Adam Burrell (@adamburrell) Though we’re not far into 2022, London’s most talented hair experts ha
by Jacqueline Kilikita
Beauty
Switching To This Foundation In Winter Can Give You More Even Skin
Dear Daniela, How should I change my foundation for winter? I feel like it doesn’t just need to be lighter but almost a different tone or consistency
by Daniela Morosini
Beauty
Tranexamic Acid Tackles Pigmentation & Dark Spots, Fast
From niacinamide to azelaic acid, there are countless buzzy skincare ingredients bursting onto the beauty scene. Right now, it seems everyone is talking ab
by Jacqueline Kilikita
Beauty
7 Ways To Make Your Lips Bigger Naturally, By The Lip Doctor
If you’re a beauty lover on TikTok, chances are your For You Page is bursting with lip plumping videos. You might have seen the lipgloss chilli flake
by Jacqueline Kilikita
Advertisement
Advertisement