Skip navigation!
Story from Skincare
Illustrated by Olivia Santner
Dear Daniela,
I have struggled with bacne for over four years now and feel like I have tried every product out there. My skin, both on my face and my back, is very oily and although I rarely get spots on my face, my back hasn't been spot-free in over four years. These spots are usually very painful and come up to a whitehead after sometimes four or five days and are visible for many more days afterwards, leaving me with scarring. I went to see a doctor but I happened to be having a "good skin day" that day and so I didn't really get a proper consultation and I can't keep having private appointments. I'm at my wits' end and just hate it when it gets to summer and I can't wear strappy tops and dresses as I'm so embarrassed by all the spots.
Advertisement
Thanks in advance,
Emma
Countless studies have shown the very real psychological harm that chronic skin conditions can cause, from depression and anxiety to a general low mood and feelings of low self-worth. When people talk about acne, we tend to talk more about the face but as your letter demonstrates, it doesn't have to be contained to your complexion to be distressing. One of the hardest things about any chronic skin condition is the cyclical nature of it, as you noted – seemingly unpredictable flare-ups, weeks without relief, and the occasional "good skin day" which in itself can be disquieting if you don't know what you did to get there. In your longer letter you mentioned being laughed at by a doctor, which made me very angry. I'm so sorry you had to go through that.

I reached out to Dr Amiee Vyas, who's one of the most positive and soothing people in aesthetics (seriously – browsing her Instagram gives me that post-yoga feeling of relaxation) to get you some practical help. Firstly, you're not alone. "It is very common to get breakouts on the back, tops of the shoulders and sometimes the chest because like the face we have a large number of hair follicles and associated sebaceous (oil) glands in these areas," explained Dr Vyas. "Acne anywhere on the body is caused by overactive sebaceous glands and a build-up of dead cell debris, which creates the ideal environment for acne-causing bacteria (P. acnes) to flourish. This then causes inflammation and the bumps we see as acne." While you say you're oily all over, lifestyle factors (which I'll touch on in a moment) might be what's causing spots to form more commonly on your back than on your face.
Advertisement
I'm sure you've researched this heavily but a quick primer on why you're oily in the first place. "The two main causes of acne anywhere on the body are genetics and hormones. How oily our skin is and how active our oil glands are tend to run in families in most cases," said Dr Vyas. (Yay! One more thing to blame your parents for!) Hormonal factors, namely puberty and PMS, can also cause breakouts as testosterone production surges. If you have polycystic ovaries, you might be more acne-prone, as androgen levels are higher then. Stress hormones play a role, too. "Cortisol also increases sebaceous gland oil production and thus acne," said Dr Vyas. "I saw this all the time during my online consultations during lockdown. Always ensure you take some stress-busting measures – meditation, yoga, whatever works for you – and be kind to yourself. It can sometimes be a vicious cycle with stress and acne flare-ups."
Now, lifestyle factors. If you're a gym bunny, listen up. "Make sure your gym kit or athleisure is made of a breathable material and isn't causing too much friction while you're exercising," said Dr Vyas. "Change immediately after working out, shower as soon as possible and wash every item of clothing after a workout." I know that after a heavy session it's tempting to just crash and browse Instagram while psyching yourself up to move but it's really important to get out of your kit sharpish and into the shower. Dr Vyas also said to minimise your use of back weights and bars resting on your shoulders; if you are using these regularly, make sure you wipe them down first and again afterwards. "Also, think about minimising backpack use. The straps are occlusive and will trap oil and cell debris, said Dr Vyas. "Similarly, take breaks if you are sitting at a computer all day long with your back pressed to a high-backed chair."
Advertisement
Likewise, think about your hair – do you use lots of conditioning treatments? "If you have long hair and apply things like coconut oil or serums, these will also be occlusive and can cause breakouts on the skin where the hair falls – I see this commonly on the tops of the shoulders and back. In the same way, always rewash your body in the shower after washing the conditioner out of your hair," added Dr Vyas.
You've no doubt read various things about the impact of diet on acne and, unfortunately, we don't have any definitive answers about exactly which food groups cause breakouts. Instead of going hell for leather and starting an elimination diet (which is a bad idea for many reasons), Dr Vyas suggested a softer approach. "Diet can have an impact on breakouts but far less than hormones and other factors; for this reason I suggest only limiting food groups such as dairy for two to three weeks. If there's no improvement, reintroduce these items. Sugar can cause flare-ups on the face, so be sensible with consumption if you know this is a trigger for you personally," she advised.
Her favourite product for tackling the back breakouts when you have them is the Clinisept + Aftercare Spray. "In my opinion, you can’t use this enough for bacne. This spray contains a hypochlorous antimicrobial agent which tackles bacterial overgrowth, and it's also extremely cooling and calming on the skin. The spray mechanism means you can easily use it in the shower to wash your back and it's convenient to take with you when exercising, so you can spray it onto your back before your workout and also use it to clean the skin immediately afterwards," explained Dr Vyas. Otherwise, she suggested using exfoliating acid cleansers or pads and lotions in the shower, such as NeoStrata Foaming Glycolic Wash and Ultra Smoothing Lotion or the Murad AHA/BHA Cleanser. For darker skin types or sensitive skin, try mandelic acid as it’s less irritating: NeoStrata also makes a Mandelic Clarifying Cleanser.
Advertisement
shop 5 products 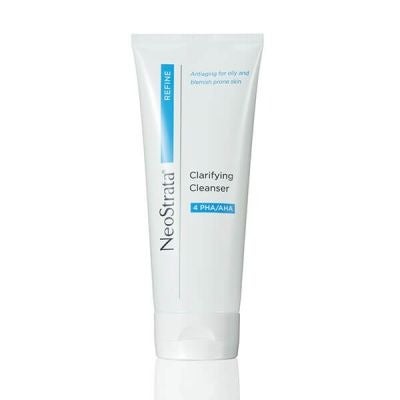 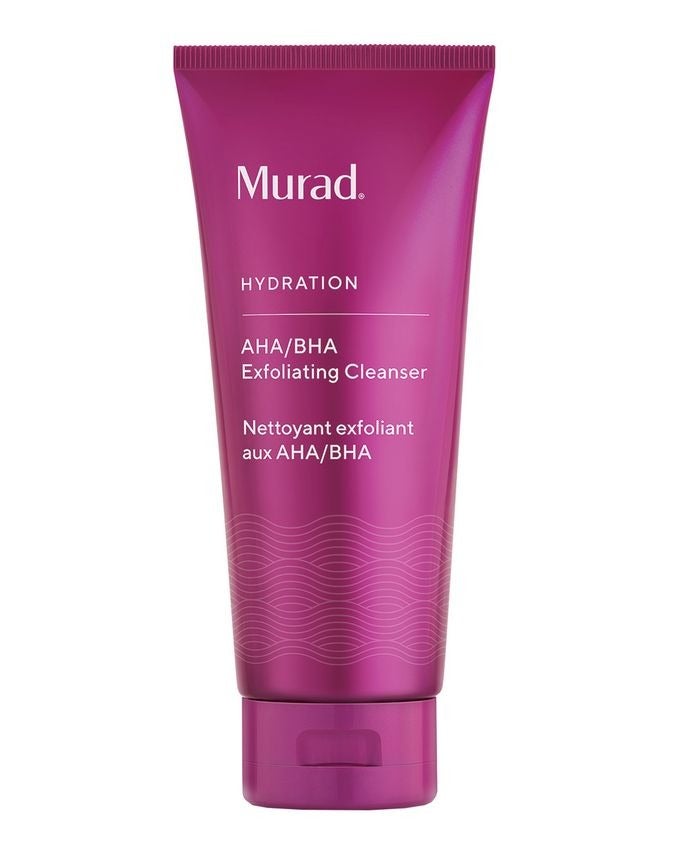 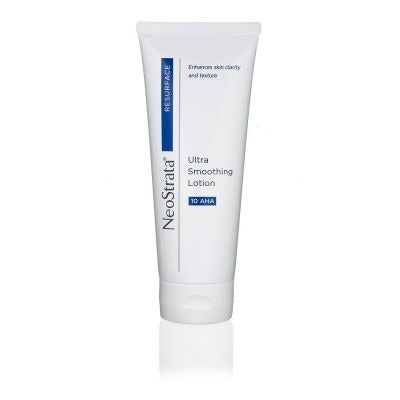 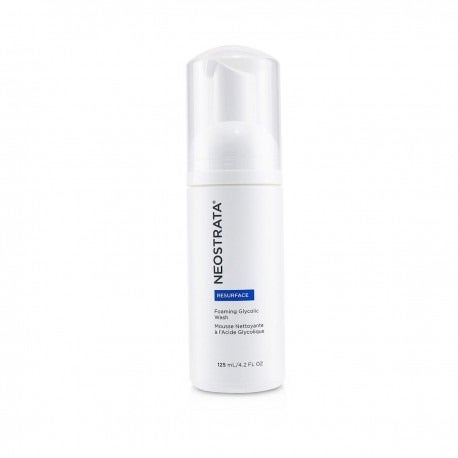 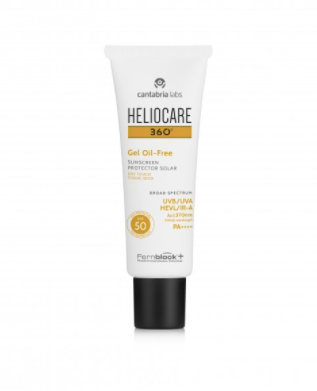 Heliocare
360 Gel Oil-free Spf 50
£31.00
Face The Future
I really hope some of this helps. Quick fixes are unlikely and Dr Vyas noted that there may even be a "gets worse before it gets better" phase but that consistency and perseverance is key. Oh, she also said that you still need to wear SPF on the affected areas! Just go for something light and oil-free like Heliocare Gel Oil-Free SPF 50. And if you’re ready to see another specialist? Dr Vyas' door is always open.
Good luck,

Daniela
Refinery29's selection is purely editorial and independently chosen – we only feature items we love! As part of our business model we do work with affiliates; if you directly purchase something from a link on this article, we may earn a small amount of commission. Transparency is important to us at Refinery29, if you have any questions please reach out to us.
Shopping
Why This Celeb-Favourite £215 Serum Is Seriously Worth The Splurge
I try a lot of skin-care products, both as part of my job and because I love it. As such, everything from Cetaphil cleanser (which, love) to triple-digit m
by Karina Hoshikawa
Beauty
This Sunscreen Is So Good, You’ll Want To Wear It Every Day...
View this post on Instagram A post shared by Ultra Violette (@ultravioletteau) Dermatologists and skincare enthusiasts always recommend a daily dose of sun
by Jacqueline Kilikita
Beauty
How To Tell If The Sun Has Hurt Your Skin Barrier
It’s no secret that the sun can wreak havoc on skin. Although UV rays are invisible to the human eye, sun damage can be quite obvious. Redness, uncom
by Jacqueline Kilikita
Advertisement
Unbothered
Turns Out Those “Black Girl Freckles” Are Actually Dermatosis Pap...
Today, I counted 52 freckles on my face. Four more than last time. As someone who has taken more than a few selfies in my lifetime, I have spent more time
by L'Oréal Blackett
Beauty
Experts Explain The Big Difference Between Mineral & Chemical SPF
Touted by experts as a non-negotiable game-changer in skincare, sunscreen has the ability to reduce your risk of skin cancer and sunburn, and prevent skin
by Jacqueline Kilikita
Beauty
I’ve Just Found The Most Brilliant Sunscreen — & It’s...
There are two types of people when it comes to sunscreen: those who wear it all year round (in which case, congratulations — you’ve really got it t
by Jacqueline Kilikita
Skin Care
Sunburned Lips Are Real — Here’s How To Prevent & Treat Them
Sunburns are a tragic fact of life. As much as we try to avoid them with our stylish sun hats, umbrellas at the beach, and loads of sunscreen, we still som
by Thatiana Diaz
Beauty
The Serum That Finally Helped Fade My Acne Scars
When it comes to products that claim to “fade,” “brighten,” or reduce the appearance of hyperpigmentation and acne scars, I can’t help but remain
by Karina Hoshikawa
Tried & True
This Instagram-Famous Mosquito Repellant Is The Real Deal
The first thing anyone says to me when I pull out my bottle of Kinfield’s Golden Hour mosquito repellant is, “Is that the bug spray I’ve
by Jinnie Lee
Beauty In A Tik
TikTok’s Way Of Reapplying SPF Is Genius (& Derm-Approved)
Welcome to Beauty In A Tik, where each week we put TikTok’s viral beauty hacks and innovative trends to the test. If you ask me, TikTok’s beaut
by Jacqueline Kilikita
Beauty
Sigrid Has The Best Skin — & These Simple Scandi Hacks Are Why
It’s not often you come across a celebrity with a wholly uncomplicated beauty routine. They might extol the virtues of tinctures whipped up especiall
by Jacqueline Kilikita
Skin Care
The Expert-Approved Guide To Curing A Sunburn — Fast
You hate hearing your mother say “I told you so” — which is just one more reason not to slip up on your sun protection this summer. She’
by Samantha Sasso
Advertisement
Advertisement