Skip navigation!
Story from Body
Polycystic ovarian syndrome, or PCOS, is an endocrine system disorder with symptoms including excess body hair, weight gain, irregular periods, and even infertility. Its exact cause remains unknown, but one thing is certain: This condition touches women's lives in countless ways. Beyond the physical changes that PCOS causes, the syndrome has also been linked with anxiety, depression, and other mental illnesses. Some women feel endlessly frustrated with their bodies, whether they're suffering through irregular periods or trying to cover up unwanted body hair. Others dread further changes in their health to the point that they avoid seeing doctors altogether. And then there are those who feel only shame — about their appearance, their infertility, or their perceived lack of femininity. But the thing is, PCOS is not uncommon: It's estimated that between one in 10 and one in 20 women of childbearing age has the disorder. Of course, experiences with PCOS vary wildly — it's a syndrome, after all — but a PCOS diagnosis can leave women feeling isolated and at a loss for what to do. That's why finding support, whether from a loved one or online, can be helpful. Below, we've rounded up 18 posts from secret-sharing app Whisper by women with PCOS. Hopefully, hearing other people's stories can remind women that they're not alone.
Advertisement 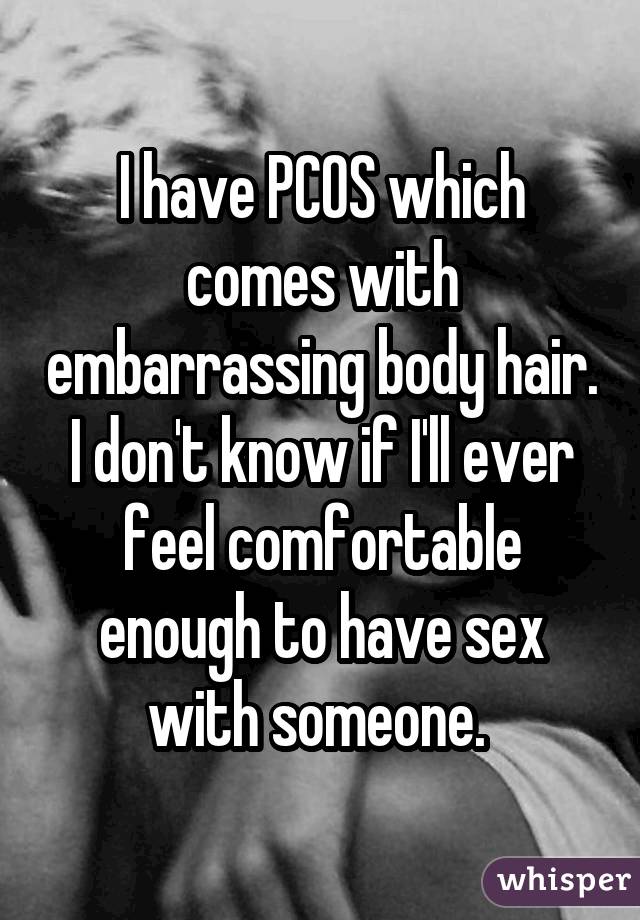 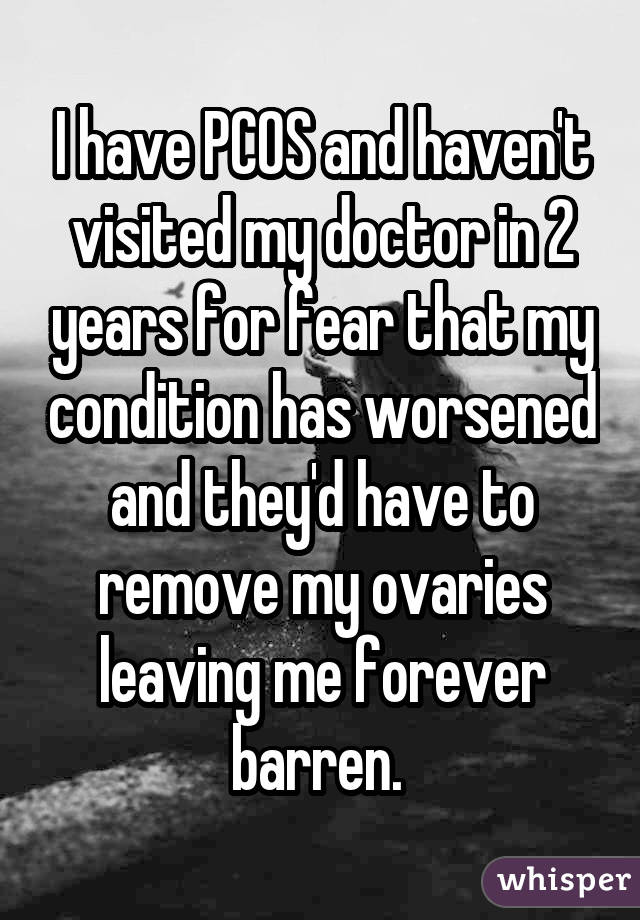 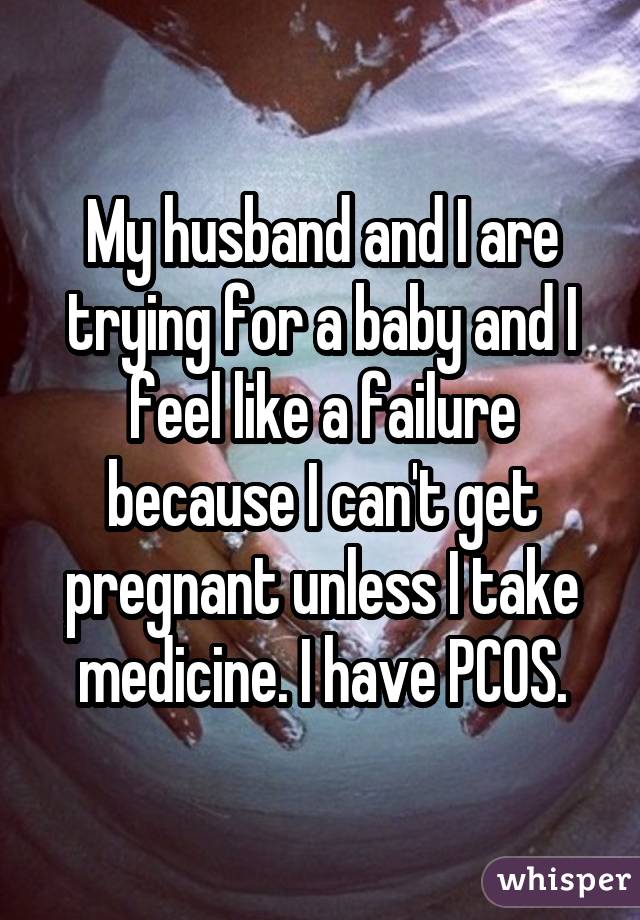 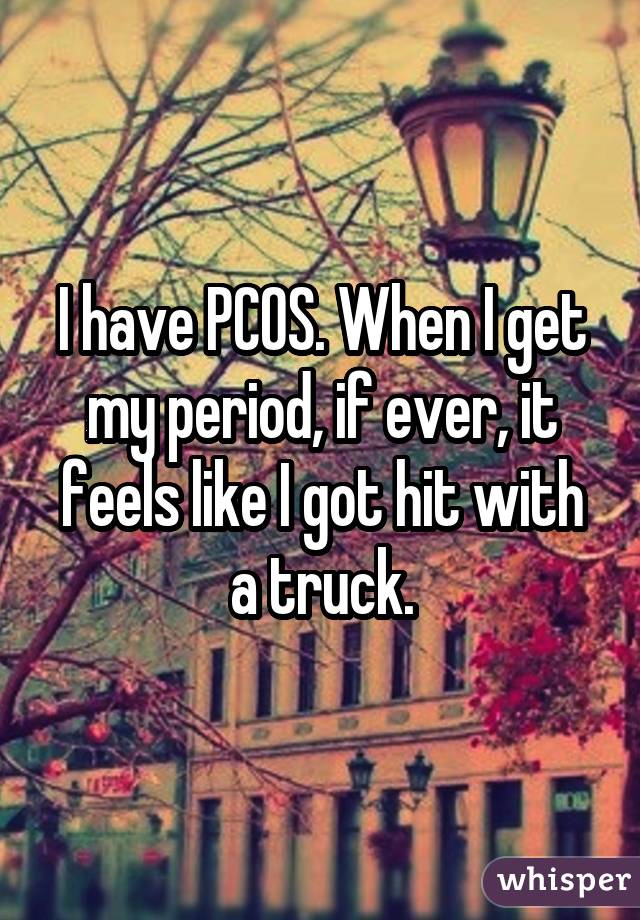 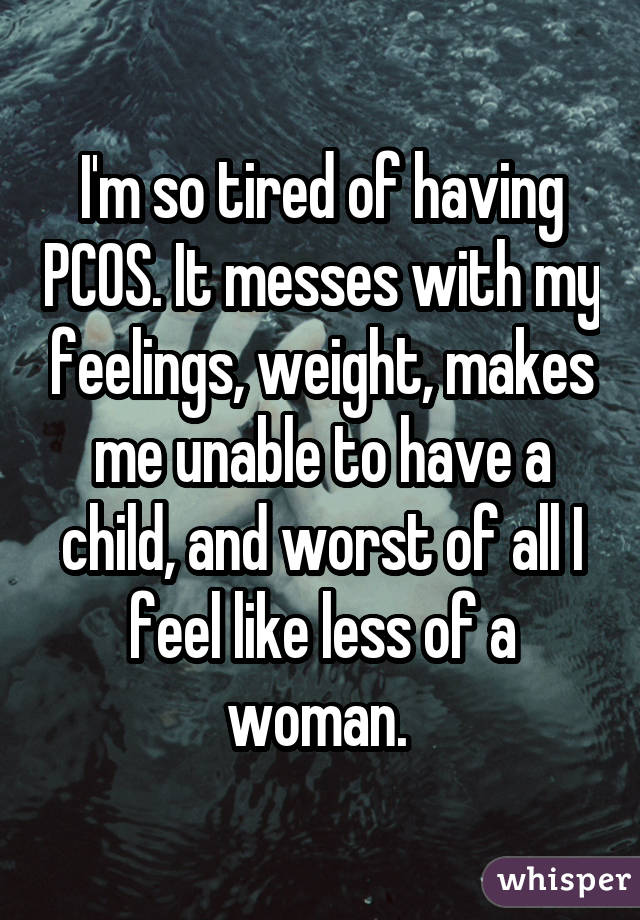 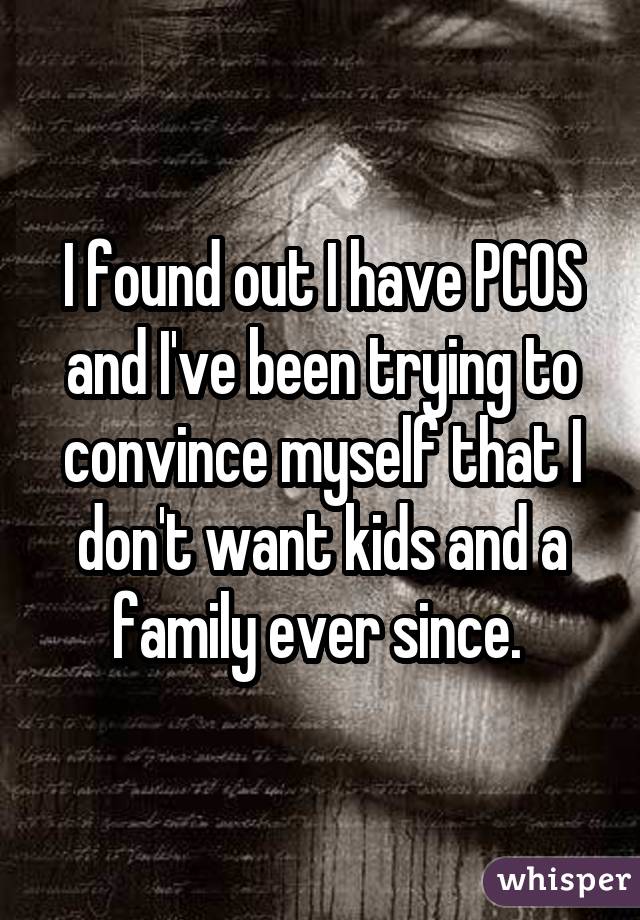 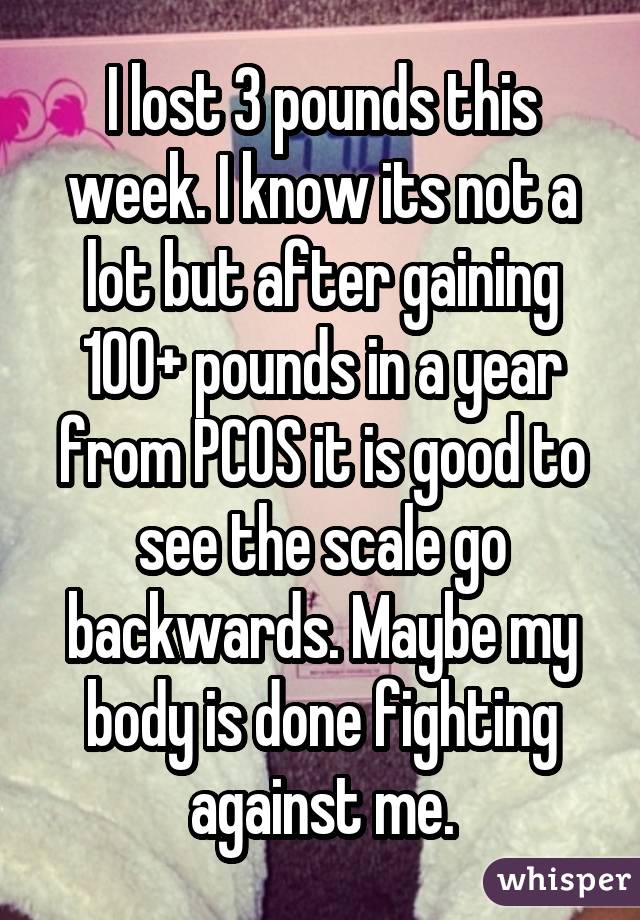 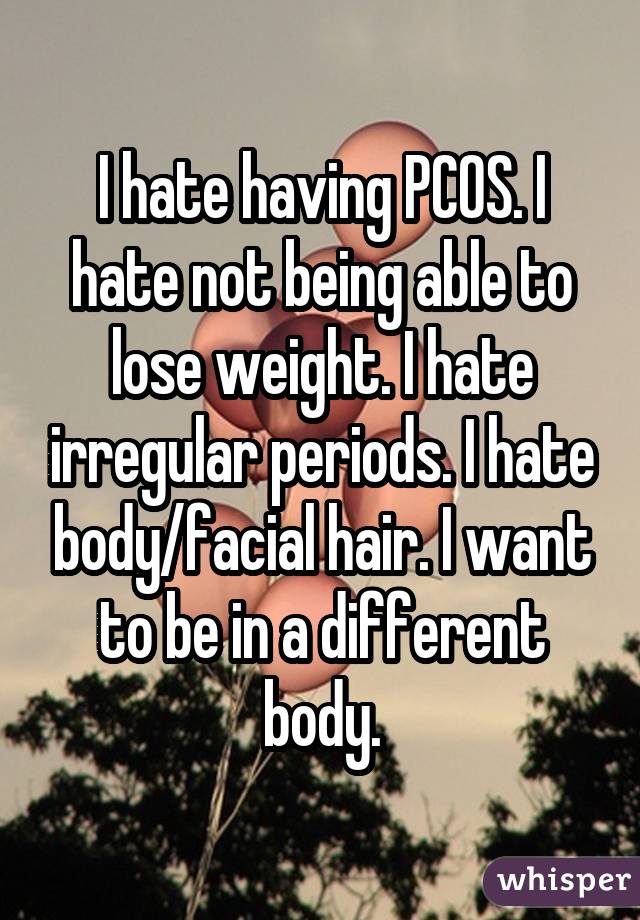 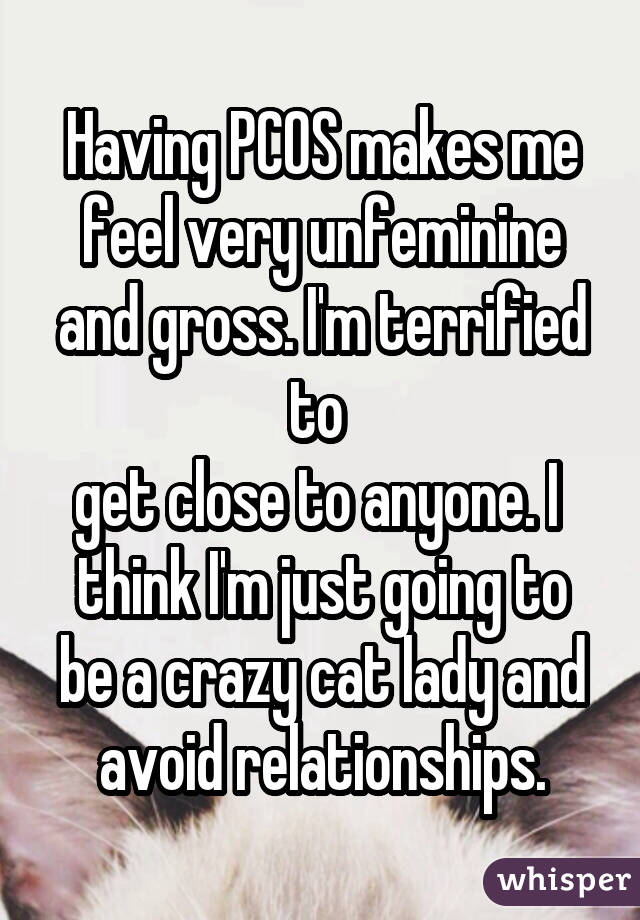 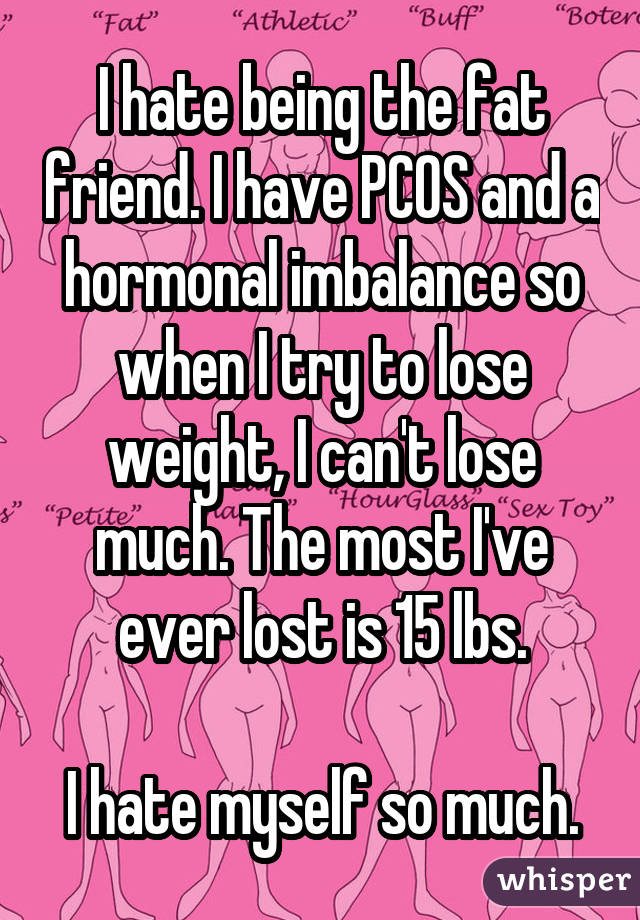 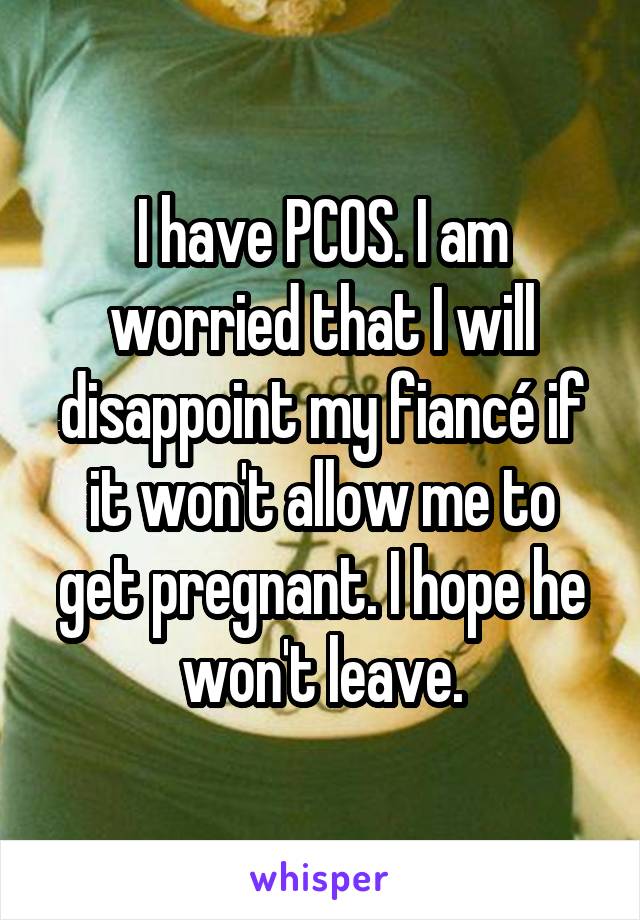 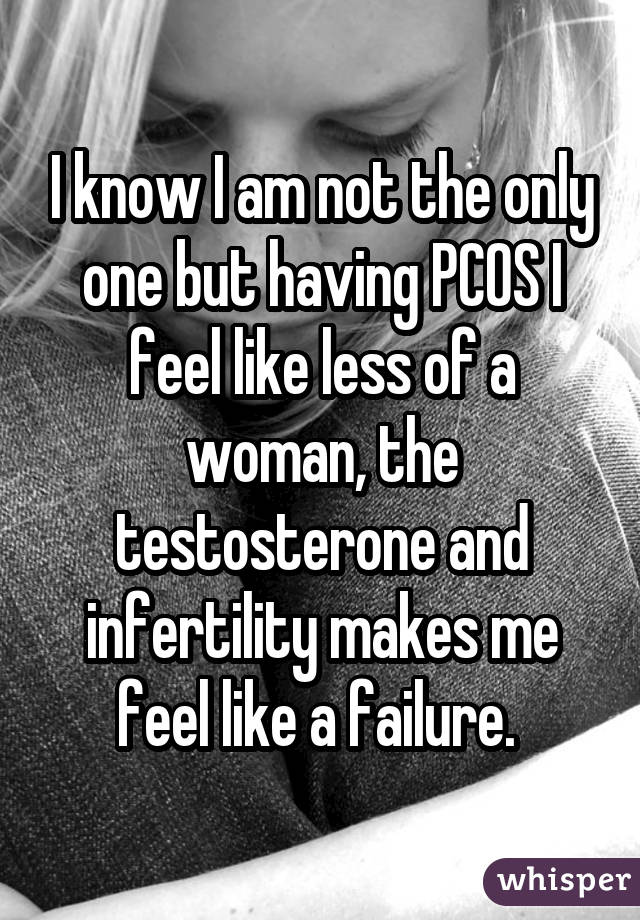 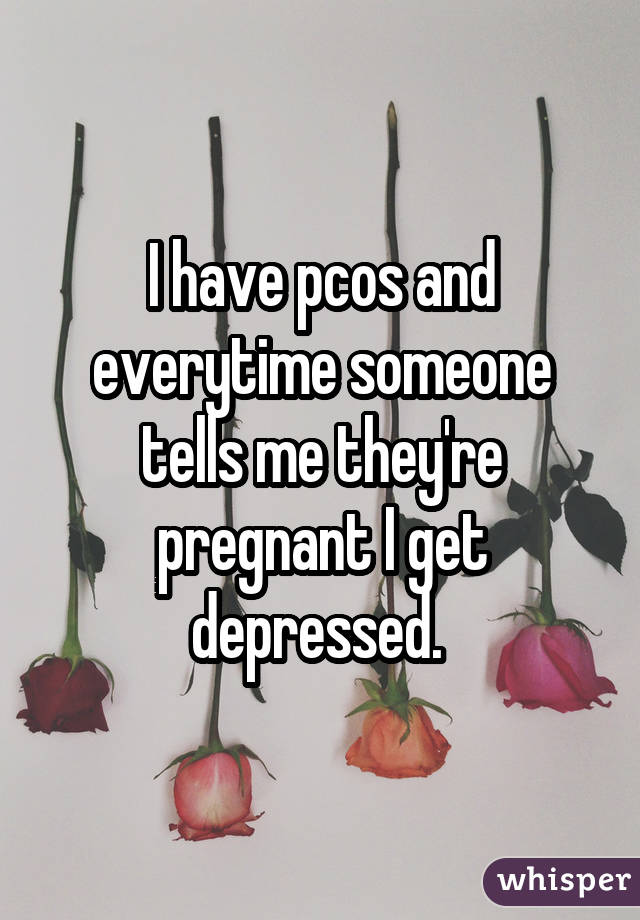 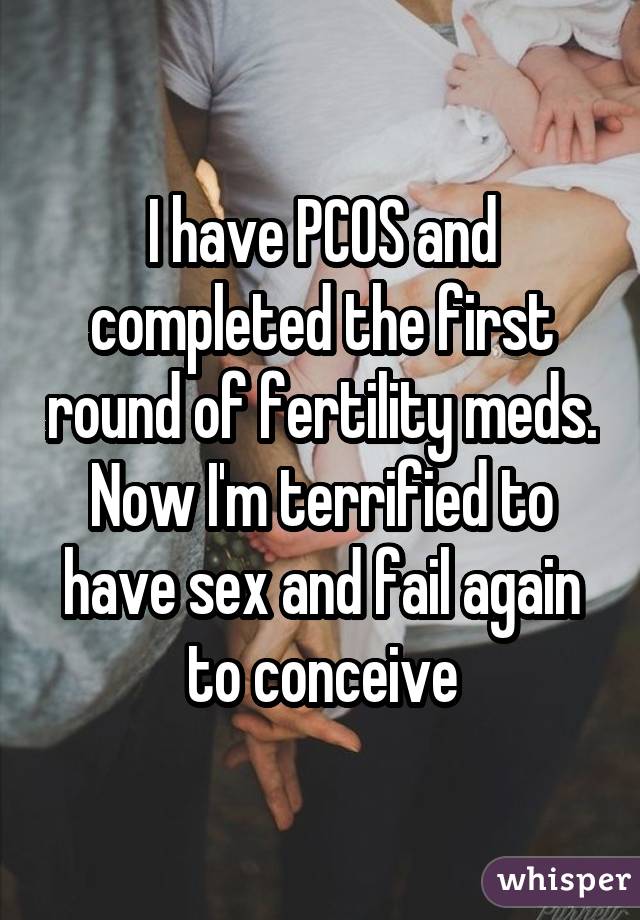 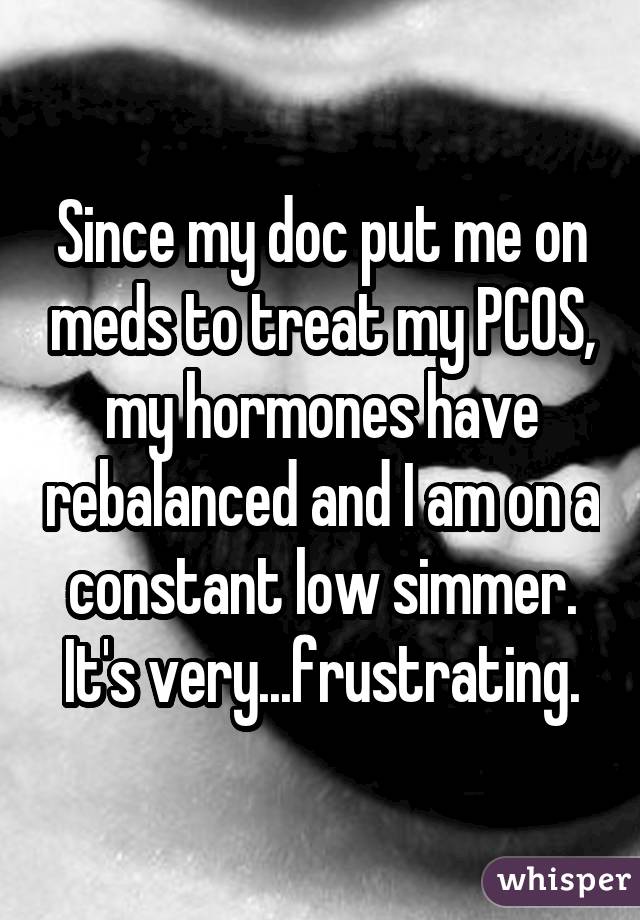 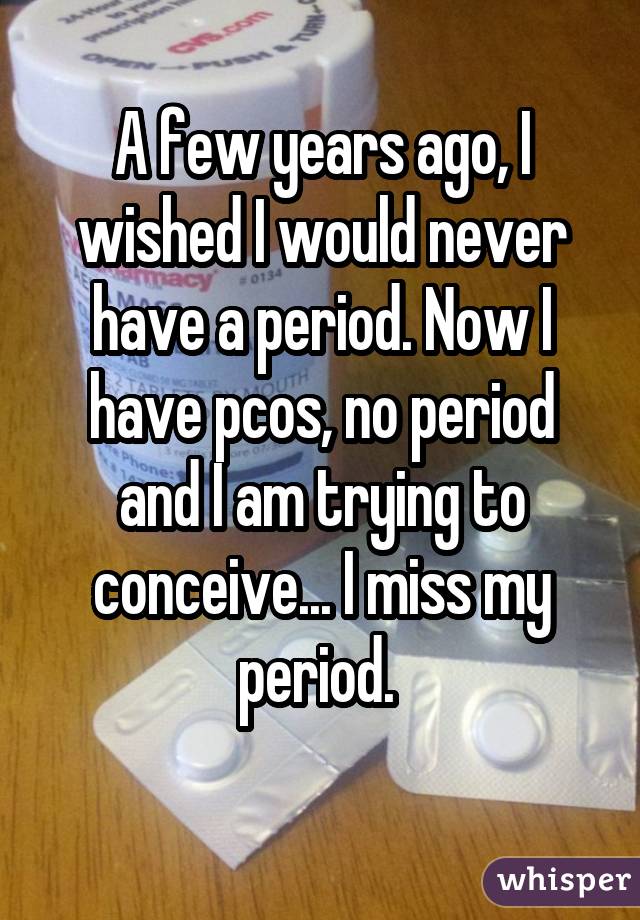 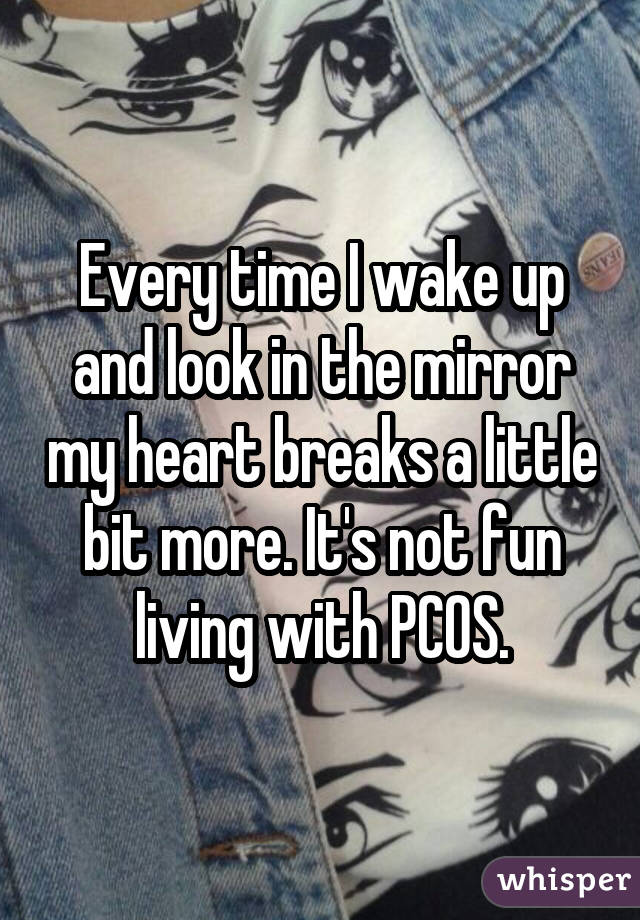 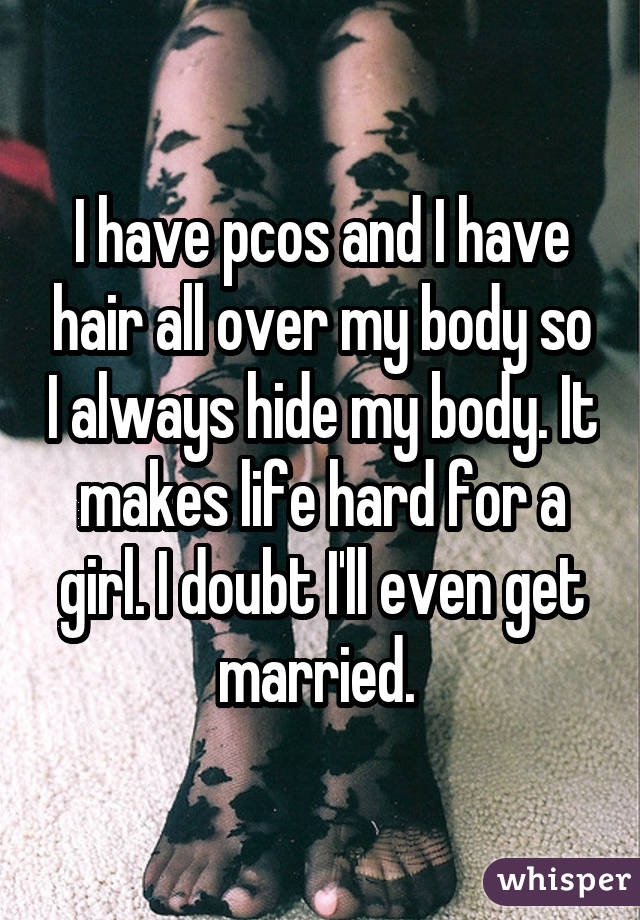 Body
What It’s Like To Have Ovarian Cancer In Your 20s
Seren was about to embark on her second term at Salford University when she realised something was wrong. As a hard partying student, she put it down to th
by LUCY DRAPER
TikTok
Gross Girl TikTok Is A Safe Space For All Of Us
‘Gross’ is an insult flung around schoolyards. Getting called gross means that you’re unclean and unkempt. But on TikTok, being a gross girl is somet
by Maggie Zhou
Women's Health News
This European Country Will Offer Three Days Of Menstrual Leave Ea...
Spain is poised to become the first country in Europe to offer menstrual leave to people experiencing severe period pain. According to the BBC, a draft bil
by Nick Levine
Advertisement
Motherhood
The Realities Of Being Pregnant & Anorexic (NSFW)
You’ve probably seen the photographer Sophie Harris-Taylor’s work. Her 2018 project Epidermis, a series of portraits centring and celebrating the beaut
by Sadhbh O'Sullivan
Wellness
Making Peace With My Gorgeous Girl IBS
Welcome to the brave new world of hot girls having stomach problems. We have freed ourselves from the shackles of the ‘girls don’t poo‘ menta
by Mishal Bandukda
Unbothered
Waist Beads Helped Me Fall Back In Love With My Body
As long as I can remember waist beads have been a symbol of pride, femininity, tradition and heritage. I grew up in Nigeria and the delicate accessory worn
by Edisana Stephen
Body
What It’s Like To Get A Smear Test When You’ve Never ...
I was not expecting to receive my smear test letter before I turned 25 so when mine fell through the letterbox in mid-March – exactly six months before m
by Mollie Quirk
Body
I Learned More About Adenomyosis From Instagram Than My Doctor
“You do know you have adenomyosis, right?” said a doctor off-handedly to Aman Virdi, a 41-year-old in London, when she was having an internal u
by Kim Bansi
Cuerpo
Navigating Transness in an Immigrant Home Has Brought Me Heartbre...
My parents always made birthdays a grand occasion. When I was a kid, my mami would bring a cake to my grade-school class; in those moments, as I sat in fro
by Rommy Torrico
Cuerpo
How Claiming My Brownness Helped Me Decolonise My Ideas Of Beauty
The first time I became aware that I was different from some of the folks I would call “mi gente” was when Disney’s animated drama Pocahontas came ou
by Prisca Dorcas Moj...
Cuerpo
I Didn’t Think My Disabled Body Could Be Beautiful — Now I ...
When I was as young as eight years old, I remember not feeling beautiful. I wasn’t tall, I didn’t have green or blue eyes, and my hair wasn’t blond.
by Tamara Mena
Body
They Said It Was Bipolar II. Now I Know It Was Endometriosis
Maria is in her late 20s and living with endometriosis. She is now working on a PhD on the history of the disease, and exploration of patient experiences w
by Hannah Turner
Advertisement
Advertisement