Skip navigation!
Story from Dedicated Feature
How far would you go for fashion? Here, one writer takes cold-weather dressing to the extreme with a not-very-seasonal (nor advisable) approach. For the rest of us, there's Cuddl Duds, base layers that keep you warm and cozy.
The only way I knew I hadn't yet succumbed to hypothermia was when the stilettoed heel of a boot pierced the toe of my loafer and I could still feel it. Otherwise, for all I knew, nerve damage had already set in, all thanks to my own brand of stubbornness that I liked to call "a commitment to fashion."
Advertisement
For some, regret feels like a missed connection; for me, it's one particularly harrowing season at the February fashion shows a few years ago, during which I finally learn how to dress properly for the winter — the hard way.
It was an evening presentation at a venue on the Hudson. Precipitated by vanity of both the personal and professional varieties, I'd chosen to wear a wool coat cut too slim to wear anything more than a cashmere sweater underneath (if I wanted to be able to lift my arms) and cropped denim that left only a layer of thin sock between my poor ankles and the elements. For footwear, my brain told me that creepers that came to a medieval-minstrel point but provided no traction would be the perfect choice, never mind the inches of snow on the ground.
Here, I should take a moment to explain that, logistically, attending fashion shows can be a very different experience, depending on one's seniority and/or social-media clout. So for a junior editor with neither the connections nor the disposable income (nor the foresight) to hire private cars, the only option was to take public transportation, then make the trek a few arduous avenues west, while my more fortunate counterparts only had to travel as far as car to curb. As I trudged through the near-deserted streets, the few other pedestrians I passed were kitted out in gear that would've been overkill for an expedition to the North Pole, while I jammed my ungloved hands as far as they would go into my worthless coat's unlined pockets. With arctic gusts blowing off the river — seemingly always in the opposing direction, no matter which way I turned — I finally arrived windblown and faintly blue.
Advertisement
"Excuse me," said a voice from the throng of street-style photographers I'd half-hoped to avoid. "Could I get an outfit shot for [some niche publication I probably shouldn't have risked frostbite to appear in]?" I could barely muster a smile, but I still like to think that some underground European zine published those high-flash shots of me looking pale and numb. "This is what they're wearing in New York this winter!" the headline would exclaim, much to the horror of the Italian readership.
But once I made it inside — in the blessed heated space — past the ticket-checkers and seat-assigners and cater-waiters, a troubling realization made its way into my gradually defrosting brain, Why? While I'd not gone so far as, say, walking around bare-legged in February, I had worn my fair share of death-defying outfits, all in the pursuit of what? Impressing my fellow show-goers? Having my photo appear in a foreign magazine with a circulation in the double digits? Appealing to my own ego? It just didn't seem worth it.
And all around me, there was living proof that one could land in a "best looks" roundup without having to dress in a life-threatening way. In fact, those clearly cleverer than me seemed to have collectively deployed the same styling trick: various base layers under their abbreviated dresses and lingerie-inspired tanks. It was an elegant solution, one that didn't add bulk or detract from the carefully planned external outfit.
So the very next day, I popped out to pick up a full set of heat-retaining turtlenecks and leggings, which I wore underneath a printed jacquard minidress with lug-sole boots (traction!) for some final shows on the last night of the season. And as everyone else already seemed to have gathered, these pieces allowed my look to shine, while saving me the trouble of having to massage my flash-frozen limbs to encourage blood flow. From train to now-slushy street to show space, the familiar fashion odyssey now took on a new feeling — or maybe it was just that I had full use of my extremities. 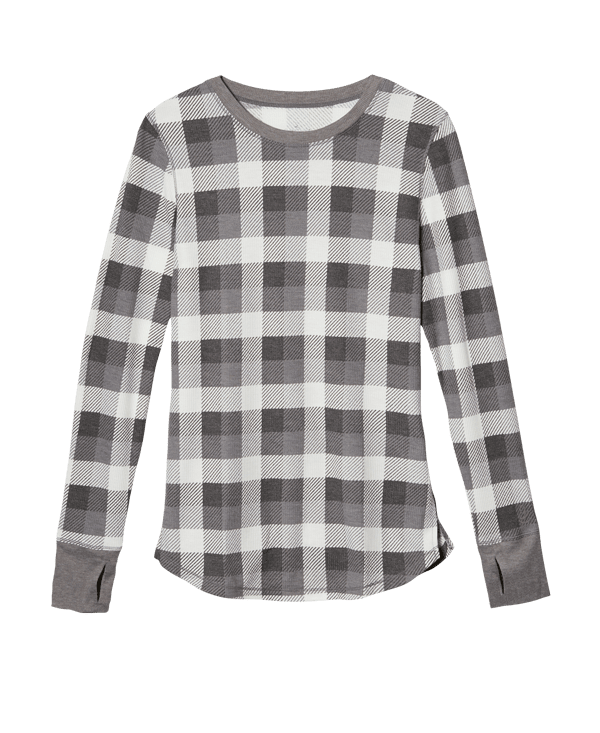 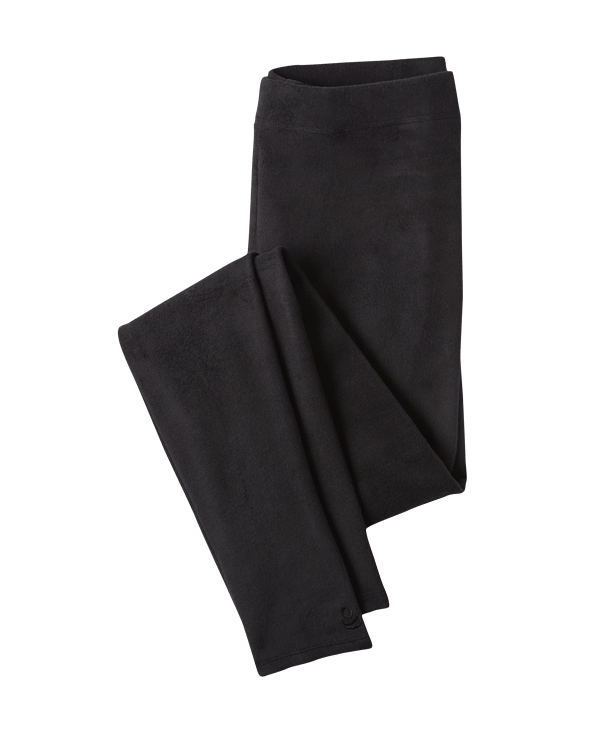 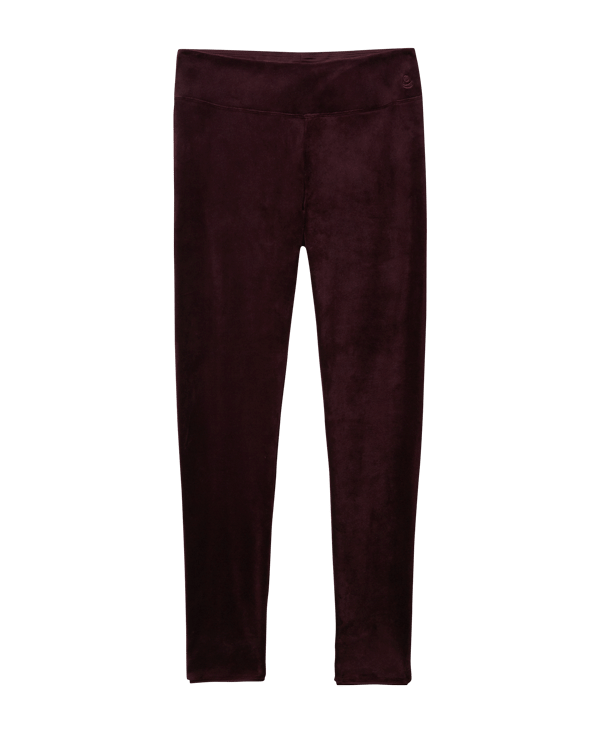 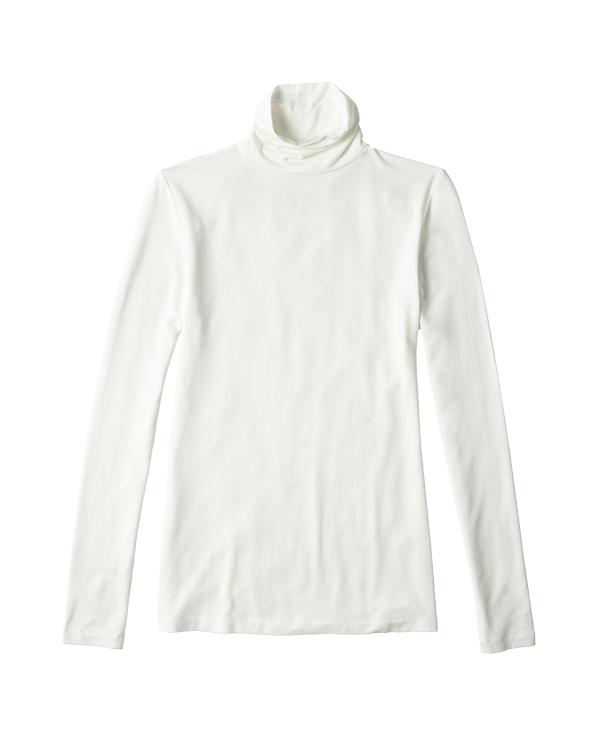 Softwear with Stretch Turtleneck
BUY NOW
Advertisement
Shopping
The Best White Sneakers To Complete Your Look (No Matter The Season)
The only sneaker that has always been in style is the white one. Here's all the pairs your need for summer (and the rest of the year, too).
by Ray Lowe
Best Wedding Dresses
6 Bridal Fashion Trends That Will Be Everywhere In 2023
This year, wedding fashion will take a turn for the glamorous. As evidenced by the New York Bridal Fashion Week Fall 2023 lineup, casual slip dresses and m
by Frances Solá-Sant...
Fashion
7 Shoe Trends To Up Your Footwear Game In 2023
If your New Year’s resolution is to treat your wardrobe to a seasonally appropriate update, the best place to start is from the bottom. Solid style choic
by Amanda Randone
Advertisement
Fashion
Gabriella Karefa-Johnson x Target’s Future Collective Is Th...
The new year is always a good time to explore one’s personal style. And Target’s upcoming collaboration with Gabriella Karefa-Johnson, Vogue global con
by Frances Solá-Sant...
Deals
10 Valentine’s Day Gifts On Sale At Amazon Right Now That W...
There’s nothing more helpful and convenient for gift-giving than Amazon, especially if it’s on sale. Valentine’s Day is only a few weeks
by Mercedes Viera
Style Trends
Say Hello To The ’90s—Cargo Skirts Are In Their Comeback Era
by Vivien Lee
Shopping
Non-Tacky Birthstone Jewelry To Gift Your Love This ValentineR...
by Emily Ruane
Dresses
Meet The LBD’s Edgy Twin: The Leather Dress
by Vivien Lee
Shopping
Madewell’s New Spring Denim Is A Love Letter To The ’90s
While we obsess over Madewell for its plethora of affordable styles — these days, it’s a crucial destination for seasonal dresses, outerwear, shoes
by Jinnie Lee
Fashion
How To Channel 2023’s Rom-Comcore Fashion Trend
Modern dating can feel like one endless tragicomedy: the swiping, the awkward first dates, and all the ghosting included. It’s no surprise that our gener
by Frances Solá-Sant...
Lingerie
The 33 Best Pairs Of Cotton Underwear For Down There
by R29 Team
Deals
Maxi Dresses, Funky Scarves Galore, & 23 New Anthropologie Sale S...
by Chichi Offor
Advertisement
Advertisement
Discover
R29 Stories & News
Watch
R29 Original Series & Films
Shop
R29's Most Wanted