Skip navigation!
Story from Entertainment
UPDATE: It looks like our readers do care about appearances, but you clearly care more about integrity, education, and experience. The most interesting findings, below? While only 29% of you said you'd be more likely to vote for an attractive candidate, 44% of you said you might be less likely to vote for an overweight candidate.
And when it comes to upkeep, to maintain that veneer of attractiveness, you guys are torn. 41% of you were solidly against candidates spending considerable money on hair, makeup, and clothes, but 58% saw it as a necessary part of the process. Take to the comments with any other thoughts. We're dying to know.
Advertisement 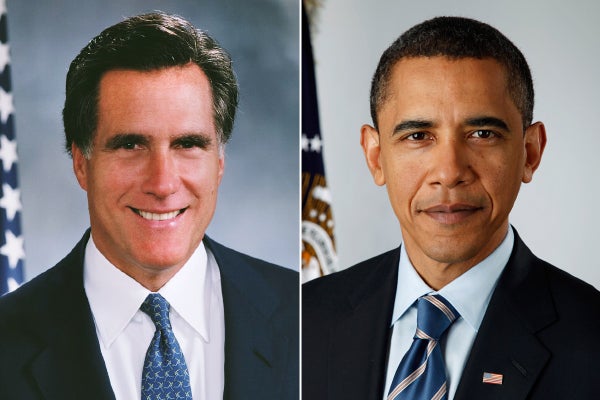 Don't get us wrong, here. Our favorite part of election season is watching the debates (and not just when the likes of Sarah Palin and Michelle Bachmann are involved). We're pretty intrigued to see what's about to go down when two clever candidates like Obama and Romney (fingers crossed) take each other to task on the economy, the military, and health care. And this year, the issues promise to be even more incendiary than ever (gay marriage, anyone?). But, all of that being said, we feel like it's entirely naive to pretend that people vote solely based on the issues. Admit it: Attractiveness, likability, and wealth always seem to factor in just as significantly as economic recovery plans ever do. We latch on to sound bytes and then react to candidates based on gut instincts. Human nature, right?
So, with some help from our friends at Weatherproof® (hey, they're curious, too), we put together a little poll. We invite you to be honest and tell us how fashion, appearance, and all of the other pieces of likability contribute to your vote. And then, take to the comments with all of the questions you wish we had asked. 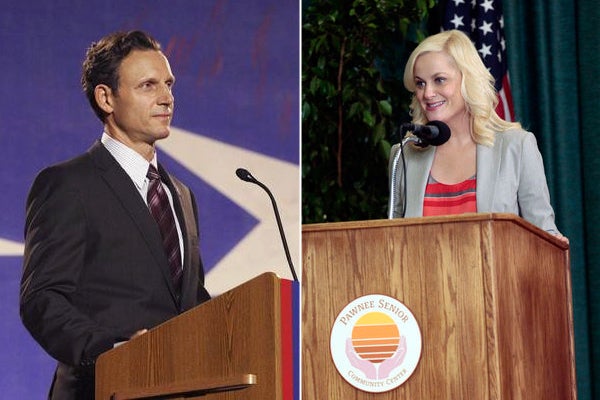 Our favorite TV pols kind of change the equation when it comes to attractiveness, no?
Photos: Tony Goldwyn, Courtesy of ABC; Amy Poehler, Courtesy of NBC
TV Shows
So, You Finished The Queen’s Gambit? Watch These 1...
by Lydia Wang
Black Friday
Snag Your Hulu Monthly Subscription For Under $2
Hulu (aka Netflix’s ultimate streaming rival) has officially tossed its hat into the Black Friday 2020 ring. For the next three days, new customers c
by Alexandra Polk
TV Shows
Here’s How Long You’ll Have To Wait For New Flight...
Kaley Cuoco is probably best known to most TV viewers her role on The Big Bang Theory, but now she’s executive producing and starring in an HBO thril
by Kelly Schremph
Entertainment
The Flight Attendant‘s Soundtrack Will Get You To ...
by Natalie Morin
Christmas Movies
27 Romantic Christmas Movies You Can Stream Right Now
by Rosie Knight
Entertainment
Lovers Rock Is The Most Magical Sexy Party Of The Year (...
Exactly 34 minutes and 38 seconds into Lovers Rock, something magical happens. Lovers and friends attending a 1980 house party are dancing to Janet Kay’s
by Anne Cohen
Christmas Movies
17 Holiday Movies Streaming On Hulu Right Now
by Gina Vaynshteyn
Entertainment
Happiest Season’ Soundtrack Celebrates LGBTQ+ Musi...
by Lydia Wang
TV Shows
17 Tiny Details To Look For During Your Annual Friends Tha...
Your Thanksgiving traditions more than likely include turkey, cranberries, stuffing, maybe a casserole or two, and watching all 10 Friends Thanksgiving epi
by Rachel Paige
TV Shows
Fasten Your Seatbelts: A Guide To The Flight Attendant C...
by Natalie Morin
Thanksgiving
20 Pop Culture Quotes That’ll Hit The Spot For Your 2020 Th...
by Shannon Carlin
TV Shows
These Are, Hands Down, The 40 Best Thanksgiving TV Episodes
by Shannon Carlin
Discover
R29 Stories & News
Watch
R29 Original Series & Films
Shop
R29's Most Wanted