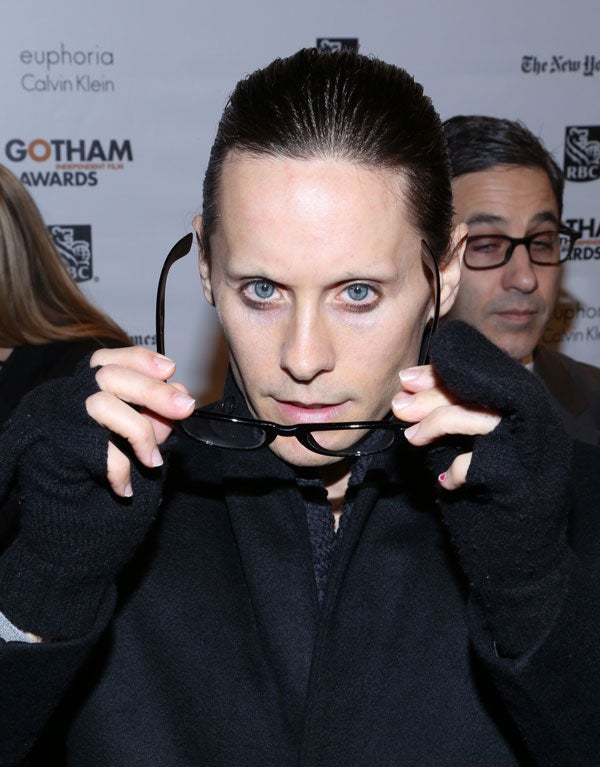 Jared Leto looks weird. Which is apparently surprising to some, but let's recap: For Chapter 27, he gained 67 pounds. In Requiem For A Dream, he dropped 27 pounds and gave up sex and sugar. And in Fight Club, he channeled a bleached-out Ken doll. So, seeing the hunk formerly known as Jordan Catalano take on a crazy appearance shouldn't be that shocking or strange — until you see those icy blues piercing into your very soul with their skeletal stare.
Apparently, Leto's eyebrow-less visage isn't just for aesthetics. In order to play an AIDS-infected transvestite, Leto has waxed his entire face for the film Dallas Buyers Club — a part he felt so strongly about he took an acting hiatus of four years. Leto wasn't the only celeb to drop that much weight — Matthew McConaughey got super skinny for the movie, too.
In Dallas, Leto still stays a rockstar: His character is the lover to Bradford Cox of indie stalwart Deerhunter. A hipster, rock-and-roll match made in eyebrow-less heaven.