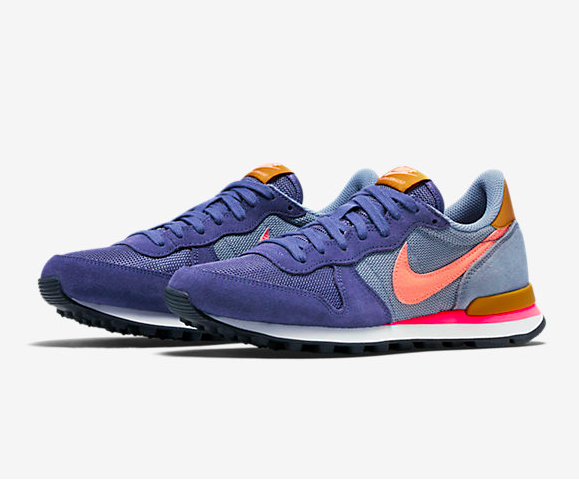 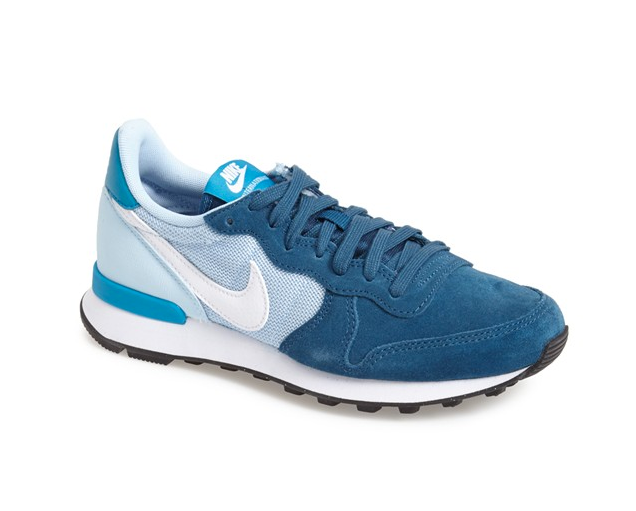 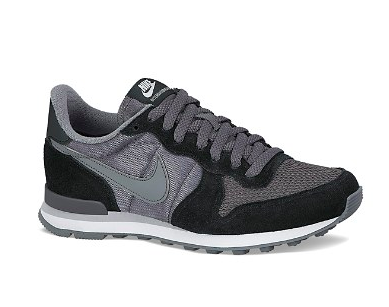 Nike
Internationalist Sneaker
$85.00
We've clicked through enough street style slideshows to know a thing or two about fashion footwear. And if there's something we've learned, it's that when your schedule is jam-packed with back-to-back shows at Fashion Week, it pays off to pair your sleek designer duds with your off-hours sneakers. So it's no surprise that you're more likely to spot a Nike swoosh than a red sole on the streets of New York, Paris, Milan, and London nowadays — although, never fear: the sky-high stilettos still make their obligatory appearance every season. But fashion girls don't deny themselves comfort, especially when comfort can come in such a stylish (and budget-friendly) package. When you're going for athleisure rather than athletic, the number-crunchers over at Rank & Style find that Nike's Internationalist shoe is the best bang for your buck. This throwback style — which tops the site's list of fashion sneakers under $100 — first popped up in 1982 at the New York Marathon and has remained popular because of its retro feel and signature tri-color combos. The Internationalist has a solid 4.6 stars, followed by a string of good reviews, on the Nike website. You'll find similar fanfare on other retailers: One Nordstrom customer writes, "These shoes are even cuter in person! I've worn them with short skirts, shorts, jeans, and sweats. I don't think I'd use them for hard-core working out, but for everything else they are great." For $85 a pop, we might just get these versatile sneakers in every colorway. Then, fully commit to the athleisure vibe with a graphic T-shirt. To cover all of our shoe bases, Rank & Style also ranked the best walkable sandals and party heels for summer — so the entire footwear spectrum is represented.
Advertisement
Shopping
This Is What Refinery29 Readers Wear When They Fly
by Elizabeth Buxton
Shopping
Styling Tips For Black Leather Leggings On A Scale Of Simple To S...
by Amanda Randone
Deals
Here’s Your Chance: Shop Ban.do’s Best Goods At Up To...
by Amanda Randone
Fashion
Net-A-Porter’s Annual Sale Just Got 20% Better
by Eliza Huber
Fashion
Plunge Head First Into Summer With These 17 Low-Back Swimsuits
by Eliza Huber
Shopping
This Was The Top Trending Item At London Fashion Week
If New York is the kick-off for fashion month and Paris is its grand finale, London Fashion Week is like the trendy liaison between these two locations. It
by Amanda Randone
Shopping
Compliments On Your Amazon Swimsuit Are Almost As Gratifying As H...
by Emily Ruane
Celebrity Style
Meghan’s Style Game Is Sustainable In Her First Appearance ...
Prince Harry and Meghan Markle made their first public appearance since “Megxit” and, senior member of the royal family or not, we are still taking sty
by Sarah Midkiff
Deals
These Are All The Presidents’ Day Fashion Sales Worth Shopp...
by Amanda Randone
Shopping
Anthropologie’s Extra 50% Off Double Sale Is Their Best Dea...
by Elizabeth Buxton
Shopping
Nordstrom Rack’s Throwing The Biggest Sale Of The Long Weekend
by Elizabeth Buxton
Shopping
If You’re Going To Shop ONE Sale This Weekend, Make It Nord...
by Marissa Rosenblum
Discover
R29 Stories & News
Watch
R29 Original Series & Films
Shop
R29's Most Wanted