Skip navigation!
Story from Most Wanted
Photo: courtesy of agent provocateur.
Few things do a better job at getting us in the ~mood~ than some sexy underthings, and no one does it better than British luxury lingerie house Agent Provocateur. And now, they're taking things from the bedroom to ... well, the bedroom, with an inaugural sex toy collection (created in collaboration with pleasure and sexual wellness retailer Lovehoney) that's as beautifully designed as the brand’s signature sheer, lace-kissed intimates.
The lineup, launching exclusively at Agent Provocateur's and Lovehoney, consists of six iconic vibrator shapes that you know and love; for double the pleasure, there's an elevated take on the rabbit, clit and G-spot massagers, a dome-like wand, pint-sized bullet, and vibrating ring. Each toy is named after famous dance styles, because as we all know, getting off is less about the destination and more about the crescendo of achieving orgasm.
Advertisement
The London-based brand first made waves upon its launch in 1994, when, in buttoned-up British society, “sexy” lingerie was considered taboo, relegated to smut shops that lacked the sophistication and elegance that Agent Provocateur brought to their pleasure-positive brand. (It helps that co-founder Joe Corré is the son of designer Vivienne Westwood and Sex Pistols Svengali Malcolm McLaren, two creative forces well-versed in shock value.) Over the years, their steamy marketing campaigns have famously featured minimally-clad celebrities like Kylie Minogue, Kate Moss, and plus-size model and advocate Charli Howard; more recently, Beyoncé announced her 2017 pregnancy wearing one of the brand’s sheer, intricate bras.
Now, the brand hopes to do for sex toys what it did for hot-to-trot lingerie in the ’90s. “We live in an age of sexual liberation, and Agent Provocateur is joining that conversation with this glamorous assortment of toys," says creative director Sarah Shotton. "[We're] empowering people to discover what works for their bodies whilst equally navigating their pleasure potential, and finally taking the taboo out of the toy play.” We can certainly see the collection of chic pleasure objects standing alongside pioneering DTC brands like Dame and Maude that special in out-of-the-drawer, nightstand-worthy devices.
"Launching this premium and exclusive product range with Agent Provocateur will only help the public discover the importance of a happy, healthy sex life, as well as knowing what makes them tick, and how sexual wellness products are a brilliant addition [to that]," adds Bonny Hall, Lovehoney's Global Product Director. "We’re excited to work with Agent Provocateur and bring the power and technology of Lovehoney products to their customers."
Advertisement
Ahead, join us as we take a closer look at each of the luxurious new vibrators.

Shop This
Agent Provocateur
The Rumba
$150.00
Lovehoney
This handheld wand massager features a large, domed head and a powerful motor to go from zero to earth-shattering in a matter of seconds.

Shop This
Agent Provocateur
The Jitterbug
$125.00
Lovehoney
The palm-sized Jitterbug is the perfect invitation to explore what feels good to you — either solo or with a partner.

Shop This
Agent Provocateur
The Two-step
$125.00
Lovehoney
Last but not least, an elevated C-ring to round out the assortment. Use it solo for targeted pleasure or with a partner to enhance any position you're in. 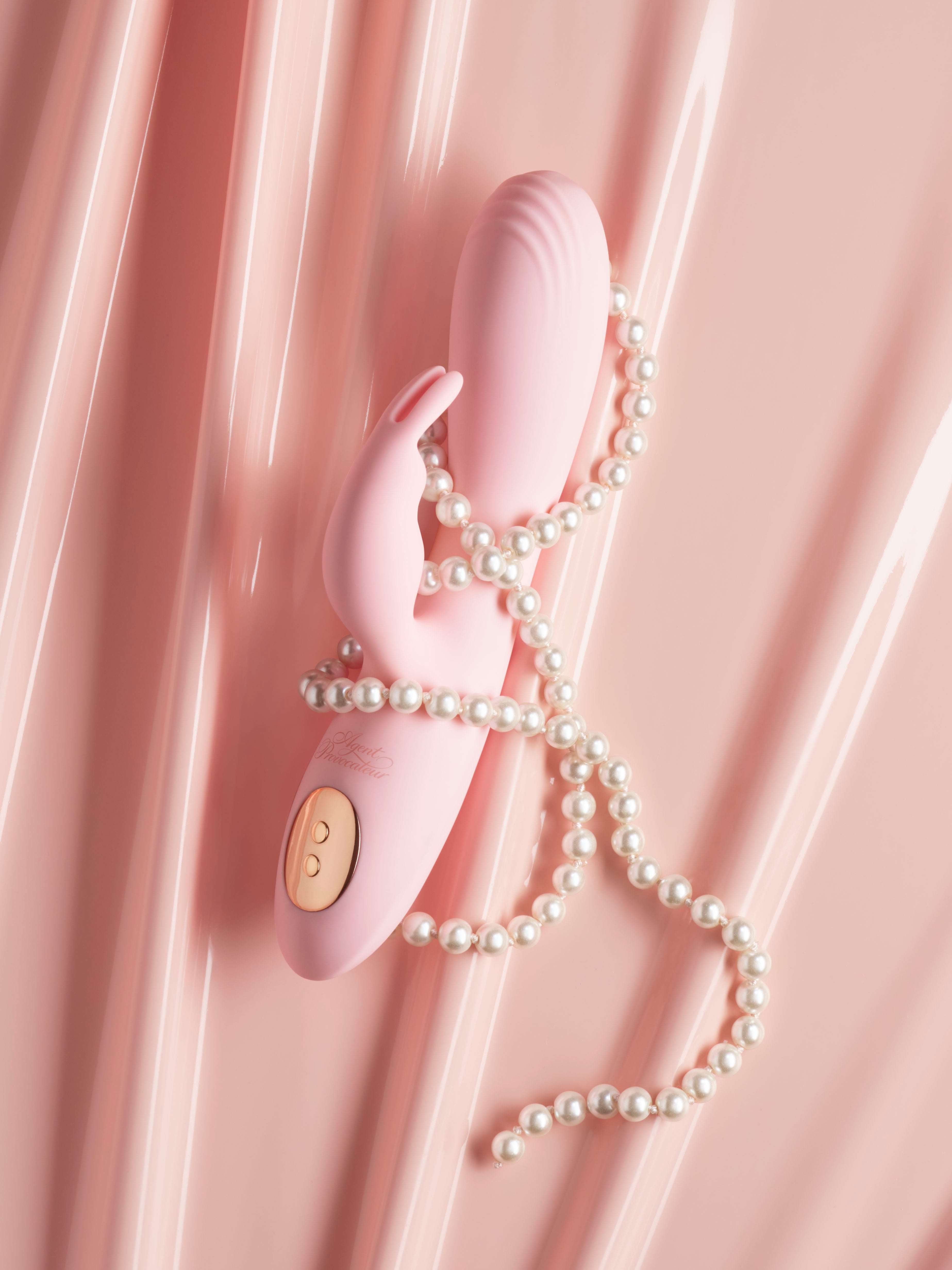 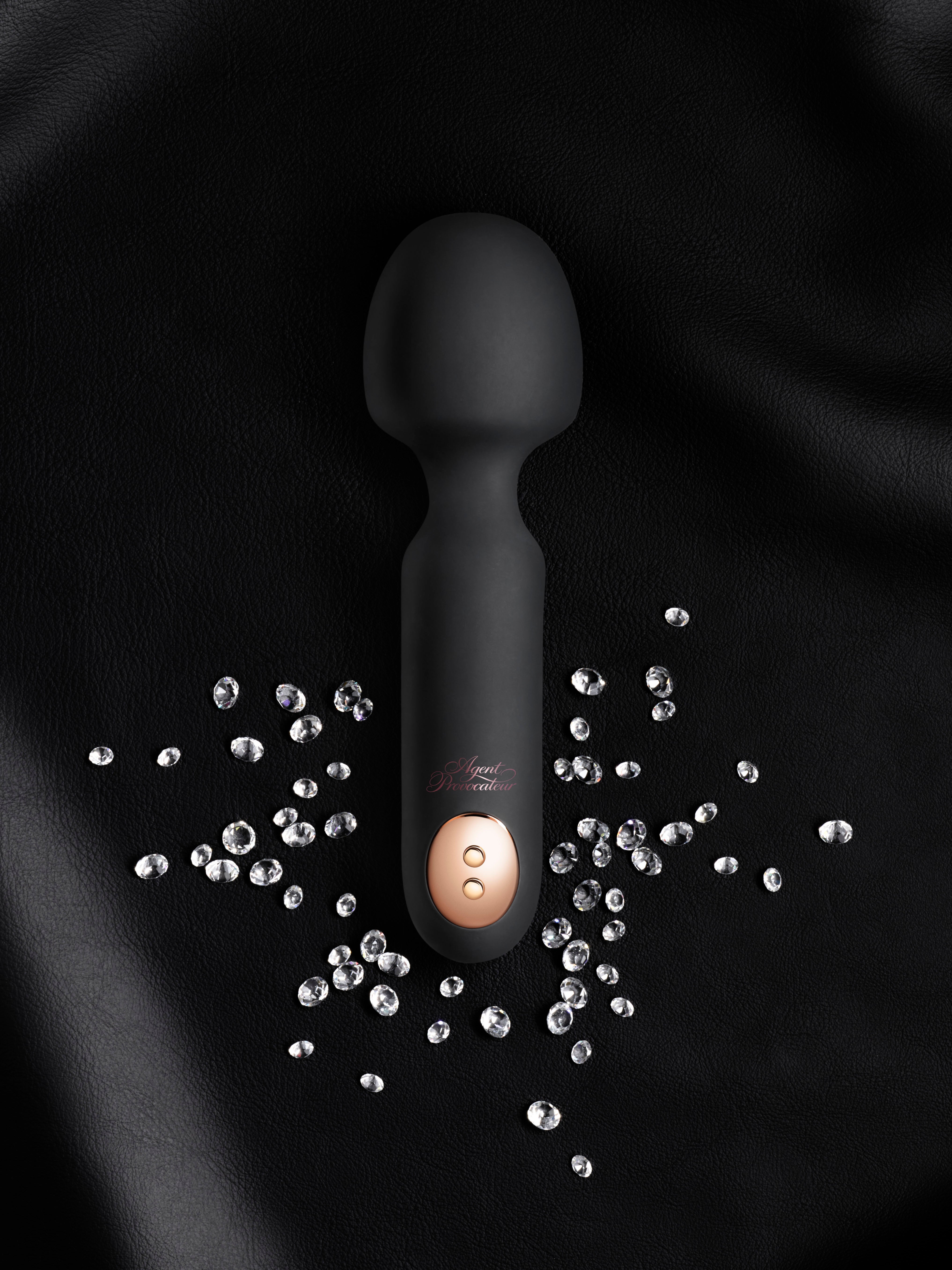 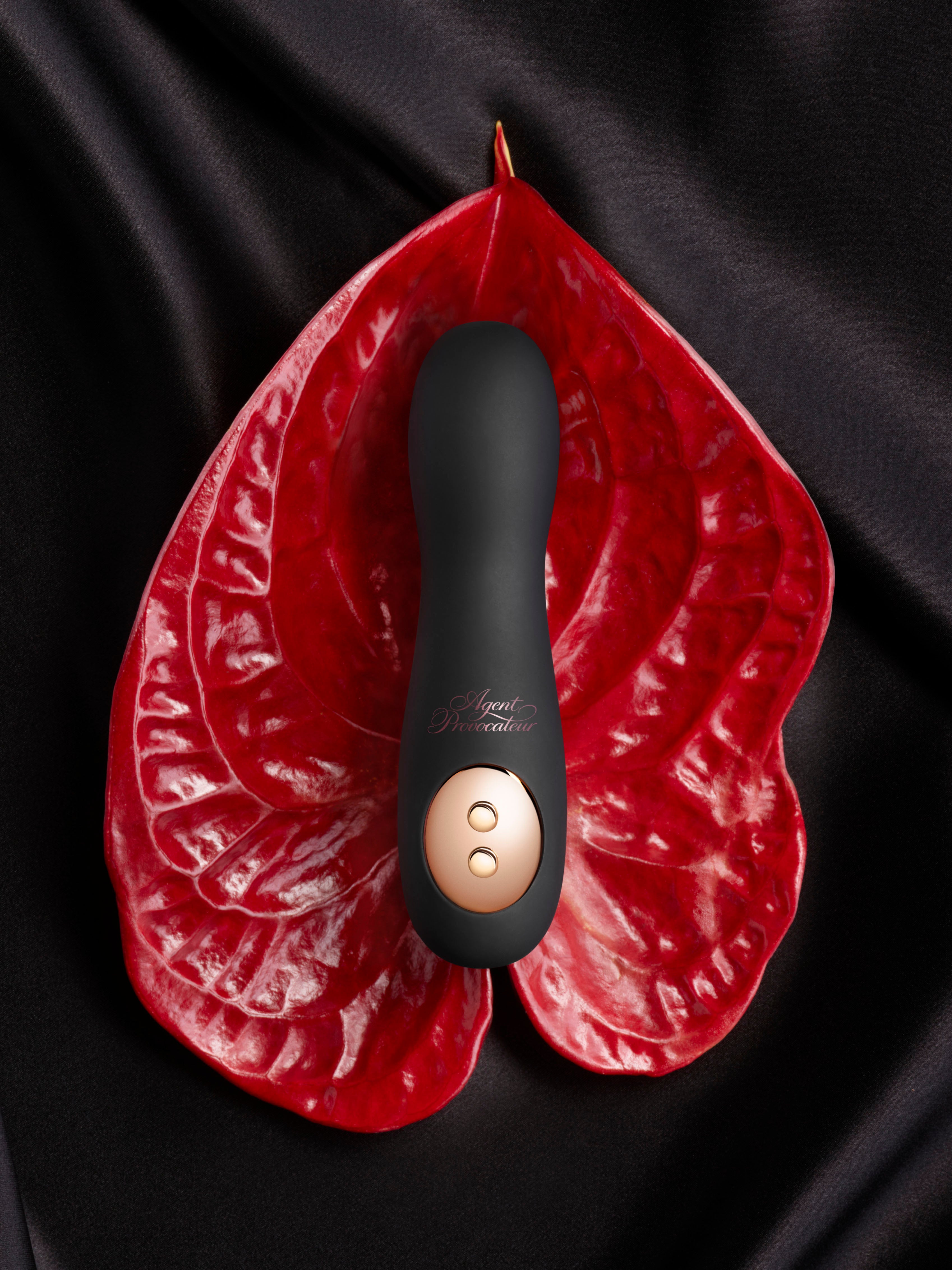 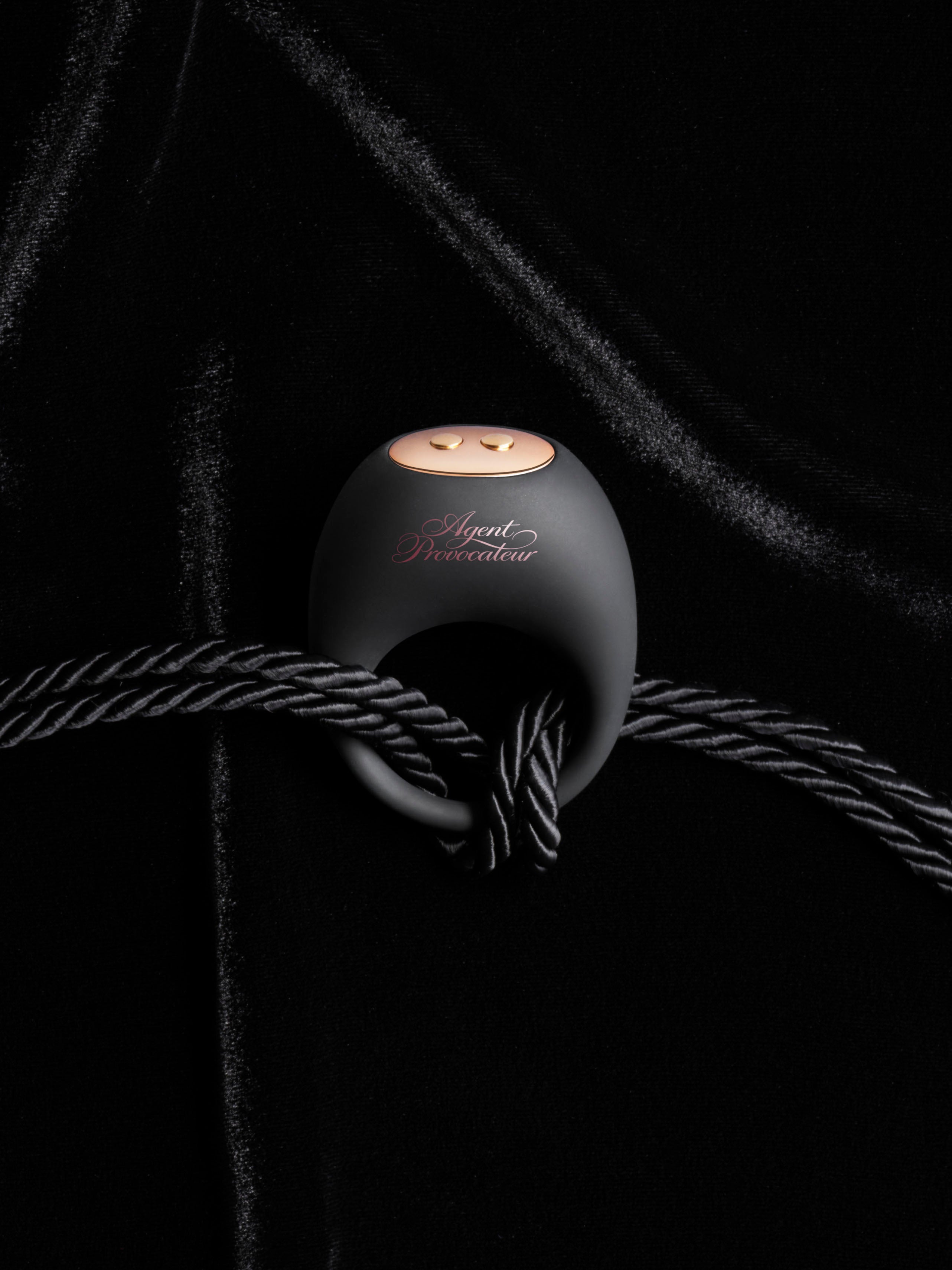 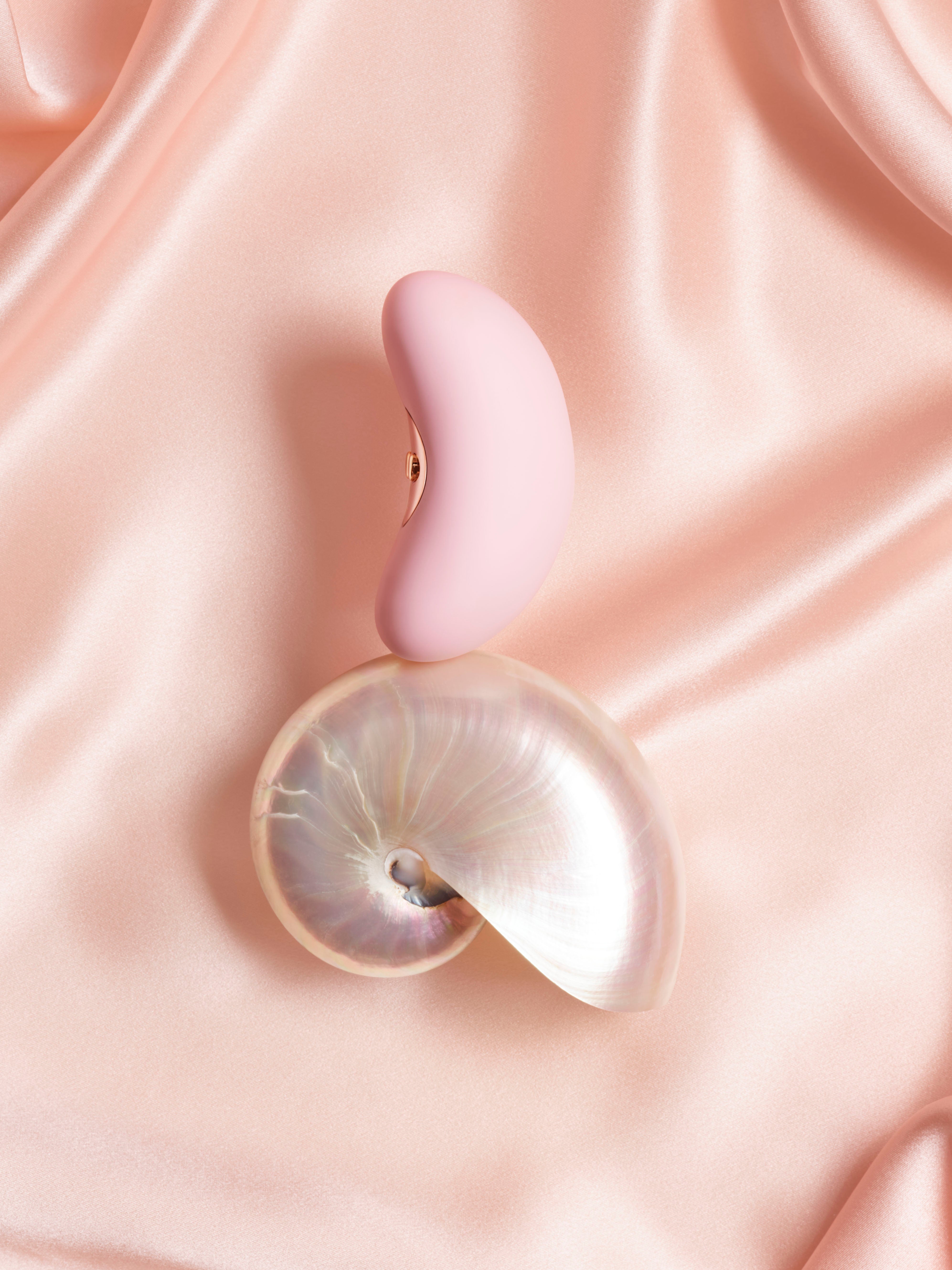