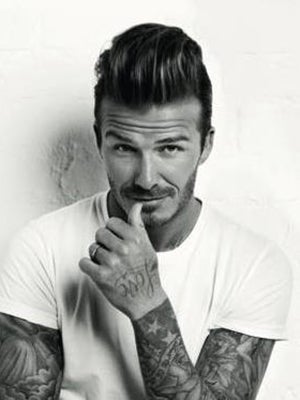 Be still, our hearts: David Beckham is rumored to be in the running for a role on the big screen — Matthew Vaughn's The Secret Service, to be exact. The film adaptation of Mark Millar and Dave Gibbons' graphic novel already has Michael Caine, Colin Firth, and Samuel L. Jackson on the bill. A source told
The Sun
that Becks "Was asked by Colin Firth if he'd like to be in the movie, but he has yet to fully commit." Our professional advice? Say yes to the press.