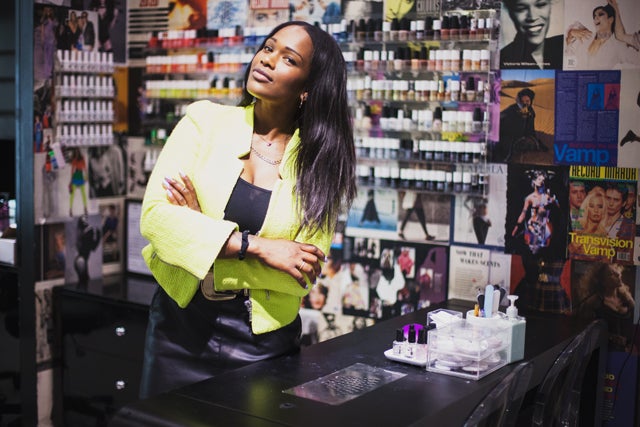 Photographed by Eva K. Salvi
As ubiquitous as fashion-forward nail art is right now (heck, we’re even scouring the country for the next nail-art star, think back (way back) to the dark days of 2008. There wasn’t much attention paid to creative designs beyond “French” and maybe — if you wanted to be really daring — a nude coat. Because that’s when ahead-of-the-trend Sharmadean Reid had the wild idea to open Wah Nails, a boutique nail-art salon in East London. This was way, way before the current explosion of expression that’s taken over our hands and Instagram scrolls. The trend consultant and stylist, who got her start with Nicola Formichetti, always had her (very precisely manicured) finger on the pulse of London’s style scene, and as she remembers it, a small trickle of nail art had started infiltrating the fashion network. “I knew soon it was going to blow,” she says, “and I wanted to be at the forefront of that and knew I could make it work.”
Advertisement
A failed Dior double French at a local salon was the kick she needed to open her own place. A huge space that, in 2009, quickly turned into a destination — the ideal spot to read magazines and hang out and throw parties. In short, the complete opposite from the joint you run into for a quick, cheap coat. That year, Wah worked at parties for Nike and Marc Jacobs and did shows at London Fashion Week and opened up a spot in Topshop, Oxford Circus. Suddenly, Wah Nails filled a void people hadn’t known existed. Fast-forward four years and mani fans are telling the world about their #nailart on Instagram and Pinterest, using designs as political and social commentary, and scaling new creative heights (seriously, watermelons!). Reid’s fine with everyone else jumping on her bandwagon — "They say imitation is the sincerest form of flattery," she demurs — and the question shouldn’t be what’s next for Reid, but what isn’t? With one nail-art book published and another on the way, this entrepreneur — whose summer nails are “lilac and short and neat” — is looking forward to opening a club, traveling the world, and expanding the Wah brand. Oh, and did we mention that she just launched a street casting agency? Check out Oyouth. It’s a safe bet she’ll discover the next hot, young thing before everyone else. Here, Reid talks her game-changing history. 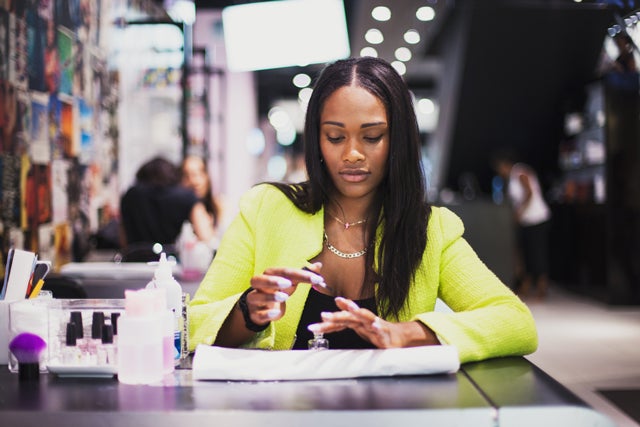 Fashion Digest
“Ever since I can remember, I have always had a natural curiosity. And growing up as a small-town kid in Wolverhampton [England], I soaked up everything I could. I would spend hours poring over art books in the local library and collect fashion magazines, cutting out my favorite spreads and making scrapbooks. I guess not much has changed; I make sure I absorb culture from music, fashion, art, literature, and wherever I am. I studied at Central Saint Martins [College of Art and Design], moving from my hometown to London when I was 18 and never looked back. I started off assisting Nicola Formichetti, and it all grew from there.”

The Big Bang
“From my trend consultancy work, I knew nail art was going to be massive. Wah was a continuation of the brand I’d worked on since I was at university, so when I decided to make a nail salon, it seemed like a natural extension of the brand, which focused on women, community, and fashion — cool girls doing cool things. That was in 2009, and by 2010, I had a concession in Topshop, Oxford Circus. That was always in the business plan, but I was really happy when it finally happened.”

Beat the System
“I had no idea what I was doing. I knew I had a good idea, and I ran with it. Be fearless and be first are what I’d say were the most valuable lessons I learnt during that year. I apply that to most things I do.”
Mother Knows Best
“My baby always keeps me going, as I want to provide for him and to influence a generation of young girls — that whoever you are, and whatever background you’re from, you can achieve what you want with a little hard work and perseverance. Wah is more than a brand for me, it’s a lifestyle and an attitude that permeates all of what I do.”
For more in-depth interviews with inspiring visionaries, click here.

Hair and makeup by Renee Rael

Beauty
The 9 Best OPI Nail Polish Colors, According To TikTok
by Megan Decker
Beauty
11 Nail Art Trends We’re Loving For Summer
For many of us, getting a manicure is a self-care write-off. It takes time and money, yes, but there’s just something about carrying around nice fing
by Megan Decker
Nails
See Every New Shade In Olive & June’s Summer Camp Collection
Pack your bags and bring your bug spray — Camp Olive & June is in session. `“We were inspired by the endless fun of summer camp,” Olive &
by Karina Hoshikawa
Advertisement
Most Wanted
Olive & June Just Launched Its Most Dazzling Collection Yet
Between Euphoria‘s endless bevy of makeup inspo and the ongoing resurgence of all things Y2K, we don’t expect glitter and frosty textures to di
by Karina Hoshikawa
Beauty
9 Genius Pedicure Tips I Learned From A Top London Foot Doctor
London-based podiatrist Dina Gohil has earned herself the rather wince-inducing name ‘the foot-scraper‘ but her credentials go so much further
by Jacqueline Kilikita
Nails
30 Manicure Kits That Will Make At-Home Nail Art Your Thing
by Megan Decker
Beauty
Everything You Need To Know Before Getting Gel Nail Extensions
Back in the day, when we wanted lengthy claws, acrylics felt like our only option. We’d sit in our neighborhood nail salon for over an hour getting o
by aimee simeon
Beauty
Zendaya’s Nail Artist Convinced Me To Get Acrylics
No surprise here: Zendaya keeps good people in her inner circle. Chaun Legend, the artist who does her nails for photoshoots and red carpet appearances, is
by Megan Decker
Beauty
I Tried A Pearl Manicure & Immediately Started Acting Different
I keep getting influenced to wear pearls — so I put them on my fingernails.
by Megan Decker
Beauty
A Pink Nail Polish For Every Occasion
by Megan Decker
New Beauty Trends
3D Nail Art Has Gone “Amorphous”
The latest trend in nail art is all about dimension. We’re seeing these nature-inspired forms — think, rain droplets and melting candle wax — bui
by Megan Decker
Manicurated
Not To Sound Woo-Woo, But There’s Energy In Nail Polish
by Megan Decker
Advertisement
Advertisement
Discover
R29 Stories & News
Watch
R29 Original Series & Films
Shop
R29's Most Wanted