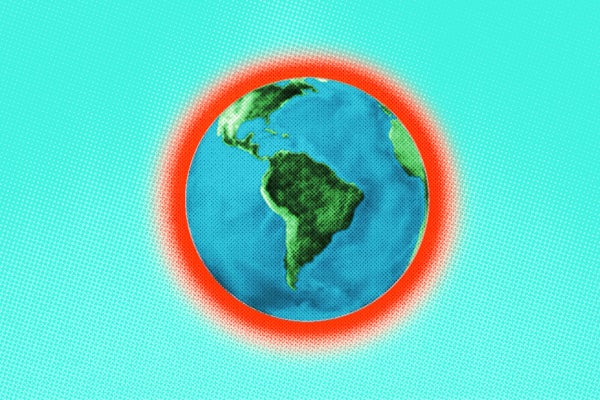 Illustrated by Ly Ngo.
UPDATE: Today, the American Meteorological Society released its 2012 State of the Climate report, with some pretty scary information: 2012 was one of the top ten hottest years ever recorded. Kathryn D. Sullivan, Ph.D. of the National Oceanic and Atmospheric Administration explained that "many of the events that made 2012 such an interesting year are part of the long-term trends we see in a changing and varying climate — carbon levels are climbing, sea levels are rising, Arctic sea ice is melting, and our planet as a whole is becoming a warmer place." Sea levels also reached a record high after decreasing in 2011. You can read the full report here, or some highlights and explanations over at the NOAA website.
Advertisement
Originally published on July 27: Are you slowly melting while reading this sentence? Yeah, us too. There's no doubt that it has been a hot (and cold) summer so far, and we've only just started July. Frankly, we'd rather not even think about August, and what it has in store for us.
Plus, remember the topsy-turvy winter we had? The constant (often unfulfilled) threat of crazy storms here in NYC coupled with, oh say, 16-inch snowfalls in the middle of May in Minnesota, had definitely kept us all on our toes. All told, it makes for a pretty good story, and a lot of excellent fodder for whining. While we might have a tendency to jump to conclusions and call it global warming, we opted to do a bit of research, instead. So, what's the real story with all this bonkers weather, you ask?
We talked to Dr. Sarah Kapnick, a postdoctoral research associate at Princeton University's Program for Atmospheric and Ocean Sciences, to get the scoop on the often misrepresented, easily distorted truth of climate change. No politics, no partisanship: This user's guide is about pure science — but broken down for the uninitiated. And, when it comes to global warming, the scientific opinion is notably different from the political picture. According to a report by the Yale Project on Climate Change Communication, 97% of peer-reviewed papers by climate scientists agree that climate change is happening and is caused by humans. And yet, only 41% of Americans believe that. The rest of the surveyed group responded "no" or "don't know"; and among that group, 4% even stated that "most scientists think global warming is not happening." Yikes.
Advertisement
Kapnick, like most of the scientific community, agrees that there is simply no doubt that the climate is changing as a direct result of human activity — that warming is, to use official terminology, anthropogenic. "Humans influence the climate in a number of ways. The one that's most known — or at least, most debated — by the general public is greenhouse gas emissions." That's the release of a number of gases, primarily carbon dioxide from electricity generation (but also from cars and methane from livestock waste) into the atmosphere. One important greenhouse gas indicator, the Keeling Curve, recently reached an unprecedented high in its documentation of carbon dioxide in the atmosphere. As of June 2, the Mauna Loa observatory in Hawaii (where Keeling Curve data is measured) recorded its highest-ever carbon dioxide concentration, at 400 ppm.
But, there's more to the story than just greenhouse gases. Another way humans change the climate is through land use. Deforestation, concrete jungles, and other such things have a considerable impact on the atmosphere. "Changing the surface cover of the Earth changes the Earth's albedo — how much the Earth reflects sunlight." Albedo is higher in areas with ice cover, and lower in areas with, for example, thick forests. Human land use also alters the amount of vegetation (which locks away carbon dioxide), and changes the amount of dust in the atmosphere.
And finally, a third means of anthropogenic change comes in the form of aerosols. Though we might reserve the term for hairspray, in scientific language, it refers to "tiny particles that are suspended in the air. They can make the climate warmer or cooler depending on the type of particle, and where it is in the atmosphere."
Advertisement
Land use and aerosols can also have very specific, local effects, compared to the global effect of greenhouse gases. But overall, Kapnick says, models using data from as far back as 1861 indicate a rise in temperatures that is a combined result of all these factors.
These three categories, and the many activities that contribute to them, provide a clear picture of what humans are doing that changes the environment. But exactly what is happening as a result of these behaviors? What's the connection between things like greenhouse gases, land use, and aerosols and the feeling that it's getting hotter and hotter every summer — not to mention the seeming increase in hurricanes and tornadoes? Well, seeking the simplest explanation, Kapnick helped us break it down into three major subsets of climate change as a whole. Click through for a troublesome look at what's to come. 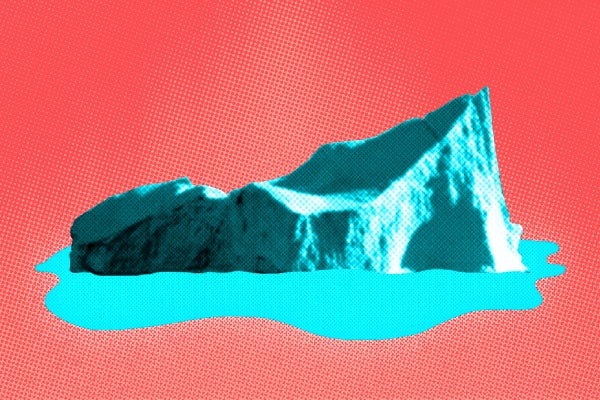