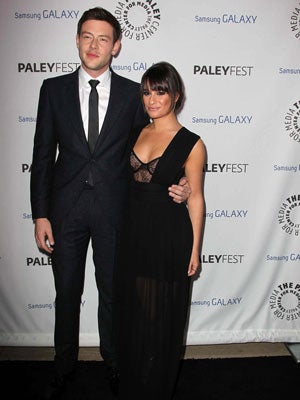 Though we knew that the young star was openly dealing with his own demons, we had hoped that he would have triumphed; unfortunately the emerging actor Cory Monteith passed away tonight. Officials currently say there is no overt cause of death at this time, and Monteith checked into the hotel his body was found in a week ago (on Saturday, July 6), and police believe he was by himself when he died. No foul play is suspected.
As avid watchers of Glee and huge fans of Cory's, our hearts go out to his family and his loved ones. This is a huge shock, and we — as are his fans, we are sure — are still processing the information. We will update you as the story unfolds. (TMZ)