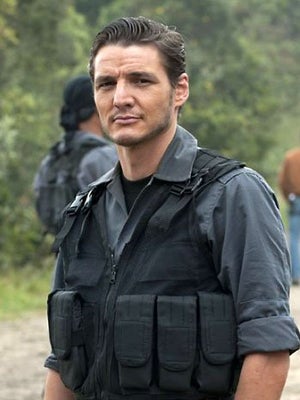 Game of Thrones may be off the airwaves for now, but true fans — especially those who've read the books — will continue discussing it in lengthy Internet forums, thank you very much. And that was exactly what they did recently on George R.R. Martin's LiveJournal, where he responded to several fans' comments about the depiction and inclusion of various ethnicities both in the books and in the HBO show.
It's always been an interesting point of discussion, but the subject peaked of late due to the news that Chilean actor Pedro Pascal has been cast in the role of Oberyn Martell. The Martell family (who haven't yet appeared on the show) are described as dark-skinned in the books, and this had some readers up in arms, saying that the show had been whitewashed. Martin addressed the concerns at length on his blog:
Advertisement
I wasn't present for Pedro Pascal's audition, but I understand that he really killed it with his reading. And since his casting was announced, the producer of another TV show on which he appeared recently has written me to say how terrific Pascal is, and to congratulate us on the casting. So I suspect that he will turn out to be a wonderful Red Viper.
I do know that David and Dan and HBO do favor having a racially and ethnically diverse cast on the series. It is true that we've lost several black characters who appear in the novels (Chataya and Alayaya, Jalabhar Xho, Strong Belwas), but to balance that, characters like Salladhor Saan and Xaro Xhoan Daxos, both white in the books, have been played by black actors. Missandei as well, though in the books the Naathi are golden-skinned, not white.
When and if the show introduces Prince Oberyn's daughters, the Sand Snakes, I expect we will see the same diversity as in the books, ranging from Tyene (blond and blue-eyed) to Sarella (light brown skin, as her mother was a Summer Islander). And I expect that the crew of the CINNAMON WIND will all be cast with black actors... assuming, of course, that Sam's voyage remains in the story.
The discussion continues, and he goes on to address some of the more nuanced issues of race and even body image in the Game of Thrones universe. For our part, we think both the show and the books do a pretty good job of representing all sorts — though it's true that all of the main characters are white, if there's one work of contemporary fiction that loves to upturn the status quo, it's definitely GoT. (UpRoxx)
Style
How Lady Gaga’s House Of Gucci Wedding Dress Compares To T...
Just when we thought the fashion in Ridley Scott’s upcoming film House of Gucci couldn’t get any better — think: Adam Driver as Gucci heir, Maurizio
by Eliza Huber
Style
Ashley Graham’s Outfit Makes A Case For Wearing Bike Shorts With ...
On Wednesday, Ashley Graham took a break from what appeared to be a fitting to snap a few mirror selfies and show off her look. For the occasion, the model
by Eliza Huber
Style
Sophie Turner’s Latest Look Is On-Trend & Vacation-Ready
On Tuesday, Sophie Turner spent her afternoon basking in the sun, listening to Taylor Swift’s “Mr. Perfectly Fine” (to husband Joe Jonas’ dismay, w
by Eliza Huber
Advertisement
Style
Rihanna’s Going-Out Look Included A Leather Blazer & Sheer ...
Rihanna is on a street style roll. Over the last month, the singer-designer has been debuting impeccable look after impeccable look. What makes them superi
by Eliza Huber
Style
Every Look From The SAG Awards Red Carpet Was Best-Dressed Material
by Eliza Huber
Celebrity Style
After Staring At This Fit Pic Of Kylie Jenner, We’ve Got To Say: ...
On Thursday night, every notable LA-based 20-something gathered to celebrate Justin Bieber’s album release at The Nice Guy, a fauxld-school Italian hotsp
by Eliza Huber
Style
Dakota Johnson On Personal Style: “I’m Just A Regular Ball In The...
Dakota Johnson lies about limes. Her family used to have pet lions. She went on Ellen DeGeneres’ show, and casually accused the host of lying, as a f
by Eliza Huber
Style
Tracee Ellis Ross Took A Cue From Timothée Chalamet For Her Lates...
What do you do when you’re quarantining, but also need an outfit for The Tonight Show? (Couldn’t be us!!) But if you’re Tracee Ellis Ross, you ha
by Eliza Huber
Style
Lizzo’s Latest Dance Video Made A Case For ’70s Bell ...
In yet another life flex, Lizzo took a break from posting bikini shots on a yacht to dance to Cardi B from her Malibu home on Monday. The switch to a (rela
by Eliza Huber
Style
Bella Thorne Is Engaged — & Her Pear-Shaped Engagement Ring Is A ...
On Saturday, Bella Thorne and Italian singer Benjamin Mascolo, who’ve been linked since spring of 2019, announced that they were engaged via Mascalo’s
by Eliza Huber
Style
Barbie Ferreira’s Neon Sandals Are Euphoria-Approved
Though Euphoria Season 2 won’t air until late 2021 or early 2022, one of the show’s stars is making sure to keep the HBO drama at the forefront of our
by Eliza Huber
Style
Kate Middleton’s All-Camel Look Is A Lesson In Monochrome Dressing
On Wednesday, after weeks of wearing vibrant shades of pink and green, Kate Middleton’s style took a turn for the understated. The Duchess of Cambridge a
by Eliza Huber
Advertisement
Advertisement
Discover
R29 Stories & News
Watch
R29 Original Series & Films
Shop
R29's Most Wanted