Skip navigation!
Story from Celebrity Style
The votes are in. The readers and digesters of Reader's Digest have spoken. When it comes time to pick a celebrity babysitter next weekend, Kristen Stewart and Tom Cruise will apparently not be in the running.
The two stars were named "least trustworthy" in a recent reader poll conducted by the Digest, and we can't say we're surprised, given the media coverage of both of their recent breakups. The poll is actually called "The Top 100 Most Trustworthy People In America," and frankly we find it ridiculous. Why wouldn't the most trustworthy include, you know, the rare politician with a clean record? Or journalists dedicated to bring you the news 24/7? Or, someone whose advice is so trusted, it's practically law, like Warren Buffett? But no. Instead, our most trusted people are people whose job is to pretend to be something they're not.
Advertisement
Not that actors and celebrities can't be perfectly trustworthy and respectable. We're sure Meryl Streep, Sandra Bullock, Tom Hanks, and Denzel Washington — all voted among the most trustworthy — really are great people. And Kristen Stewart and Tom Cruise probably aren't too bad, either (up for intense debate, we know). But, the fact of the matter is, we can engage in fun speculation and harmless gossip and fangirl fawning as much as we want, but to actually speculate on the moral character of these people is pretty useless.
First of all, every detail of their lives is handled and managed from top to bottom. Second of all, you rarely get to hear from them, unscripted. There are the occasional moments of clarity through the PR fog, there are obvious (often planted) blind items, there are drunken mug shots and police reports — but beyond that, it's all a strictly controlled facade. That's the whole point. While folks like Maya Angelou and Bill and Melinda Gates do make the top ten, it just seems kind of mind-blowing that they're all out-ranked by actors.
Anyway, rant over. The list is pretty much exactly what you'd expect, though we always thought Beyoncé would stack up higher on the trustworthy side. What about you, though? Who's the public figure you trust most? And no, it does not have to be a celebrity. (The Huffington Post) 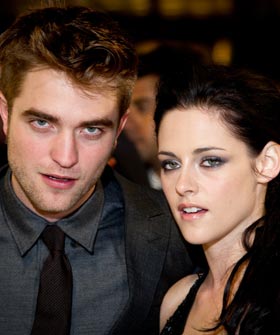 Celebrity Style
What The Most Viral Celebrity Looks Say About 2023’s Fashio...
This year, celebrity fashion returned to its pre-pandemic heights: concert tours resumed, fashion weeks around the world picked up, and red carpets renewed
by Frances Solá-Sant...
Entertainment
All The Best Red Carpet Looks From The 2023 Golden Globes
by Millie Roberts
Unbothered
Our Top 3 Looks From Rihanna’s Savage X Fenty Vol. 4 Show
The fourth installment of Savage X Fenty’s epic fashion show just premiered on Prime Video, and it’s nothing short of energetic and sexy. In this show,
by Venesa Coger
Advertisement
Unbothered
I’m Showing Plus-Sized Black Women They Can Feel Empowered ...
In a sea of social media sameness, it’s incredibly refreshing to scroll through content creator and model Simi Muhumuza’s Instagram and Tik Tok pages,
by Christa Eduafo
Unbothered
Let’s Ignore Kanye West & Put Some Respect On Gabriella Karefa-Jo...
Regardless of how much of a “creative genius” Kanye West believes himself to be, one thing is crystal clear: we really need to stop making excuses for
by Venesa Coger
Unbothered
Claire Sulmers On What’s Next For The Black Fashion Industry
Welcome to Fashionably Black!, a style and culture guide for Black people highlighting the cultural moments, pioneers, and conversations we’ve always bee
by Venesa Coger
Unbothered
What’s Next for Serena Williams? Fashion, Of Course
When Serena Williams announced her retirement (or as Williams prefers, her “evolution”) from tennis earlier this month, it signified the end of an epic
by Alexis Jackson
Unbothered
Savage X Fenty Debuts Loungewear Collection — With Help From G...
Last week, Savage X Fenty launched its newest loungewear collection, Xssentials, and the line is everything you’ll need this fall. From soft fabrics to b
by Venesa Coger
Fashion
Remi Bader’s New Revolve Launch Is Here — Why The TikTok St...
At one point or another, all shoppers experienced trying on clothing they purchased online only for it to fit nothing like they expected. TikTok star Remi
by Daisy Maldonado
Unbothered
WNBA Star Skylar Diggins-Smith’s Puma Collection Is Versatile On ...
Skylar Diggins-Smith wants you to know that she’s a hooper with style. On August 2, the six-time all-star and Phoenix Mercury Guard released her first-ev
by Venesa Coger
Unbothered
Want To Grow Your Following On Instagram? Micaéla Verrelien Share...
The misconception about being a successful influencer is that you have to tie yourself down to one specific niche in order to gain popularity. But thatR
by Venesa Coger
Fashion
Tinx Is In Her “Rich Mom Athleisure” Fashion Era — But Don’t Expe...
“Rich Moms love a monochrome moment, like a linen pant and a nice linen blouse. They love a bathing suit with a sarong over it and some amazing statement
by Irina Grechko
Advertisement
Advertisement
Discover
R29 Stories & News
Watch
R29 Original Series & Films
Shop
R29's Most Wanted