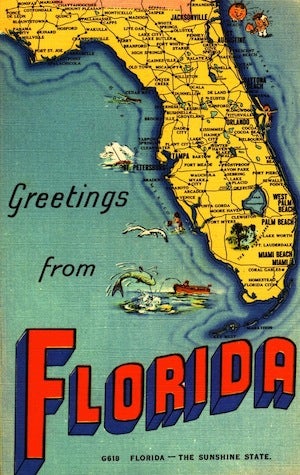 Well, you had your fifteen minutes — all the results aren't in yet, but major news outlets from Fox to MSNBC have called it in favor of Obama, who's also leading in Florida for now.
Reports are coming in left and right of horribly long voting lines down in Florida which, despite all the Ohio hype, has suddenly become one of the most important states in the race. In fact, one of our election-watching buddies has family down near Ft. Myers who had to wait nearly three hours just to cast their ballots!
First off, if you're still in line, stay there. You'll get to vote tonight even if you're still in line when the polls close. It's such a close race that the entire nation has its eyes focused on the Sunshine State. Earlier tonight, Romney was ahead by a mere 636 votes. Now, it looks like Obama has a 1% lead. Currently, we're still waiting on a lot of votes — Romney's relying on panhandle counties where reporting is still at 0%, and Obama is waiting for good news from Miami-Dade county, where reporting is notoriously slow.
Basically, FL has taken center stage. From the lines to the encouraging tweets to the incredible tension of realizing a sudden swing state could literally go either way, this is an intense moment. A similar situation happened in 2000, and Al Gore drew the short straw by just a hair. We'll see if this is a repeat or a new precedent. Stay tuned!