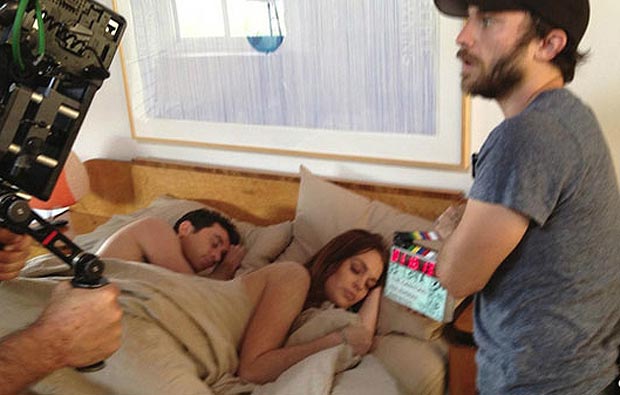 In a truly shocking turn of events, LiLo suddenly got shy on the set of The Canyons when she refused to strip down for a sex scene until the rest of the crew followed suit. The film is part of the child star's supposed comeback after her career received a much-needed boost from her role as Elizabeth Taylor in the TV biopic Liz and Dick.
Granted, she's co-starring alongside a porn star named James Deen, so we can understand if her previous paparazzi-documented antics paled in comparison. All told, we think demanding that the male film crew honor her naked presence with their own is a pretty interesting way to equalize things on set. Maybe we should start following in her footsteps — request that the beautician also take her pants off for our bikini wax, or ask the manicurist to remove her shoes, so as not to embarrass our toesies. Good tip, LiLo! (The Sun)