Skip navigation!
Story from Fashion
Photo Courtesy Of LARRY HORRICKS/NETFLIX
Nestled among louder lockdown offerings like Married at First Sight Australia and The Serpent sits Simon Stone’s unassuming film The Dig. Starring Carey Mulligan, Ralph Fiennes, Lily James and Johnny Flynn, the story begins in 1939, in a bucolic and sprawling Suffolk which at first feels like an escape from the looming shadow of the second world war. On the surface, The Dig is about the archaeological discovery of an Anglo-Saxon burial ship at Sutton Hoo. Underneath the mounds of mud, though, it’s a study of memory and preservation, an exploration of how artefacts, from coins to photographs, serve as markers of time as humans confront their ephemeral nature.
Advertisement
Photo Courtesy Of LARRY HORRICKS/NETFLIX
Panoramic vistas of Suffolk’s vast blue skies and swathes of green fields are a tonic when we’re locked down in the depths of winter, and it would come as no surprise if the East Anglian county tops wish lists for staycations this summer. There’s even interiors inspiration courtesy of the Edwardian manor belonging to Mulligan’s Edith Pretty, the owner of the private estate on which the burial ship is discovered. Anyone who has found themselves down a rabbit hole of country house aesthetics on Instagram thanks to last year’s cottagecore trend will be satisfied: undermount sinks and vases of dried flowers, floor-to-ceiling bookcases and fringed lampshades, sage green wallpaper and barley twist tables will have you straight on eBay, bidding for your next vintage treasure.
Photo Courtesy Of LARRY HORRICKS/NETFLIX
It’s the onscreen style that had us pausing the film throughout, though. From Pretty’s silk shirts, camel cardigans and perhaps the most perfect mackintosh we’ve laid eyes on to Lily James’ high-waisted Bermuda shorts and ditsy blouses with Peter Pan collars, every look turned out by the ensemble is pitch perfect. While recent blockbusters like The Serpent and Bridgerton edge into fancy dress territory, The Dig’s costume designer Alice Babidge approached the characters' wardrobes with more subtlety, making for a far more appealing and accessible aesthetic. "I don't believe that because something is set in a certain year means that you have to be beholden to the style of that year," she tells Refinery29. "I think if you look at people in any day and age they, for the most part, dress in a way they feel comfortable, like they have established who their true self is. Yes, a period [film] is about trend, so I looked at the trends of the late 1930s. But what you also have to remember is that people were still wearing clothes that they had five, 10 or 20 years ago, so their wardrobes are actually a combination of those periods."
Advertisement
Babidge steers clear of exaggerated costumes through a far more realistic look at the lifespan of individuals' wardrobes, something made even more apparent by characters wearing the same look multiple times throughout the film. "Edith has a lot of repetitions and Basil [Brown, the self-taught excavator who leads the dig, played by Fiennes] only has two pairs of trousers – that’s how you existed then." Before the age of mass production and fast fashion, where online shopping allows us to mindlessly scroll and buy at the click of a button, a practical, slow and conscious relationship with clothes wasn’t a radical act. As lockdown sees us reassessing the function of our wardrobes and interrogating our broken relationship with fashion, the onscreen style of The Dig hits differently.
Photo Courtesy Of LARRY HORRICKS/NETFLIX
Search for capsule wardrobes is soaring while many of us are editing our pieces down to those we’ll continue to wear, love and look after for years to come. In addition to custom-made and sourced vintage, Babidge looked to contemporary brands like Margaret Howell – known for its timeless pieces – to dress the cast (Edith’s ecru pie-crust collar shirt is from AW18, while her ginger one-pocket cardigan is AW19). Tailored trousers, silk blouses, lace-up brogues and muted knitwear may not be of much use while we’re housebound but pieces that transcend time and season appeal now more than ever. "It's only in the past few years that we've really come to recognise how problematic our consumerism has been," Babidge says. "The scale of their wardrobe is vastly different to ours, and if that resonates with people as something that is positive and workable today, that can only be a good thing."
Advertisement
The costumes will appeal to anyone who found cottagecore’s saccharine prints and silhouettes too feminine. From Basil’s tweed waistcoat and matching flat cap to Edith’s opening look – slouchy tailored trousers tucked into socks, worn with brown brogues – there are suave get-ups aplenty. Glittering ‘20s evening gowns nod to the longevity of the characters' wardrobes while angel-sleeved silk pyjamas and house robes have us wanting to upgrade our WFH-wear. Edith wears an ankle-grazing cream crochet maxi and straw hat that we’ll be recreating on our own sun-soaked Suffolk sojourn, while archaeologist Peggy, played by James, makes the case for rust-hued linen overalls, peachy short-sleeved knits and tortoiseshell spectacles.
Photo Courtesy Of LARRY HORRICKS/NETFLIX
You should watch the film for many reasons: the performances are stellar, the cinematography is superb and it's a quiet reprieve from TV’s often-chaotic offering. The sumptuous onscreen style is just another excuse to dig in.
The Dig is available to stream on Netflix now. 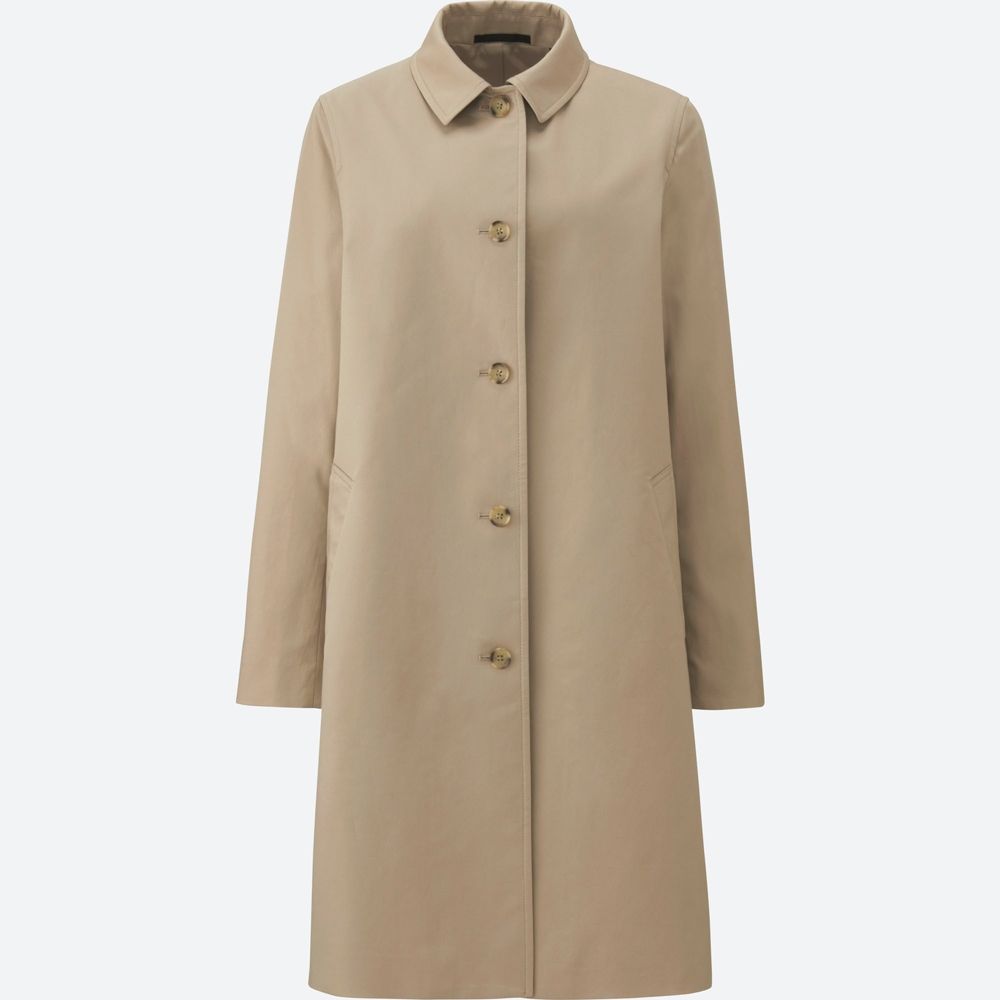 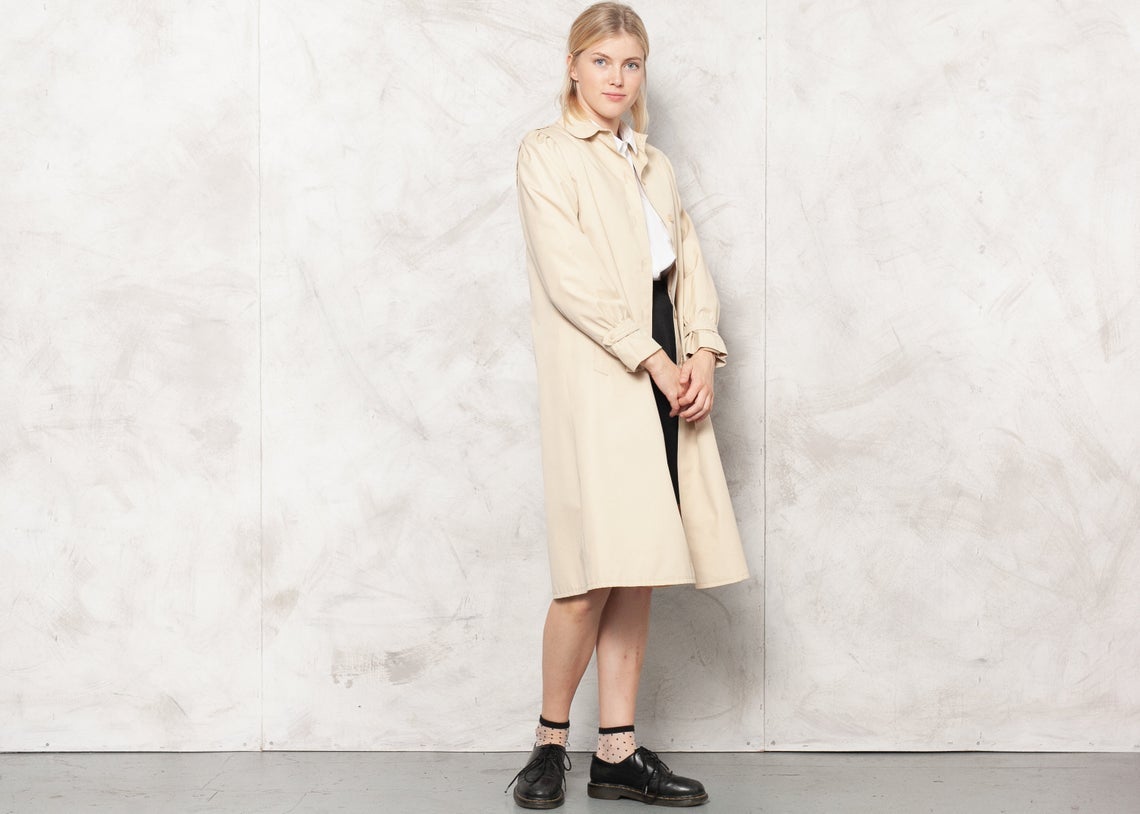 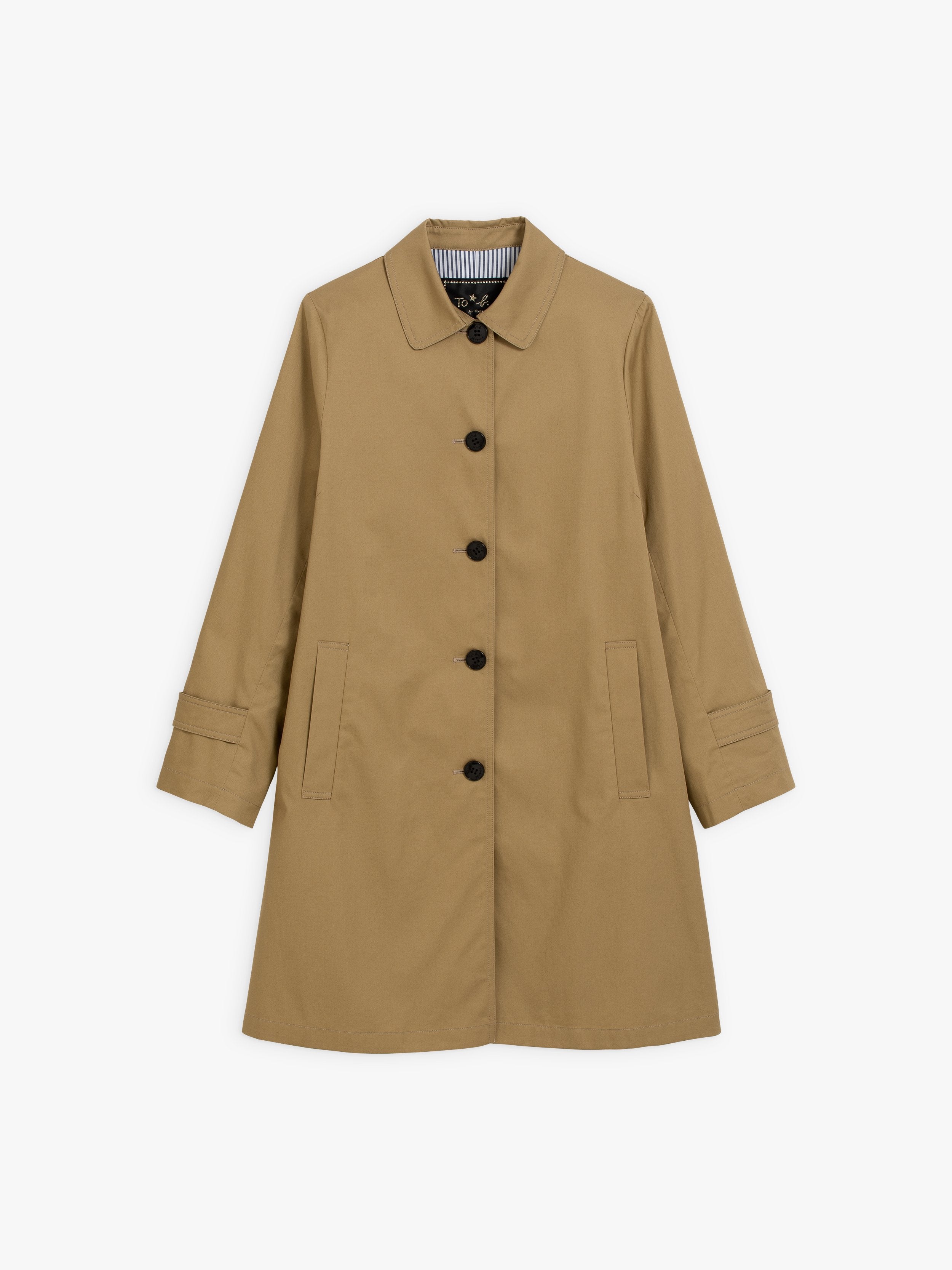 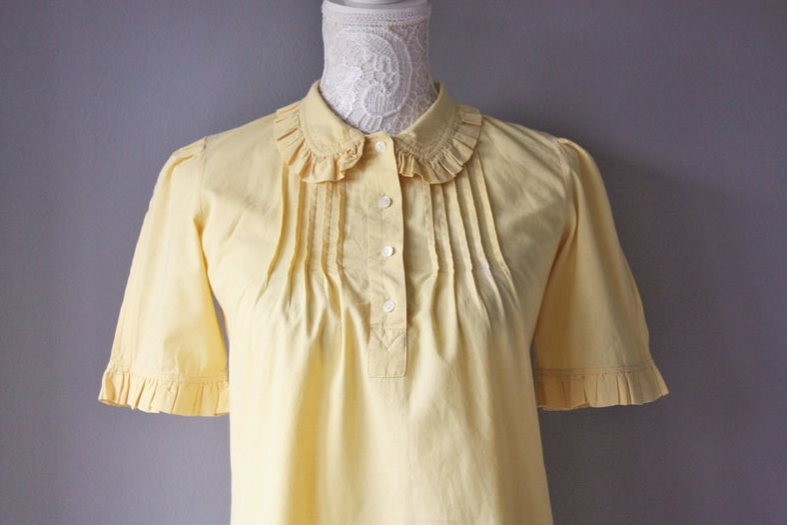 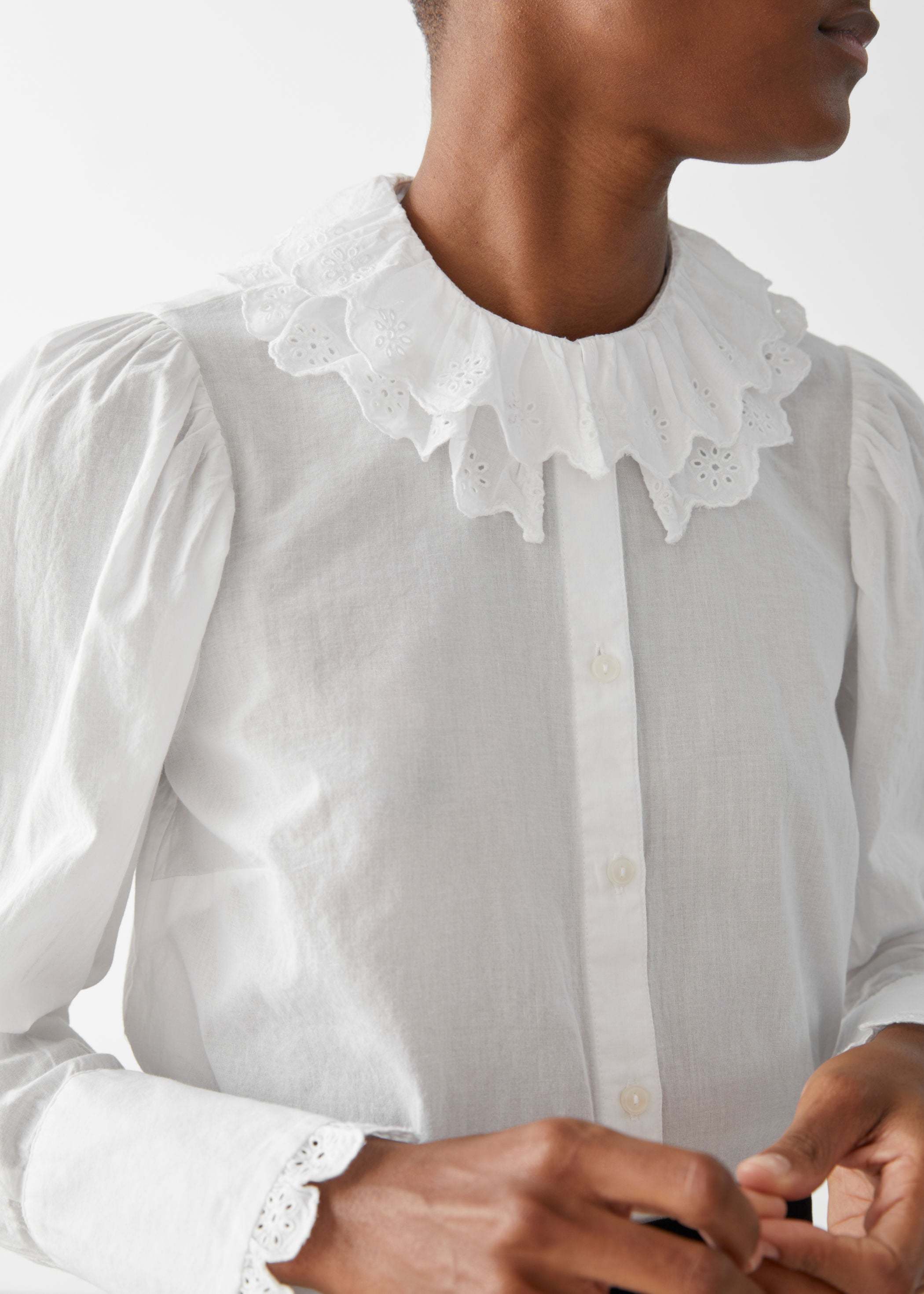 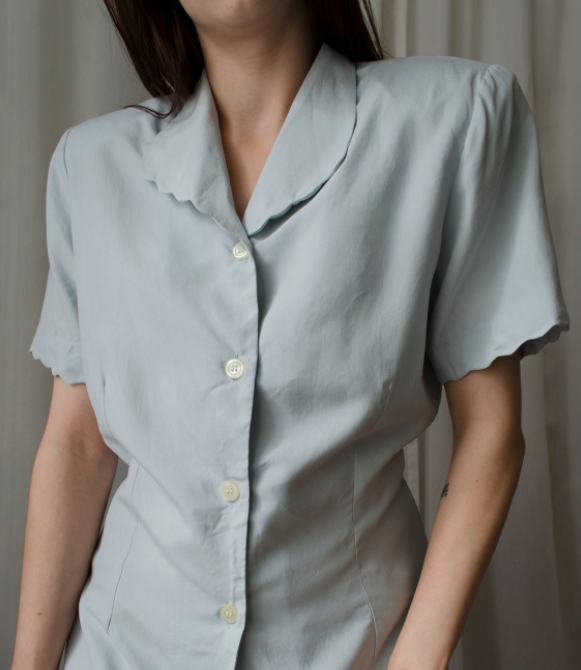 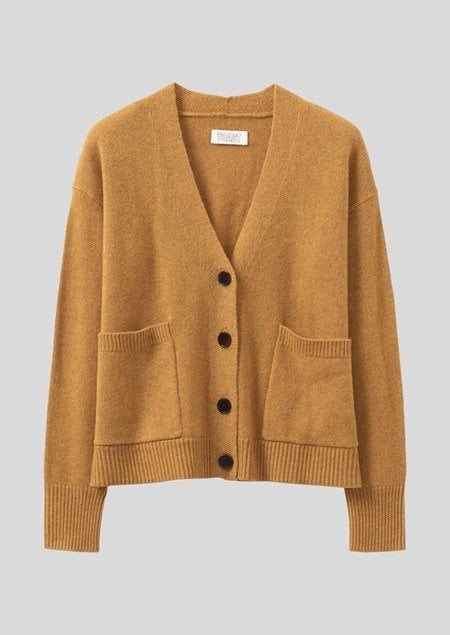 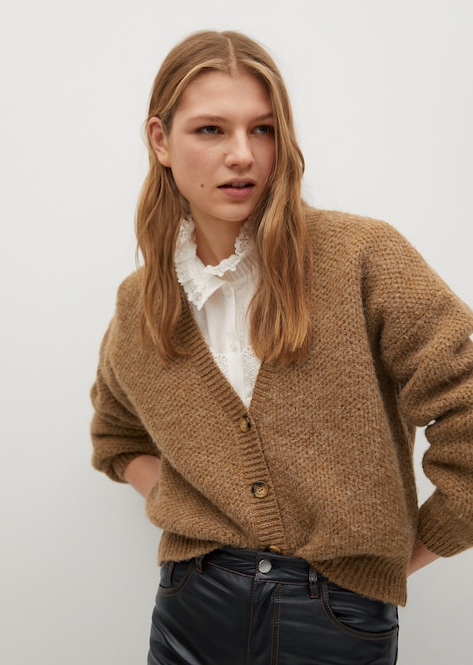 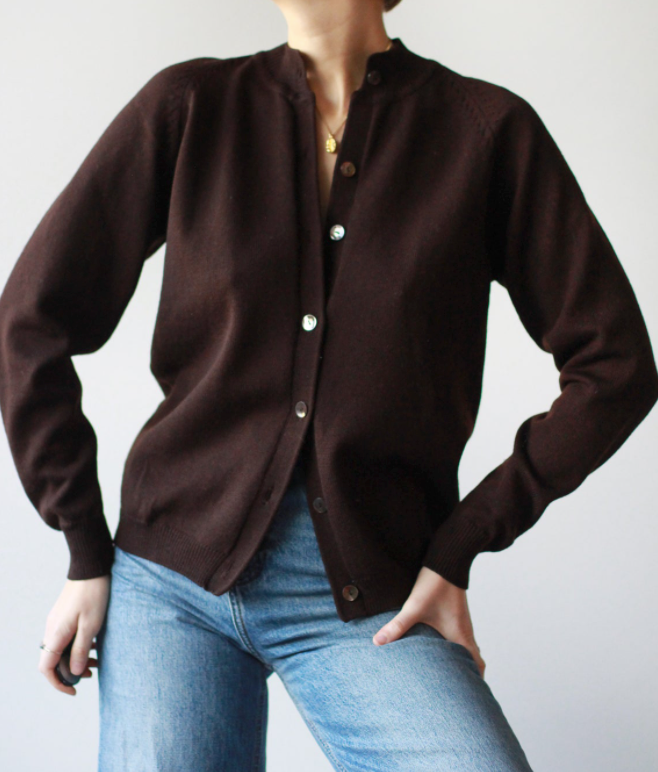 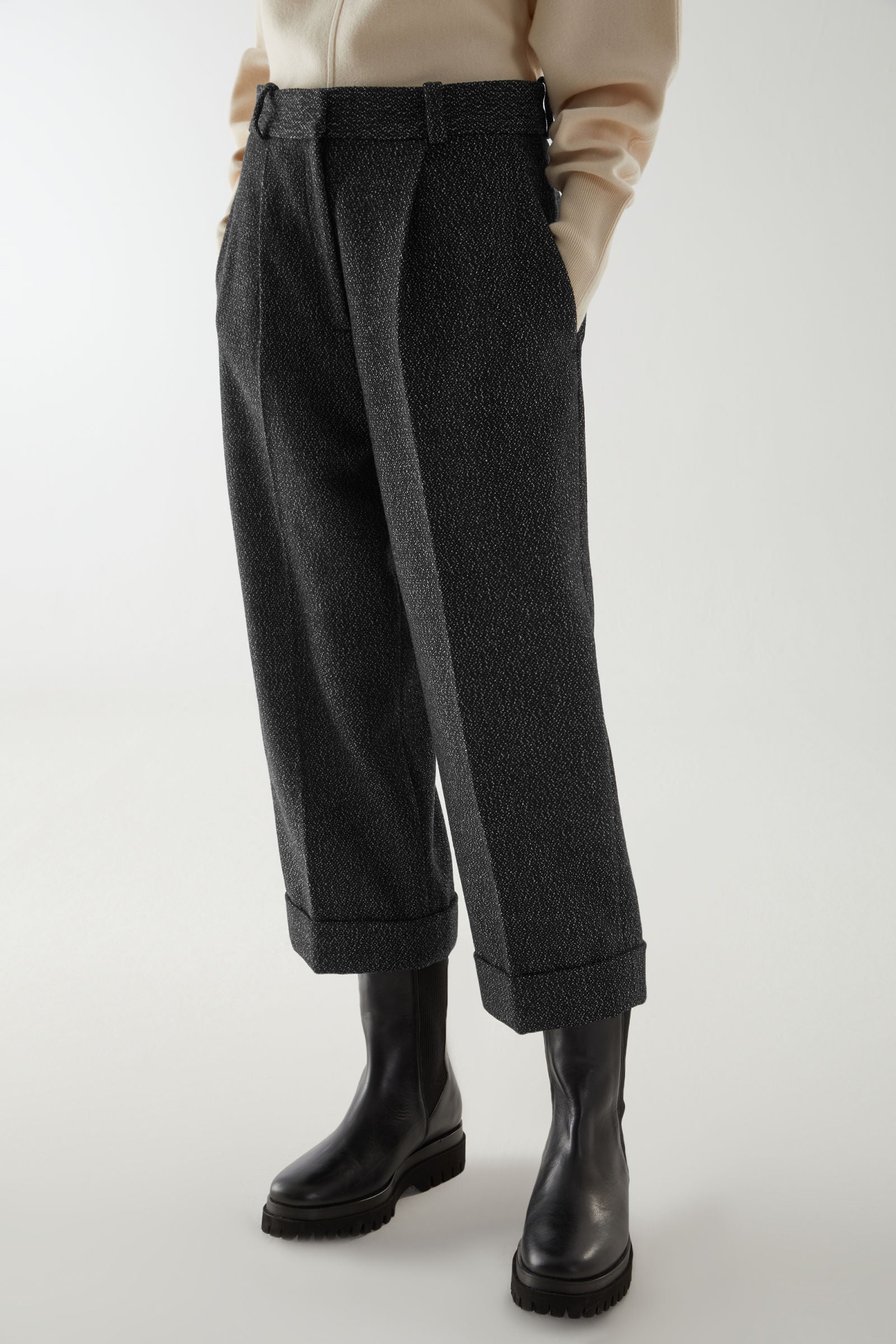 COS
Wool Mix Pleated Trousers
£89.00
COS 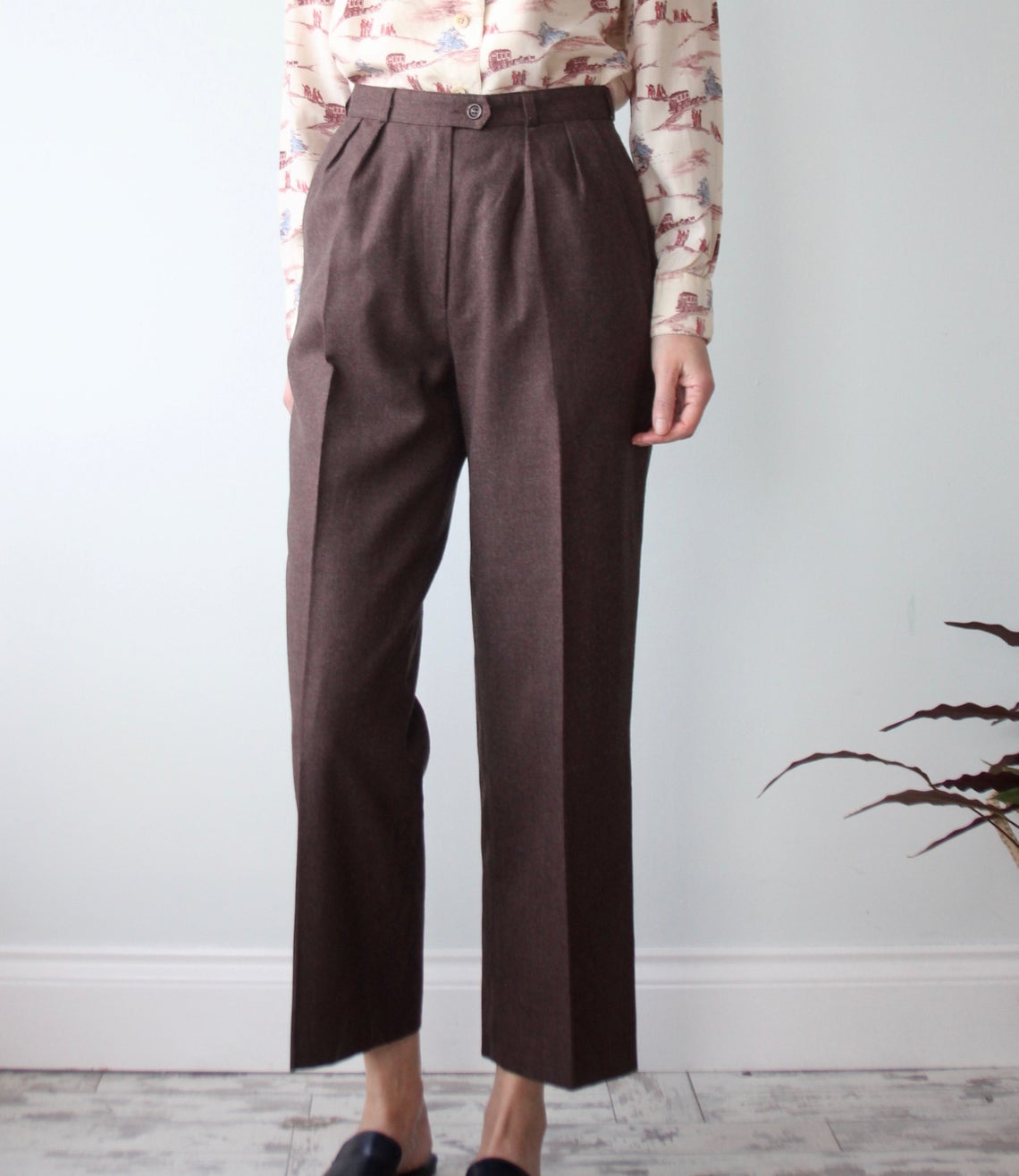 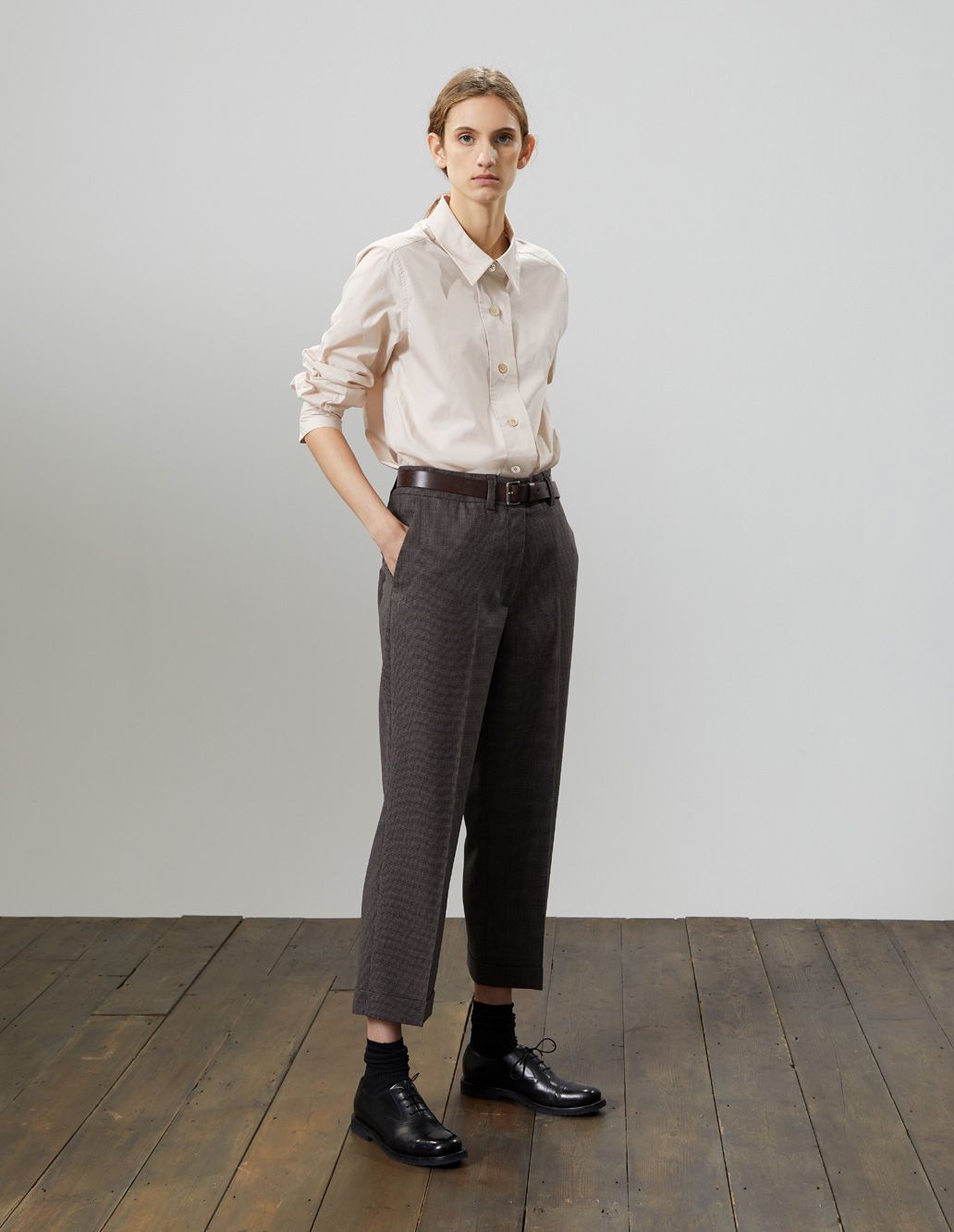 Margaret Howell
Tapered Flat Front Trouser In Houndstooth ...
£435.00
Margaret Howell
Fashion
This Viral Pleated Skirt Is A Fashion Must-Have
Since 2019, fashion forecaster Mandy Lee has been on a hunt for a pleated skirt from o, the London-based brand founded by Emma Chopova and Laura Lowena in
by Frances Solá-Sant...
Shopping
17 Summer Holiday Essentials You’ll Actually Wear
by R29
Fashion
Denim Leg Warmers Are The TikTok-Approved Way To Upcycle Your Jeans
Fashion has had a string of odd trends this year, from unnecessary belts to glass handbags and cargo jeans. But if there’s a trend that takes the “Most
by Frances Solá-Sant...
Advertisement
Style
Crop Tops & Biker Chic: The Best Street Style At Copenhagen Fashi...
by Pema Bakshi
Style
Horse Girl Has Grown Up & Entered A New Era
I’m sure I’m not alone in admitting that for my preteen self, horses were a big part of my life. Looking back, it was a surprising obsession fo
by Maggie Zhou
Fashion
A Basket Bag Is The Only Accessory You Need This Summer – Here Ar...
by Esther Newman
Shopping
14 Of The Best Brands Bringing Back Silver Jewellery
by Esther Newman
Fashion
The Best Denim Shorts For Every Summer Style
by Alicia Lansom
Fashion
We’re All Barbie Girls In A Barbiecore World
One month ago, the internet was momentarily silenced when the first photos emerged from the set of Greta Gerwig’s highly anticipated Barbie film. The glo
by Alicia Lansom
Shopping
We Just Found THE Dress Of The Summer (And It Has Pockets)
Refinery29’s dedicated Shopping team is back with another in-depth examination of an internet-revered item: Anthropologie’s Somerset Maxi Dr
by Vivien Lee
Fashion
Move Over, Coastal Grandma. Cool Coastal Aunt Has Arrived
Over the past few months it’s been impossible to miss the steady influx of Diane Keaton regrams, Nancy Meyers references and linen-on-linen ‘fits.
by Zoe Anastasiou
Shopping
7 Sustainable Loungewear Brands For Guilt-Free, Summer Comfort
by Georgia Murray
Advertisement
Advertisement