Skip navigation!
Story from Hair
Photo courtesy of Gabrielle Dyer.
A long shower is one of the most simple yet effective forms of self-care. Scorching water, serenity and most importantly a break from staring at a screen are always welcomed. Washing your hair, however? Not so much.
Don't get me wrong; hair washing is a very normal activity and deserves little to no disdain. But it still sucks, especially for me. The bitterness started when I was at school. My hair is naturally curly and back then, it was incredibly long and thick (bounteous, even, pre-bleach). I straightened it 24/7, so the entire routine was exhausting. Each week was planned around wash day, which usually took place on Thursday night so I was set for the weekend. Any activities that coincided were swiftly cancelled. "I can't come, I'm washing my hair," was a frequently used yet totally legitimate excuse. It took ages and I learned to loathe it. Today, I'm free from the constraints of my straighteners and I mostly let my hair do its own thing. But the washing aversion? That's still there.
Advertisement
When lockdown began, my hair and I appreciated the lack of plans. Months spent safely confined to my house meant less shampooing. Re-bloody-joice. During this time (and don't freak out, the longest I went without washing it was around 10 days), I smothered my hair in Fable & Mane HoliRoots Hair Oil, £25, Khali Min Rescue Oil, £38, and Liha Idan Oil, £39, on rotation and as often as possible. I noticed that my strands seemed markedly healthier and most importantly longer. Had I unearthed the untold secret to hair growth by foregoing wash day? I couldn't be certain but it sure seemed that way. A quick Google search appeared to confirm my thoughts: washing your hair less 'might' (emphasis on the might) make it grow faster. Was there science behind this notion? I reached out to several experts to find out. 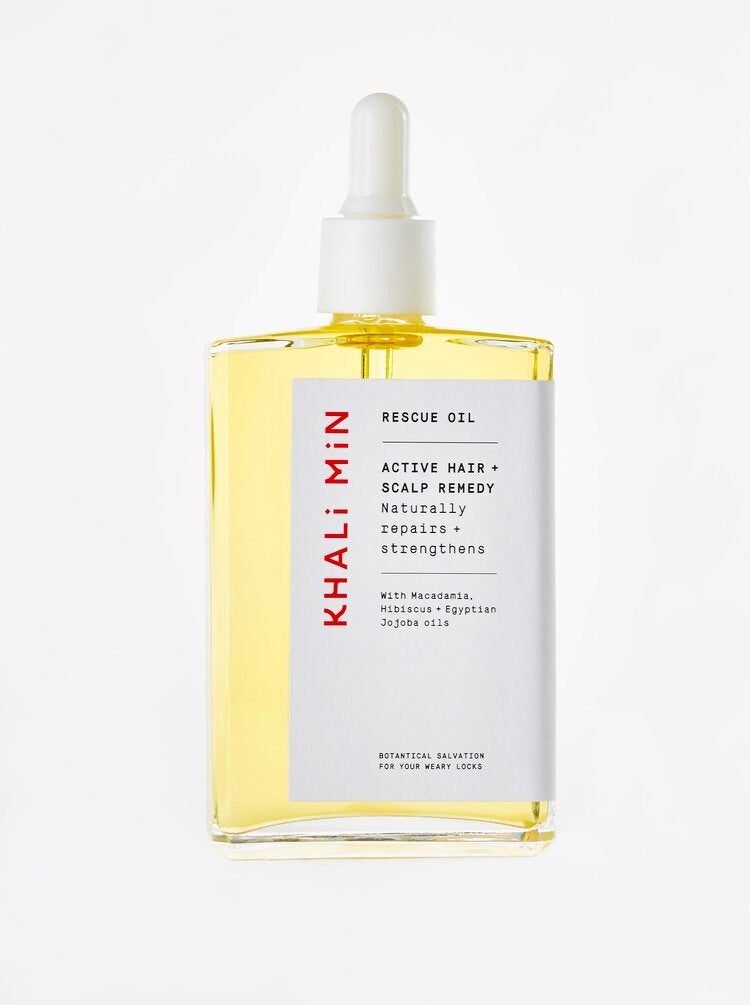 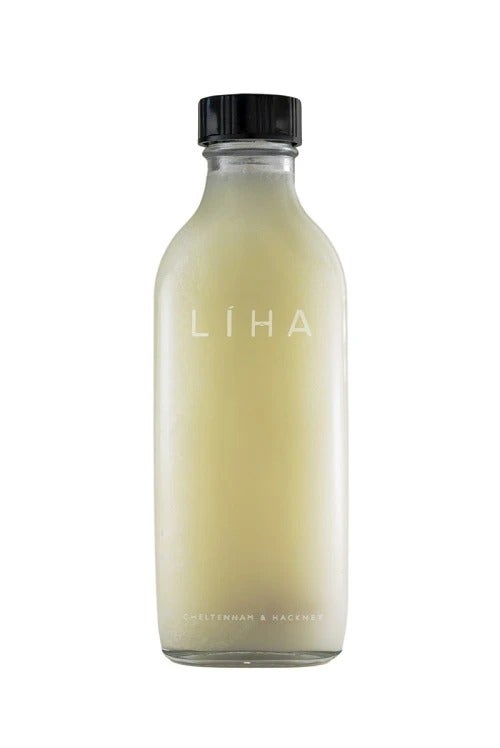 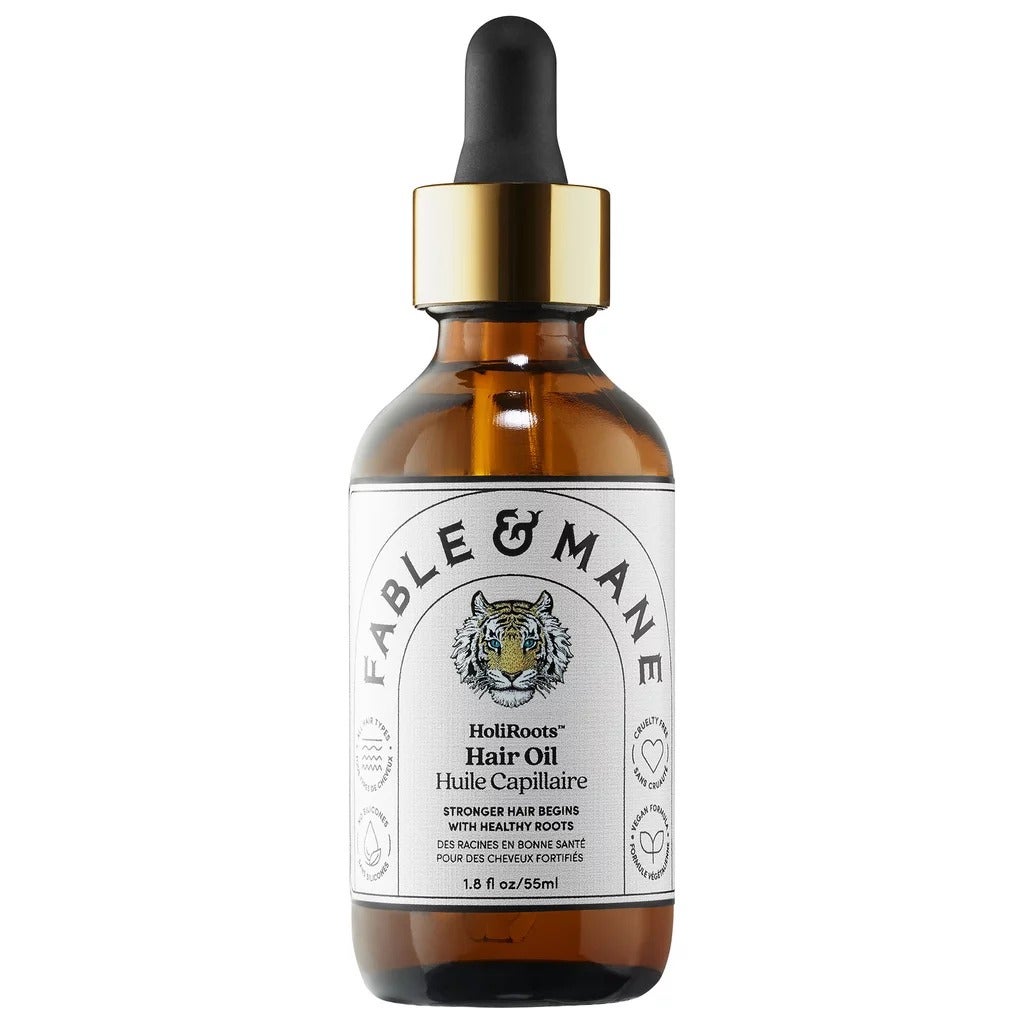 Fable & Mane
Hair Oil
£25.00
Fable & Mane
How often should you wash your hair?
"Hair health and growth is improved with less water and less washing time," says Nikita Mehta, founder of Ayurvedic hair brand Fable & Mane. "Dry hair doesn't need to cleanse off natural oils as much as other types and washing it less allows the scalp to heal itself." If this is correct, then over-washing was a problem for me. "Scalp oils have a protective quality as they are a natural conditioner," Nikita explains. "If you shampoo daily, you're likely stripping your scalp of oil and without it, your hair gets drier." This rang true to me. So how often should you wash your hair? "Depending on your hair type, I would suggest slowly reducing wash days to maybe two times a week and seeing how your hair adapts," continues Nikita.
Advertisement
“

"People avoid washing their hair due to fear of shedding and assume prolonging their wash frequency will reduce the amount of hair fall. This is untrue."

Anabel Kingsley, trichologist.
”
I was pleased with this initial confirmation of my new found length. That is until I spoke to hair and scalp wizard Anabel Kingsley, brand president and consultant trichologist at Philip Kingsley. "Shampooing is topical and hair growth is systemic, meaning that the act of not shampooing will not affect or prolong the growth phase of the hair growth cycle," she revealed. Worse still, Anabel suggested that abstaining from regular shampooing could actually do more harm than good. "An overly dirty scalp can harbour bacteria leading to more serious scalp issues," she said. "People often avoid washing their hair due to fear of shedding and assume prolonging their wash frequency will reduce the amount of hair fall. This again is untrue." Anabel says that it is normal to lose around 80-100 hairs per day. "If you leave 2, 3 or 4 days between washing, you will see an accumulation of hair fall," Anabel continues, "but these hairs are ready to shed. The act of shampooing will not increase the amount you see."
Photo courtesy of Gabrielle Dyer.
How can you make hair grow faster?
Perhaps the oils I was basting my head in were behind said growth boost, then? "The only proven topical product for hair growth is minoxidil," says Anabel, which is an over-the-counter hair loss treatment. "Oils may have made your hair look and feel healthier, giving the illusion of growth," says Anabel. "They could also have helped with de-tangling, which can cause breakage, but will not make hair grow more at the root."
Advertisement
Confused and marginally miffed, I called hair guru Zoe Irwin, ghd UK brand ambassador, for her take. "Dirty hair to my knowledge doesn't grow any faster," Zoe echoed. "It is important to wash the scalp in particular, though, because dead skin cells build up and can restrict the hair follicle. The action of shampooing removes this dead skin." Zoe went on to say that the growth (I swear there was growth) was likely a result of massaging in hair oil. "Massaging your scalp every day has been proven to accelerate hair growth and encourages it to grow thicker." Akash agrees: "Faster growing hair can come from scalp stimulation. An Indian head massage with castor oil for the roots and almond oil for the strands is an excellent weekly treatment." I also really rate Coco & Eve Deep Clean Scalp Scrub, £36.90. 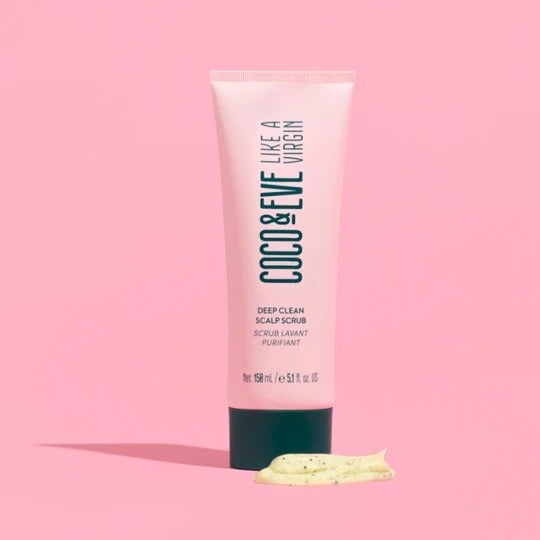 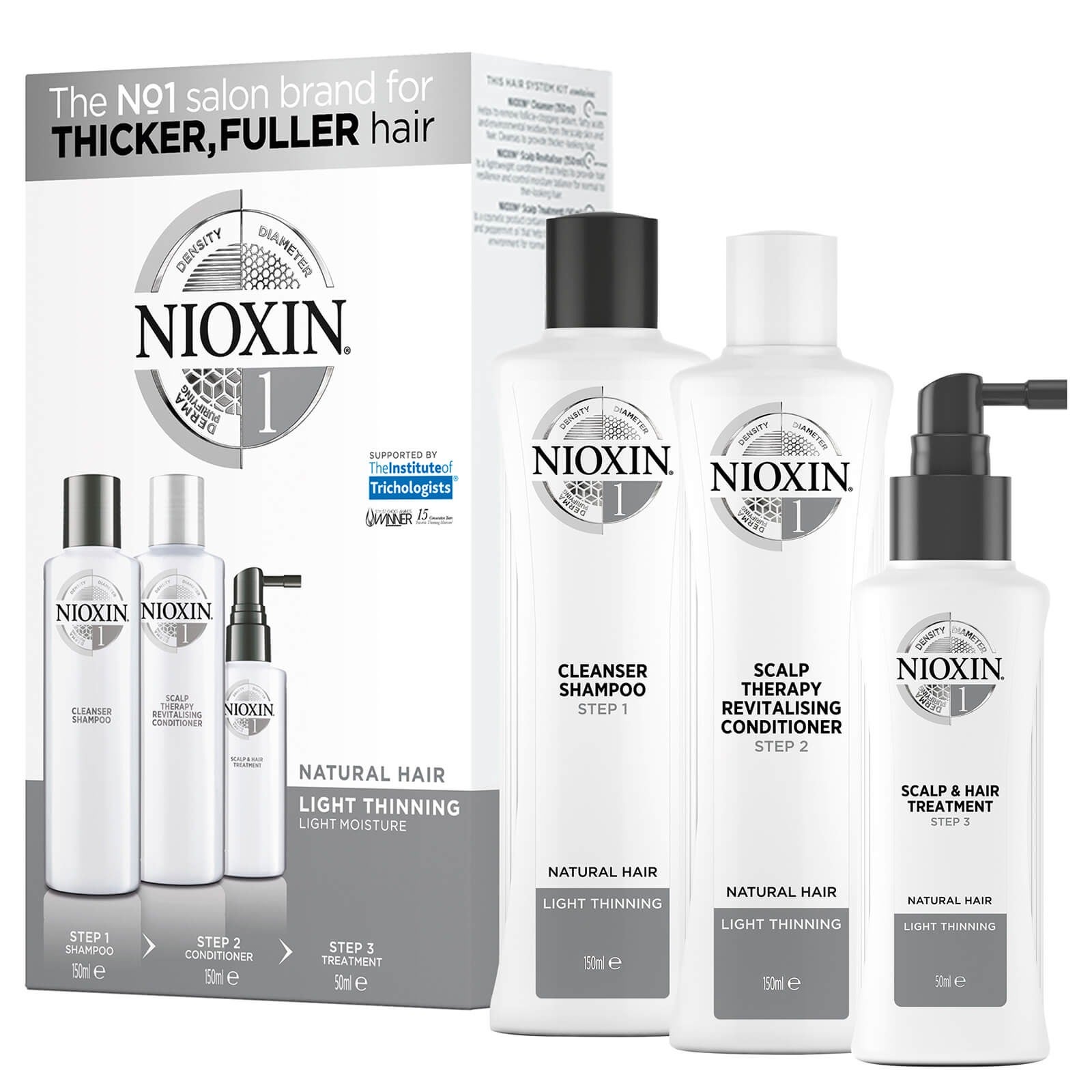 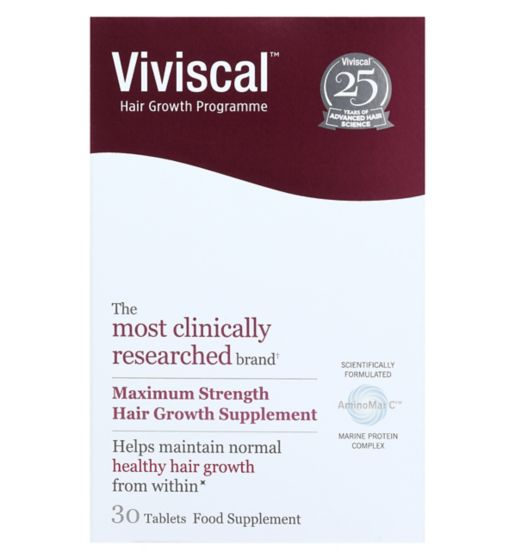 Viviscal
Women's Max Strength Supplement 30 Tablets
£29.99
Boots
It only seemed fair, then, to delve a little deeper and discover some of the products that have the potential to make hair grow faster. First up: Viviscal Healthy Hair Growth, £29.99. Word on the street is that these supplements are like magic. A friend of mine swears by them, but I wanted to find out what made them so prolific. "Viviscal contains biotin and amino acids, the building blocks of protein and a key component of healthy hair," explains nutritional therapist, Eve Kalinik. "It also includes antioxidant vitamin C, which supports collagen production and iron absorption, both crucial for hair growth," adds.
Advertisement
Zoe agrees: "Biotin comes in shampoos, treatments and even sprays." She also recommends hair growth system Nioxin. Alongside the aforementioned minoxidil, Anabel suggests supplements can be beneficial with a healthy diet. She recommends Tricho Complex Multi Vitamin & Mineral Supplement, £45, and Philip Kingsley Stimu-lating Scalp Toner, £22, to optimise the condition of your scalp.
Photo courtesy of Gabrielle Dyer.
I'd also heard about the benefits of caffeine, one of the main ingredients in the popular Grow Gorgeous range. "Several ingredients have been shown to help stimulate hair growth," says Robin Parker, technical director for British beauty experts, Acheson and Acheson. "In my professional opinion, the most renowned ingredient is caffeine. In the Grow Gorgeous Hair Growth Serum Intense, £45, there are six ingredients: organic pea sprout, Chinese skullcap, biomimetic peptide (essentially proteins) red clover extract, larch tree, green tea and caffeine, which work in synergy to stimulate the scalp and boost growth." 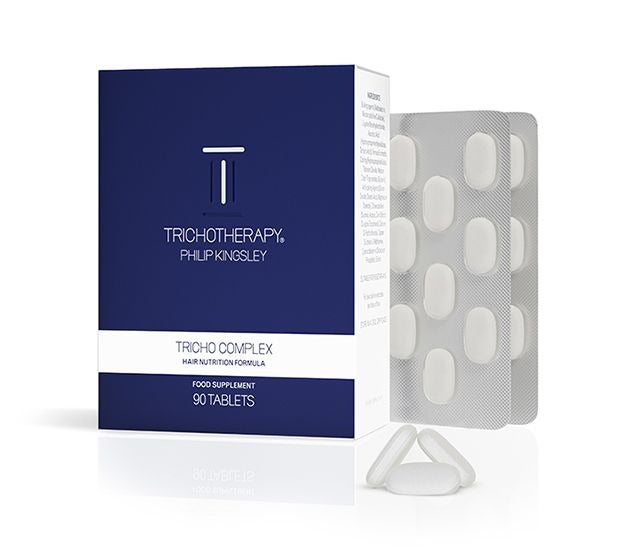 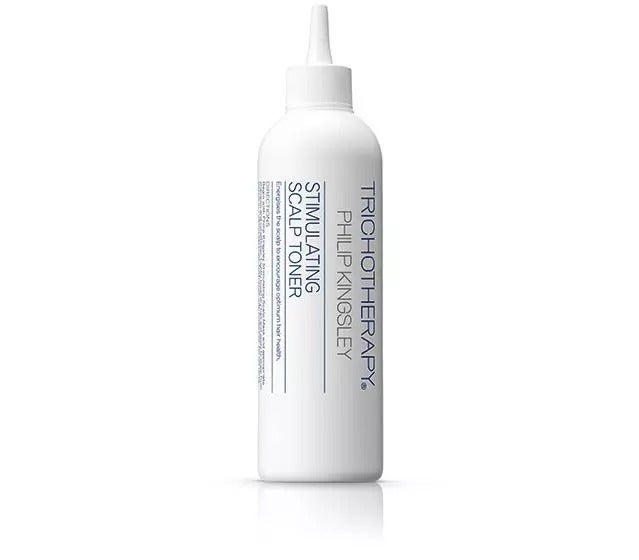 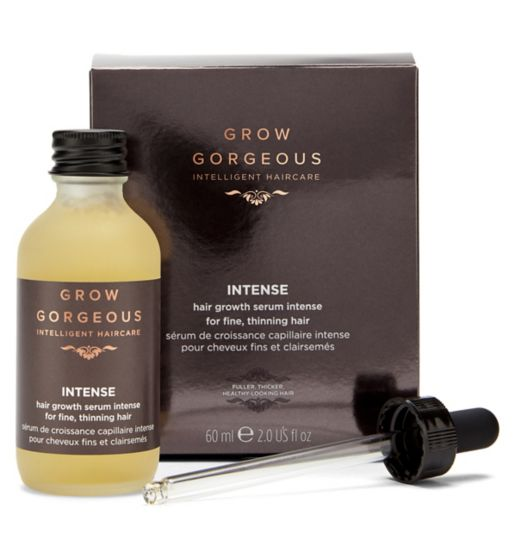 Grow Gorgeous
Growth Serum Intense
£45.00
Boots
So what's the conclusion? Wash your hair a lot, or don't. It's your call. But there is zero scientific evidence to cement that washing it less makes it grow faster (sob). However, excessive shampooing (basically more than your hair type needs) can cause dehydration and lead to breakage, so overzealous shampoo-ers should err on the side of caution. Although my initial hypothesis was a little incorrect, I'm armed with newfound knowledge on reaping the rewards of a hair growth regime. Oh, and I'm obsessed with my new scalp massager.
Beauty
Euphoria‘s Lead Artist Did My Makeup — & Wow
Euphoria‘s lead makeup designer Donni Davy is an artist, first and foremost. It wasn’t until the show became synonymous with a specific beauty
by Megan Decker
Beauty
Affordable SPFs Beauty Pros Are Excited To Use — They’re Th...
by Tori Crowther
Beauty
5 Skincare Products For That No-Makeup Glow
by Esther Newman
Advertisement
Beauty
Forget Hyaluronic Acid. A Good Moisturiser Needs This Gl...
From squalane to polyglutamic acid, there are so many buzzy skincare ingredients out there, you’d be forgiven for not knowing where to begin. Some ex
by Jacqueline Kilikita
Beauty
Could A Shower Head Filter Transform My Skin & Hair?
Dear Daniela, Should I invest in a shower head filter? I’ve seen so many ads on Instagram for them, plus a couple of beauty influencers I know have been
by Daniela Morosini
Beauty
This Is What Pollen Is Doing To Your Skin Right Now
Pollen allergies are no joke. Incessant sneezing, itchy eyes and a scratchy throat are just a handful of irritating symptoms that come with hay fever as sp
by Jacqueline Kilikita
Beauty
Easy Air-Dried Hair Trends To Try Now — Whatever Your Hair Texture
There are two kinds of people out there: those who have mastered the art of letting their hair air-dry to accidental perfection and those who’d rathe
by Jacqueline Kilikita
Beauty
This Sunscreen Is So Good, You’ll Want To Wear It Every Day...
View this post on Instagram A post shared by Ultra Violette (@ultravioletteau) Dermatologists and skincare enthusiasts always recommend a daily dose of sun
by Jacqueline Kilikita
Beauty
The Only Curly Hair Product Worth Your Money This Summer
Trying to find suitable products for wavy, curly and coily hair can be a minefield. The beauty industry — which, once upon a time, was not so inclus
by Jessica Morgan
Beauty
I’m So Into This Indian Skincare Brand That I’m Almos...
When it comes to the world of skincare, products derived from certain cultures seem to have a specific chokehold on beauty enthusiasts. French beauty produ
by Jinnie Lee
Most Wanted
This Clay Mask Took My Oily Skin From Greasy To Glowing Fast
I’ve had oily, temperamental skin for as long as I can remember, and there’s not a grease-sopping mask or treatment I haven’t tried. (A c
by Karina Hoshikawa
Beauty In A Tik
The ‘Ice Cream’ Face Lift Hack Went Viral For Good Re...
Welcome to Beauty In A Tik, where each week we put TikTok’s viral beauty hacks and innovative trends to the test. You don’t have to be an award
by Jacqueline Kilikita
Advertisement
Advertisement