Skip navigation!
Story from Work & Money
Photographed by Kieran Boswell.
There are few topics as steeped in shame as money. We’re embarrassed about having too much, having too little and everything in between – but while conversations around money have slowly become more socially acceptable in the last couple of years, there is still a thick curtain of shame around the subject of debt.
If anyone knows that, it’s me. Over the course of about five years, I accrued an eye-watering amount of personal debt: £27,000 spread across an overdraft and a number of credit cards. You might be forgiven for assuming that there were flash cars and designer handbags involved – people often do – but the truth is that all it took was incremental overspending and a few ordinary life milestones, like getting married, moving house and having children. The issue was that my relationship with money was fundamentally broken. I had no idea how to budget or save, and the result was that I relied increasingly on credit, first to fund the things that I wanted and then to fund the things that I needed.
Advertisement
A little over a year ago, after months of juggling different cards with different balances and stretching our income to its absolute limit, I reached a breaking point. I wasn’t sleeping well, I was irritable and my mental health was suffering. I was stuck in a downward spiral of spending to assuage my anxiety, which fuelled our financial difficulty, which in turn fuelled the feelings I was trying to quell. Sometimes it felt completely inescapable and as my credit card balances grew, so did the shame.
I realised that something had to give if I was ever going to feel in control again. I started to make changes, documenting not only my financial progress but also how I was feeling about it on a new Instagram account that I’d set up specifically for the purpose. The account gained some traction and I was astonished by the number of messages I started to receive from people in the same boat as me – mostly women, who were feeling exactly the same way I did. Women who were petrified to check their bank balance or open their post, women who were lying to their friends and colleagues about planning holidays and saving for a house in order to keep up appearances, women who were locked in a cycle of shame and emotional spending that never seemed to end. They were all worried that if anyone knew how much they were struggling financially, they would think less of them, that they would lose the love and respect of those who cared about them. For the first time since I maxed out my first credit card, I didn’t feel alone.
Advertisement
“

Nobody was prepared for this. If you don't have six months' worth of expenses saved for a 'rainy day' or if you can't survive on a fraction of your salary, that simply isn't your fault.

”
Letting go of the shame around my debt has been a slow and far from linear process. There are still moments when I fall into the comparison trap and moments where I wonder, What if? but for the most part, I’m free of it. I can talk numbers without the heat rising in my face and I can acknowledge my past mistakes without using them as a stick to beat myself with. The key, for me, has been to separate my financial situation from my identity. I stopped thinking of myself as 'being in debt' – an expression that conjures up images of deep holes and hopelessness – and started to refer to it as 'having debt'. It’s still my responsibility but I am the one in control; it is no longer in control of me. I have learned that our relationship with money is not simply how 'good' or 'bad' we are with it but rather a complex combination of our character, our upbringing, our mindset and our circumstances, some of which we can change and some of which we can’t.
Minimising shame and staying in control of our finances, whether or not we have debt, is about accepting what we can’t change and focusing on what we can – never has it been more important to remember this than right now. The coronavirus pandemic has shaken the foundations of our lives in so many different ways but the financial implications of redundancy, furlough and a looming recession will be weighing heavily on many women's minds. Leading debt charity StepChange this week published a briefing revealing that a personal debt tsunami of £6 billion directly attributable to the pandemic is already being stored up among some 4.6 million households. If left unchecked, it is set to worsen.
And a study by the Institute for Fiscal Studies suggests that women will be among the worst hit by the virus in terms of finance, so it’s important to remember not to allow any dent in your savings or debt that you might need to take on to become a source of shame.
Advertisement
Nobody in the public was prepared for this. If you don’t have six months’ worth of expenses saved for a 'rainy day' or if you can’t survive on a fraction of your salary, that simply isn’t your fault. Descending into shame about having spent too much back when things were normal or kicking yourself for not being prepared will only stop you from seeking the help available to you, or tempt you to bury your head in the sand rather than face the challenge head on. Take it from someone who knows the damage that financial shame can inflict on your mental health and self-esteem – it’s not a path that you want or need to go down. You have probably never been less alone in financial worries than you are right now, and there is always, always a way through. 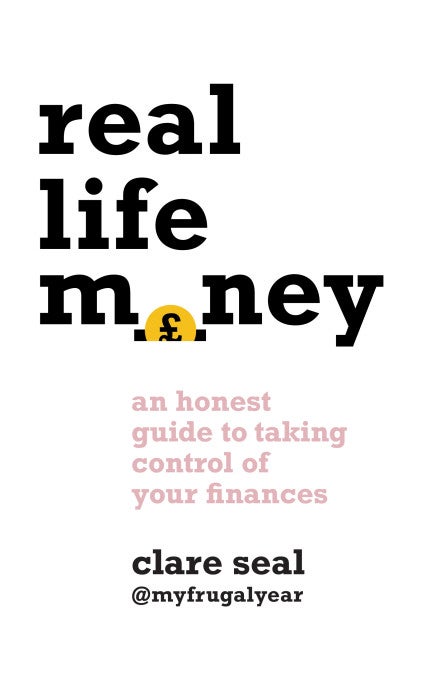