Skip navigation!
Story from Most Wanted
Once upon a time, natural deodorants were only available at crunchy health food stores. Nowadays, you can readily find aluminum-free formulas at the most luxurious beauty boutiques. Whether it's for health reasons or simply to avoid the yellow stains aluminum can leave on your clothes, more and more people are making the switch. But some folks are (understandably!) reluctant to give up their white tubes of antiperspirant. I've been on the natural-deo train for years now and, when done right, it's awesome — aka skin-safe and funky-smell-free. However, throw in an unconventional formula (like cream or paste) and things can get, well, very stinky. I've just about tried it all at this point, so when clean deodorant brand Type:A offered to send me a sample of its $10 all-natural tube, I was extremely game to find out how it stacked up. (I consider myself somewhat of a clean B.O.-fighting connoisseur, after all.) Below, follow along my journey as I get up close and personal with Type:A under my armpits.
Advertisement

Photo: Courtesy of Karina Hoshikawa
Type:A isn't like most deodorants I've tried; a rigid plastic exterior has been ditched in favor of a soft, squeezy tube, and the cream dispensing mechanism is a big change from solid formulas you may have been using since your teen years. (Weirdly enough, I didn't really feel a tactile difference when applying the stuff.) For the purposes of this review, I received two tubes of my choice to try. The first was the original formula in The Adventurer, which smells like a fresh pine forest. The second was a charcoal and spirulina-infused formula in The Innovator, which is described as "Fresh Rain & Bergamot." That one sort of smelled more like a really nice cleaning product (this is meant as a sincere compliment) but if that doesn't sound like your jam, there are plenty of other options ranging from floral to gourmand to unscented.

To begin, I started with the non-charcoal formula first. Right off the bat, I liked that the cream formulas (which go on clear) didn't run the risk of staining dark clothing. Another plus: The cream formula is absorbed quickly, and the mess-free applicator dispenses the product with control. If the thought of applying a cream product to your pits weirds you out, I can assure you that it's actually kind of nice. Like, this has to be one of the best-feeling deodorants I've ever tried, thanks to soothing ingredients like organic aloe and glycerin. (I've had my underarms lasered for a few years now, but I can imagine that the hydrating formula must be great for irritated skin that is regularly shaved.)

Throughout my day, I can't say that I noticed any B.O. entering the chat. Sure, by my fourth walk with my pup, I was a little moist — but nothing out of the ordinary for me. Performance-wise, I'd actually say it works better than some natural stick deodorants I've tried. Whether that's because of Type:A's formula or the cream application (or both), I'm not sure, but hey, it works! After a week of using that one, I switched to the charcoal-infused formula to see if there was a noticeable boost in performance. I will say, the texture of the cream itself felt drier to the touch and did a slightly better job at absorbing moisture than the first one I tried. (It's also supposed to be more effective at showing odor the door, but I personally didn't notice any funky smells with either.)

If you're new to the world of natural deos and are concerned about odor and wetness, then I might recommend the charcoal-infused one, which is currently available in two scents. If your body is already used to aluminum-free formulas or if you might be sensitive to charcoal, then you're probably great sticking with the original formula.
Advertisement

I'm definitely a sweaty person, but B.O. stank has never been a major issue for me. As long as I don't reek, I personally don't mind a little sweat since the thought of aluminum plugging up my glands isn't exactly pleasant. For the most part, natural deodorants have been successful in keeping any unpleasant smells at bay, and making a healthy choice for my body is something I feel good about. Some natural deodorants, however, can be harder to swipe onto your pits or have chalky formulas that built up or flake. Type:A's unique cream formula, while not something you usually see on shelves, manages to avoid those typical natural pitfalls with its spreadable, smooth formula. If you've been holding back on making the switch (or a natural B.O.-banishing convert always on the hunt for a better option), Type:A is a great option. An with colder temps just around the corner, now is kind of the perfect time of year to transition to natural deodorant since hot, humid summer weather = sweat central. Plus, hovering around $10 per tube, Type:A's deodorant is a relatively affordable way to clean up your personal care routine.

If you want to try out the stuff for yourself, you can use promo code 15REFINERY to get 15% off your Type:A order on Amazon. (You can also find the brand at Credo and Target.) 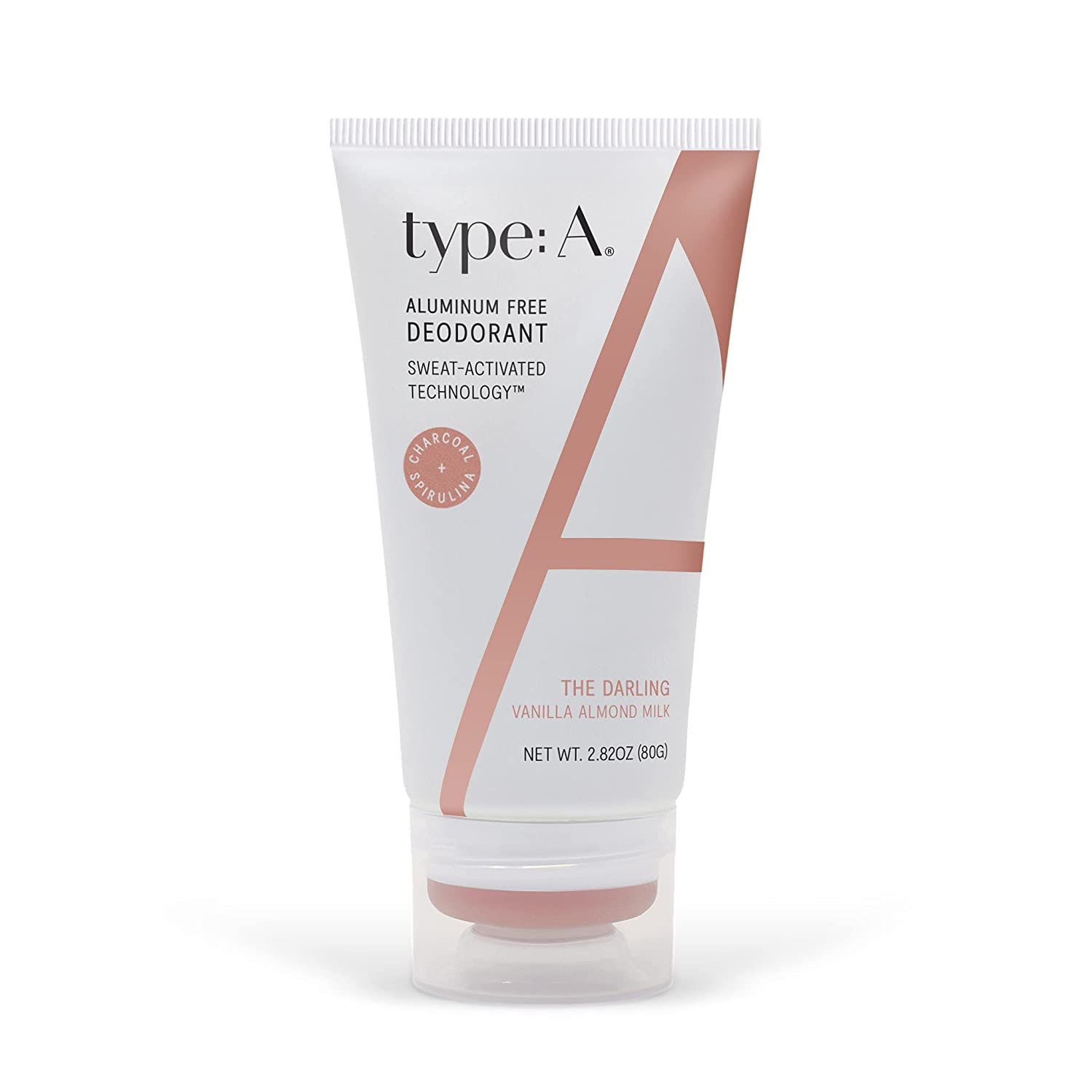 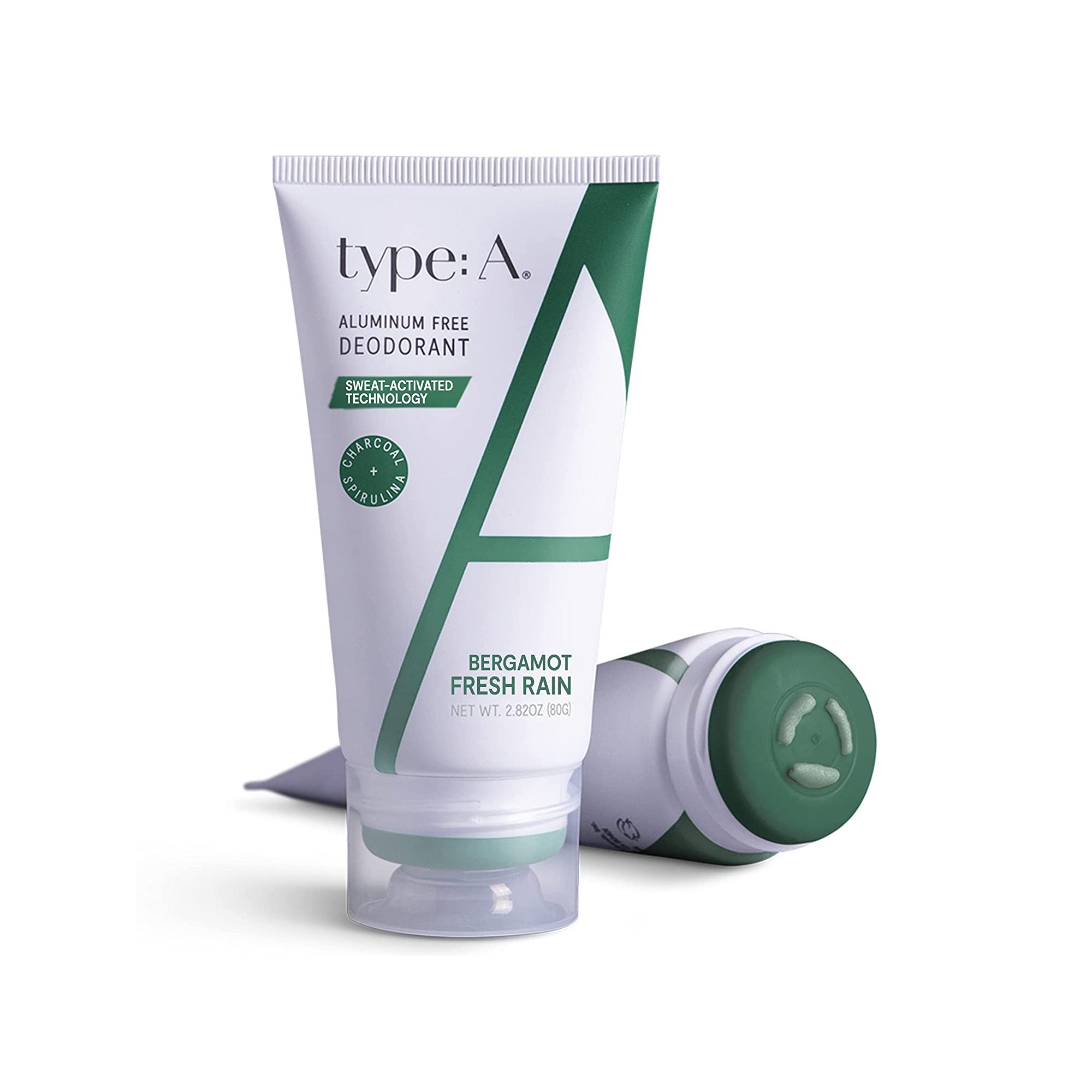 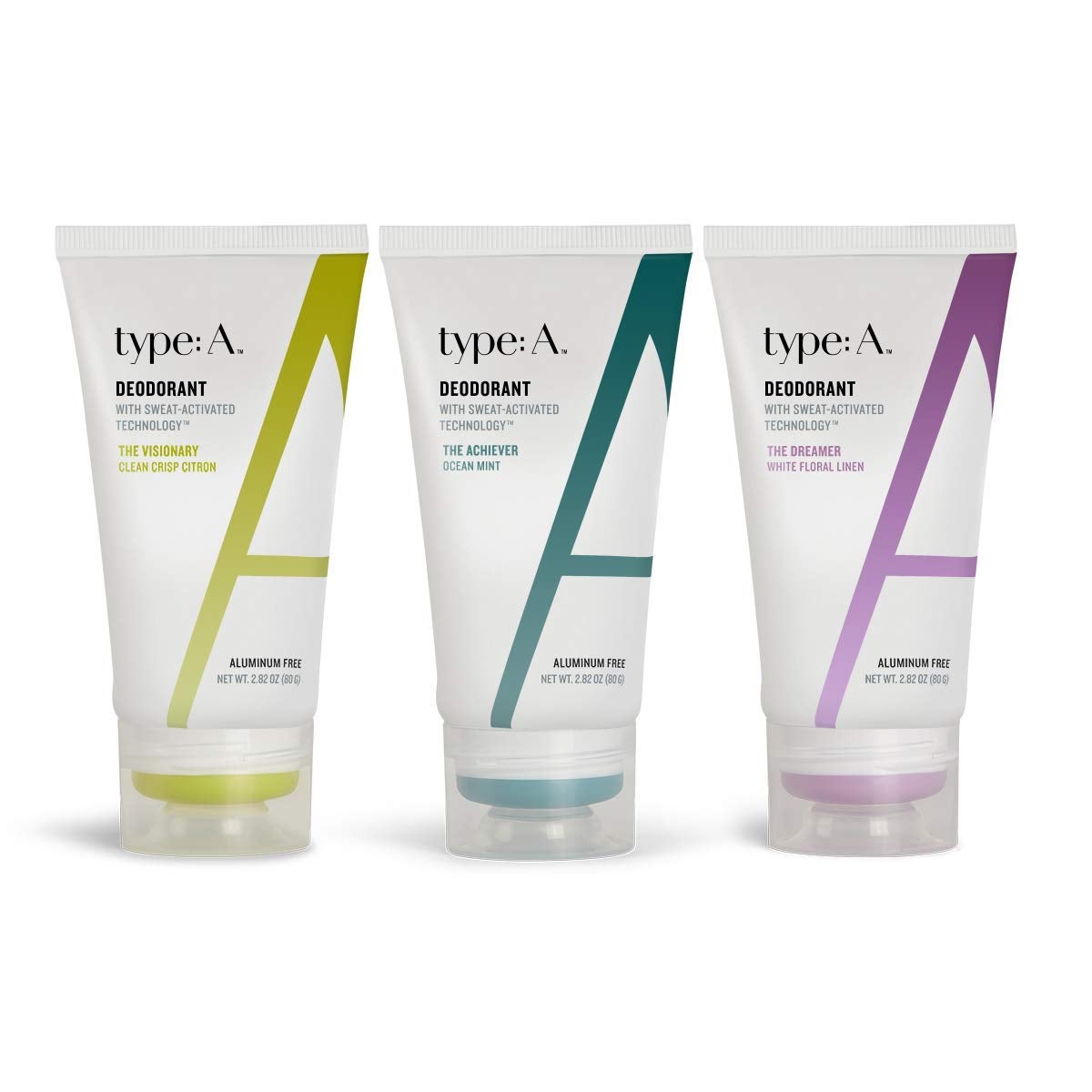