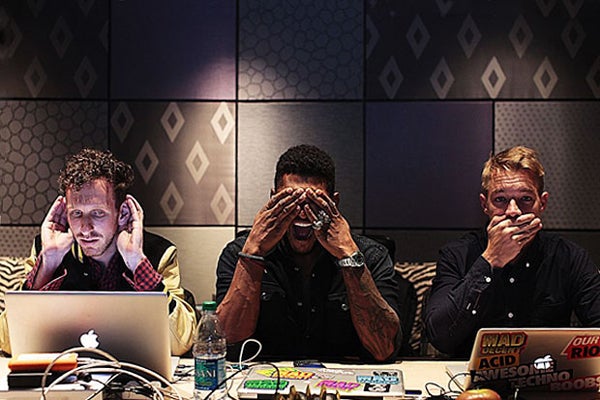 Of course Usher would release a song on Valentine’s Day called “Climax.” What is unusual is that the track is produced by Diplo and features strings by composer Nico Muhly (who has previously worked with Antony and the Johnsons and Björk).
As it turns out, the experiment more than pays off, with Usher playing up his falsetto and going for levels of subtlety and drama rarely hinted at on his past club tracks. Usher’s newfound expressionism owes much to Diplo, whose squelchy, trance-indebted beat is keenly aware that no good climax is reached too quickly. Lyrically, “Climax” works predictably well as a double entendre (both the end of a relationship and the end of, well, you know), the surprise is that Usher goes for the emotional angle with such care, when it could have been a perfectly good banger about simply getting it on.
Advertisement
When Diplo first announced the track on Twitter he called it “some next level electrosoul” before saying “Its more like Radiohead Quietstorm.” Whatever it is, “Climax” reinvigorates Usher, and displays new levels of finesse for Diplo’s production. Let’s hope the two of them are up for a second round.