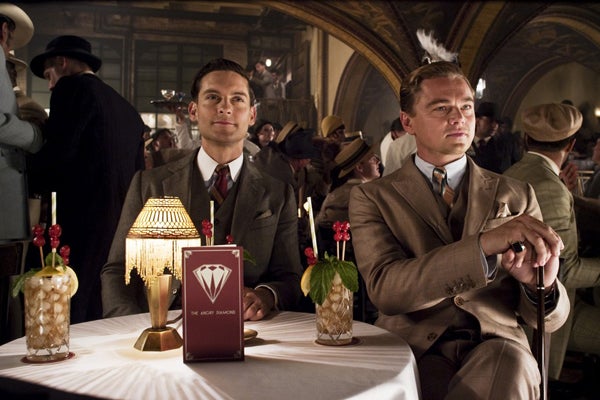 Anticipation for Baz Lurhmann’s The Great Gastby has been steadily growing since the release of the trailer a few short weeks ago. We’ve been swept away by the sequined embellished dresses and feather head pieces of the leading ladies, but what about the men’s dapper duds? Iconic American brand Brooks Brothers partnered with Warner Brothers and costume designer Catherine Martin to create the film’s men’s apparel. Set in the glitz and glam of the roaring twenties, F. Scott Fitzgerald's novel takes us on a journey through the lives of the ultra rich — and you know the whole time we were reading it we couldn't stop visualizing the outfits in our heads.
Advertisement
Studying pieces from the Brook Brothers’ 1920s collections, Catherine Martin perfectly encapsulates the brand’s collegiate look, the Jazz Age, and the story of The Great Gatsby in her designs for the movie. But it doesn't sound like easy work; Martin was tasked with crafting more than 500 beautifully tailored formalwear pieces and daywear costumes for the entire male cast. According to Martin, Fitzgerald himself was a devoted Brooks Brothers customer, making the partnership an even greater ehm, fit. In the author's personal writings, he claimed Brooks Brothers was “a representation of the ultimate gentleman’s purveyor of fine clothing to the American man of distinction." (Couldn’t have said it better ourselves!) Luckily, the film is shot in 3D, meaning we can get a real close look at the tuxedos, waistcoats, and oh-so-cute bow ties... not to mention our boyfriend, Leonardo DiCaprio. (WWD) 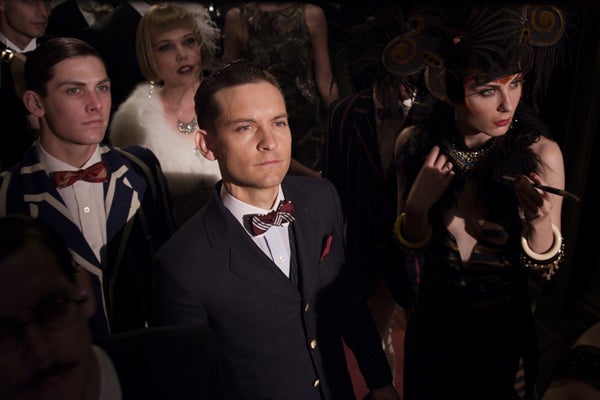 Style
Tracee Ellis Ross’ Outfit Makes A Case For Pairing Sweatsui...
Not everyone would pair loungewear with heels, but that’s exactly what Tracee Ellis Ross just did, proving that the two do in fact go together. On Tuesda
by Eliza Huber
Style
8 Brides On What They Wore To Their Micro-Weddings
by Eliza Huber
Style
Mask Accessories Are Trending — & Here Are 19 Must-Try Styles
by Eliza Huber
Shopping
Psst, Madewell Insiders: You Can Score Up To 40% Off Fall-Favorit...
by Emily Ruane
Most Wanted
Swimfans: Summersalt Just Dove Into Eco-Friendly Activewear
by Emily Ruane
Amazon
This Secret Page Shows You The High-Rated Goods Trending On Amazon
by Emily Ruane
Style
Katie Holmes’ Blazer-Sweatpants Combo Is A Lesson In WFH Style
On Monday, following the first true fall weekend in New York, Katie Holmes was spotted hand-in-hand with her reported boyfriend, celebrity chef Emilio Vito
by Eliza Huber
Style
Thrilling & Mona May Teamed Up On A Clueless-Inspired Vint...
In July, ‘90s cult classic Clueless celebrated its 25th anniversary, thus inciting many a conversation on how to celebrate. Obviously, most fans rewatche
by Eliza Huber
Shopping
9 Easy-To-Wear Leggings Trends That Aren’t Basic Black
by Eliza Huber
Style
16 Pairs Of Baggy Pants To Try If You’re Done With Skinny J...
by Eliza Huber
Affordable Clothing
Surprise: This Chic Vintage-Inspired Line Is From Walmart
by Emily Ruane
Fashion
The Dark Significance Behind The Many-Colored Costumes Of Ratc...
From Pose to The Politician, every Ryan Murphy project is a fashion delight, the costumes as intricately put together as the storylines. And yet with Ratch
by Irina Grechko
Discover
R29 Stories & News
Watch
R29 Original Series & Films
Shop
R29's Most Wanted