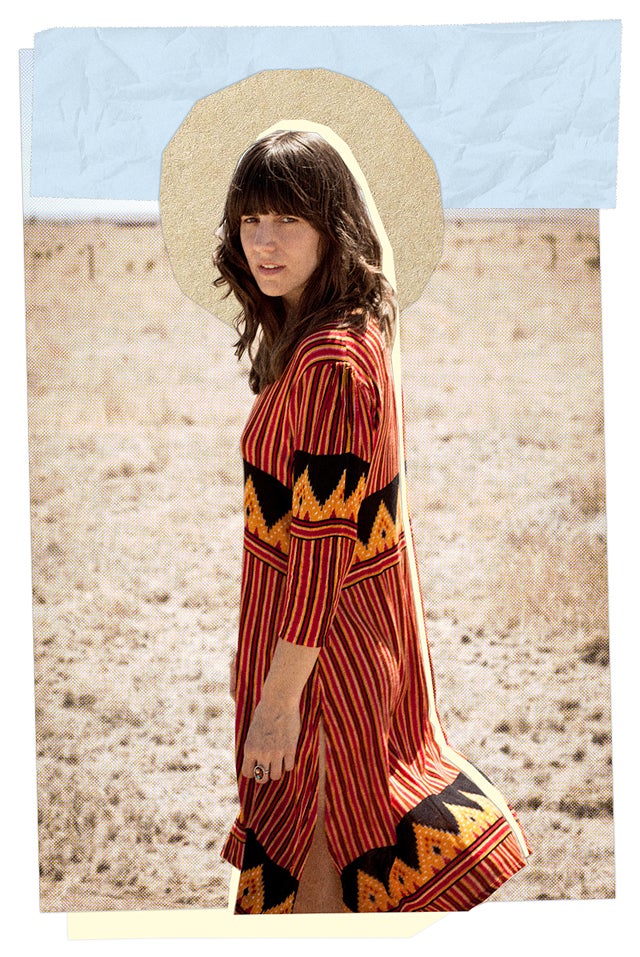 Photo: Courtesy of Elenor Friedberger, Illustration by Ammiel Mendoza.
You've first known her as the vocal half of experimental music duo, Fiery Furnaces. With her brother Matthew, Eleanor Friedberger has made some of the most beguiling rock music of the new millenium. But there's more to explore — and hear — with Friedberger once she went solo. The material is more straightforward, but no less affecting, than the fraternal offerings. Her new album, released earlier this year, has perhaps the most candid title we've ever heard: Personal Record. Over its 10 tracks, the singer-songwriter sets her stories to joyful indie pop and wistful folk. (The record is filled with vivid, often hilarious wordplay throughout.) We spoke with Friedberger about the album, her new band, and a recent tour that sounds as unconventional as her music.
Advertisement

Personal Album
"A lot of these songs were written before the last album even came out. More and more I put myself into this role of singer-songwriter. I felt like I needed to write songs that I could play by myself in any setting. The easiest way to do that was to play them on guitar, so I wrote them on guitar. I had a bunch of new songs that I was playing live, so I wanted to record with the guys that I've been playing with. I ended up doing a more live-sounding album than I've ever done. When it came down to it, it was very satisfying. I [played my new songs] with the same people from the first album. By the second time around it really clicked. It was just a total pleasure."

Revolving Door
"I have a new band in the U.S. that I've been playing with since April and they aren't the band that played on the album. Just getting to hear [the new band] play the songs has been interesting to me; they have their own band and their own sound, so they're kind of adapting a little bit to me. In the U.K., I had a totally different band — they're a different set of musicians with different styles. We only got to rehearse for two days before the show, but they were really terrific. All they had to go on was the recording and a few YouTube clips."

Easy Rider
"I just sit at my desk. I don't have that kind of thing where I need to light a candle to write or something. [To get inspired] I like doing things like cleaning, or organizing, or throwing things out. I ride my bike a lot. There's something about riding a bike — the rhythm – that's good for thinking and songwriting. It's a really good way to help work things out. "

Station to Station
"Tomorrow I'm leaving for Minneapolis and we're going to do a show at Doug Aitken’s Station to Station event. He's calling it a 'nomadic happening.' We're putting on shows at train stations around the country. I'm going to be traveling on the train for a week from Minneapolis to Santa Fe. I don't know who else is going to be on the train, but they're encouraging us to collaborate. There's going to be a recording studio on the train. I'm really excited! I don't know how realistic it is, but it sounds like a cool idea in theory."