Skip navigation!
Story from Beauty
When Sarah Lee and Christine Chang, the CEOs behind K-Beauty retailer Glow Recipe, launched Watermelon Glow Sleeping Mask in May of 2017, it sold out in just five hours and racked up a waitlist 5,000 people deep before selling out another six times. Then, nearly a year later, along came the companion Watermelon Pink Juice Moisturizer and with it, an even more frenzied release — the lightweight gel sold out just two hours into its pre-sale and again four hours after its official release.
Now the cult-favorite range, which also includes a sheet mask, has a fresh watermelon launch: the Watermelon Glow Ultra-Fine Mist, which is just as cute as its predecessors and smells like a watermelon Jolly Rancher. We don't have to tell you what's going to happen next ...
Advertisement
Packaging and scent aside, there’s plenty about this mist that will make it a sell-out hit. Nearly the entire bi-phase formulation (84% exactly) is made of watermelon extract and seed oil to soothe skin. There're also hyaluronic acid, botanically-derived AHAs, and apple cider vinegar in the formula to retain hydration, smooth skin, and balance oil production.
Courtesy of Glow Recipe
But the mist's real coup is its delivery system. The micronized spray is so incredibly fine, it feels less like a liquid spritz and more like walking into a calming cloud of positive ions. It’s something that’s referred to in K-beauty as a fog (or ahn gae) mist, and it's all the rage in Korea, according to Lee.
But fog mists do more than just feel cool. As Chang notes, this version “disperses a mist so fine, it doesn't interrupt any makeup steps.” As we found, fogging your face is highly addictive (that air-like poof is so refreshing). But even after spraying our skin dozens of times, our makeup didn’t budge.
Like with any bonafide obsession, the trick is going to be keeping a steady supply of the juice at our fingertips. No doubt the stash available on the brand's site today will go alarmingly fast. The good news? The mist rolls out to Sephora's site on March 5 and its brick-and-mortar stores on March 8. With a little luck, we'll be keeping our head in a fog well into spring.
At Refinery29, we’re here to help you navigate this overwhelming world of stuff. All of our market picks are independently selected and curated by the editorial team. If you buy something we link to on our site, Refinery29 may earn commission.
Advertisement
Glow Recipe
Watermelon Glow Ultra-fine Mist
$28.00
Glow Recipe 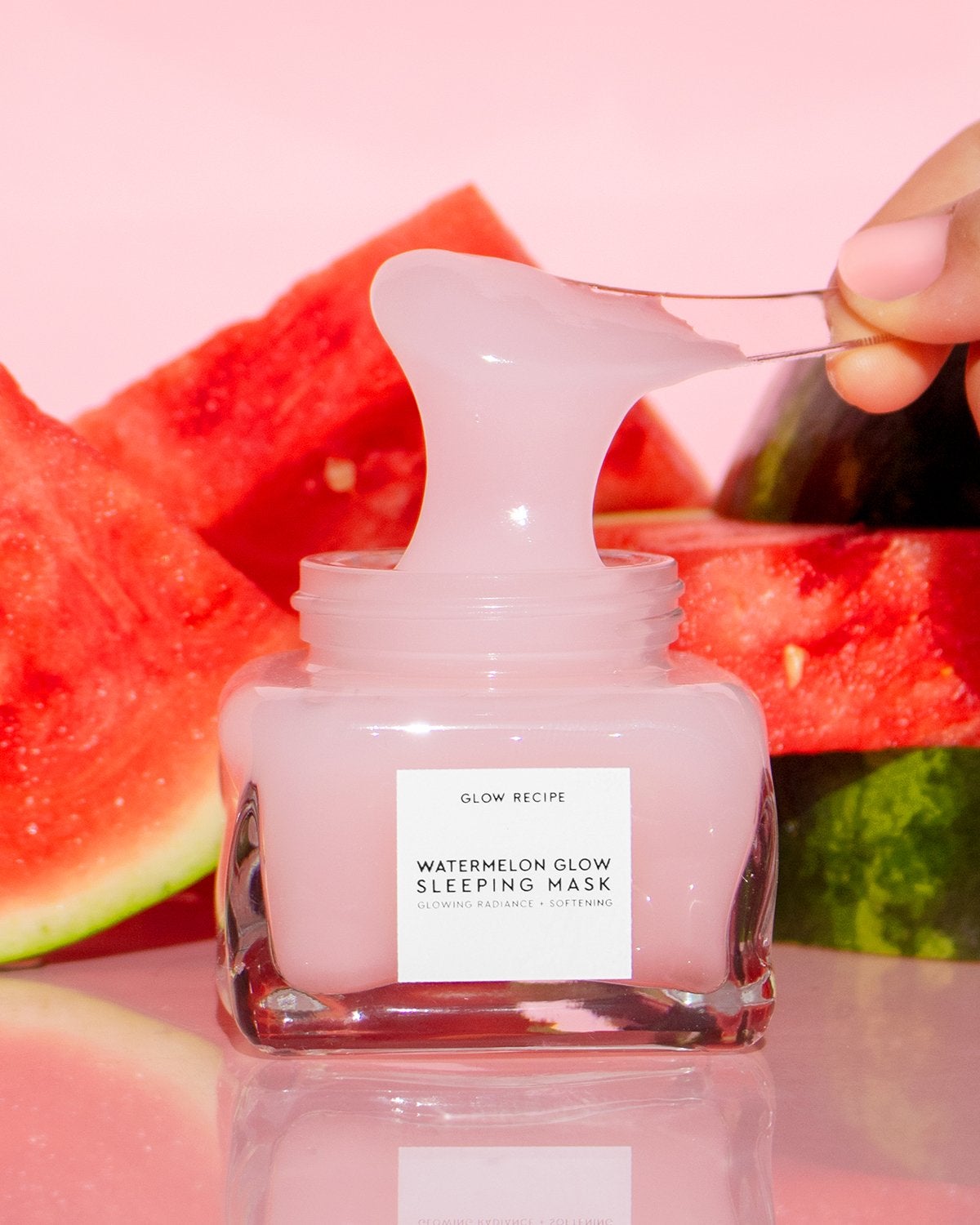 Glow Recipe
Watermelon Glow Sleeping Mask
$45.00
Glow Recipe
Glow Recipe
Watermelon Glow Pink Juice Moisturizer
$39.00
Glow Recipe
Beauty
7 Tweaks I Made In My Fall Skin Routine
After a relentlessly hot summer, you’d be forgiven for welcoming autumn with open arms. But with the promise of cozy evenings and actually being able
by Jacqueline Kilikita
Beauty
I Hated Hotel Skincare Until I Stayed At Soho House
Normally when you stay at a hotel, even a nice one, the bathroom sink leaves much to be desired when it comes to complimentary skincare. I mean, the amount
by Megan Decker
Most Wanted
This Is Your One-Stop Shop For The Best High-Tech Skin-Care Tools
by Karina Hoshikawa
Advertisement
Most Wanted
Is Dermalogica’s Bestselling Exfoliator Worth The Hype? Sur...
Not to be dramatic, but if there’s one skin-care step that has truly transformed my skin, it’s exfoliation. Like many folks, my earliest memories of ex
by Karina Hoshikawa
Most Wanted
This Brightening Mask & Serum Combo Made My Skin Gleam
After years of testing skin-care products on a near-daily basis, I have to admit that it takes a lot to impress me. (I know, it’s a tough job, but someon
by Karina Hoshikawa
Most Wanted
This Under-$15 Frozen Moisturizer Is Like A Slushie For Your Face
The freezer isn’t just for your leftover lasagnas and late-night ice creams: A lotion from UK brand Skin Proud is actually designed to be frozen. Fro
by Mercedes Viera
Most Wanted
This Pore-Perfecting Primer Took Me From Greasy To Glowy
In my life as both a beauty lover and editor, I’ve tried out myriad primers and matte foundations in the quest for shine-free skin. However, my face’s
by Karina Hoshikawa
Most Wanted
Tula’s Tinted SPF Serum Feels Like Skin Care — Because It Is
ICYMI, skin tints positively blew up this summer. Light in coverage and feel, it’s been the season of less-is-more when it comes to complexion makeup
by Karina Hoshikawa
Beauty
The Ins & Outs Of At-Home Bikini Waxing
If you’re anything like me, you’re constantly watching DIY TikTok videos and thinking, “I can do that.” DIY is not a new concept in
by aimee simeon
Beauty
‘Skin Cycling’: A TikTok Sensation That Changed My Skin
Welcome to Beauty In A Tik, where each week we put TikTok’s viral beauty hacks and innovative trends to the test. When it comes to skincare, there
by Jacqueline Kilikita
Beauty
Does My SPF Skin Tint Count As Sunscreen?
I like the way my tinted sunscreen makes my skin look, but beyond that, I love that it’s protecting me from UV damage, wrinkles, and potential skin cance
by Megan Decker
Long Live Style
Does Psychodermatology — The Science Of Thinking Your Way To Good...
Psychodermatology is the emerging field taking a more holistic approach to treating your skin-care concerns, but can meditation and gratitude journaling re
by Donna Francis
Advertisement
Advertisement
Discover
R29 Stories & News
Watch
R29 Original Series & Films
Shop
R29's Most Wanted