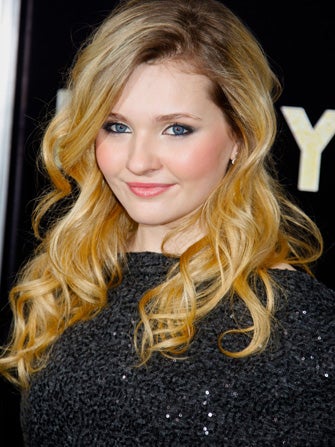 Photo: BEImages/Gregory Pace.
Abigail Breslin grew up, and the world is just not ready. It was only a couple short months ago that we brought you news of the former ginger Little Miss Sunshine's new platinum look. And how's that been working for her, you wonder? Well, that depends on how you look at it. Earlier this week on the Toronto International Film Festival red carpet, where she appeared to promote her new film August: Osage County, the teen actress told reporters that no one even knows it's her anymore. "The cast doesn't recognize me! I was like ‘Hey guys!' and they were like, ‘Who's this random girl crashing our photo shoot today?'" she told E! News. Before that, she was spotted in a supermarket by two fans, who ultimately dismissed her as an Abigail Breslin lookalike.
Advertisement
Maybe it's not just her hair. Maybe it's just that Breslin, while appearing more grown-up in Zombieland but still in that early-teen transitional phase, is now maturing into a woman. And maybe still, a dash of obscurity could be just what a young actress needs to boost her cred as someone who would rather hone her dramatic craft than bask in the limelight. Before she goes down the Path of Lohan, that is — not that we could ever imagine that. (Huffington Post)
What's all the fuss about? Hit the next page to see more snaps of the gorgeous, grown-up Abigail. 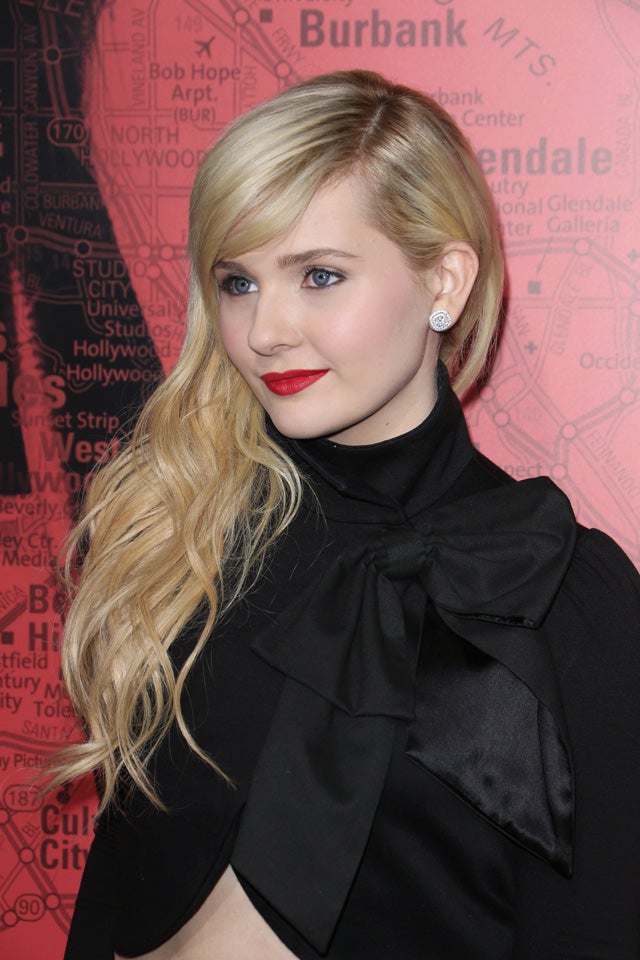 Photo: BEImages/Matt Baron.
This is the breakout look that shocked the world. The laws of human anatomy dictate that she in fact arrived gradually at this stage rather than suddenly waking up one morning looking like an adult instead of a child à la Big. But, this was the moment when everyone suddenly took notice. We love the red lip, the high-shine earrings, and that dramatic, side-swept hair! 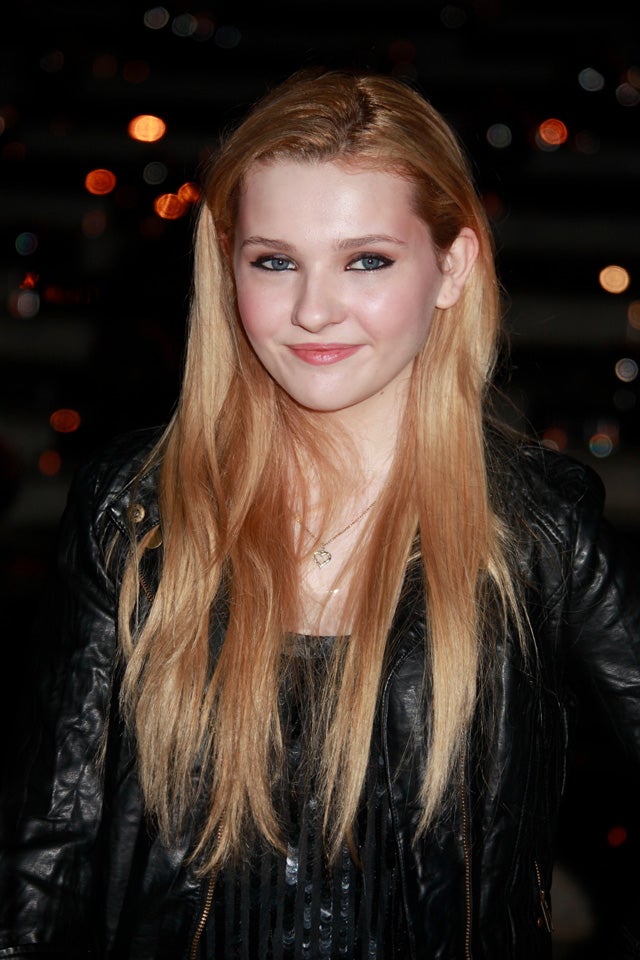 Photo: BEImages/Gregory Pace.
While she definitely owns the platinum blonde look right now, we have to put it out there that we love this honey-colored shade, too. It's a great match for her skin tone, and lends itself to those non-red-carpet moments.
Unbothered
Brittney Griner Sentenced To 9 Years In Russian Prison For Drug C...
After being detained by Russian police at Sheremetyevo Airport on drug allegations in February, WNBA athlete Brittney Griner has officially been sentenced
by Ineye Komonibo
Unbothered
Say Goodbye To Macy Gray — She Outed Herself As A TERF
On July 4, a day when selective freedom was celebrated in America, it was only fitting that Macy Gray chose to go on known bigot Piers Morgan’s show Unce
by Wisdom Iheanyichukwu
Unbothered
White Supremacy Is To Blame For The Buffalo Massacre. That’s It.
A clip of CNN reporter Victor Blackwell breaking down in tears live on air while talking about last weekend’s horrific massacre of 10 Black people in a B
by Kathleen Newman-B...
Advertisement
Unbothered
Megan Thee Stallion’s Bombshell New Interview Reveals Devastating...
In July 2020, Megan thee Stallion was involved in an intense police stop after attending a celebrity pool party in Los Angeles, leading to the shocking rev
by Ineye Komonibo
Unbothered
Ari Lennox Shares An Update After Her Amsterdam Arrest
Updated December 2, 2019: Days after being detained at Schiphol Airport in the Netherlands, Ari Lennox has resurfaced on social media to give worried frien
by Ineye Komonibo
Unbothered
Two Men Convicted For The 1965 Assassination Of Malcolm X Have Be...
Nearly 60 years after the shocking assassination of civil rights leader Malcolm X, a new development in the investigation into his murder has led to t
by Ineye Komonibo
Unbothered
The Zombification of Whitney Houston
In Haitian mythology, the idea of what we now call zombies emerged from enslaved Africans’ deepest fear: not even death would bring freedom. Though suici
by Brooke Obie
Unbothered
Actually, Netflix, Content Like Dave Chappelle’s Transphobic Come...
Update: Netflix has fired the employee who was organizing an upcoming walkout (set to happen Wednesday, October 20) of trans staffers and allies in protest
by Kathleen Newman-B...
Unbothered
Years After Her Death, The Science Community Is Still Treating He...
In the 1950s, a Black woman named Henrietta Lacks walked into Johns Hopkins Hospital to be treated for cervical cancer, and her cells would go on to b
by Ineye Komonibo
Somos Libres
Why Black Puerto Rican Women Are Leading an Anti-Racist Media Ren...
While the 2020 Census was essential to many communities across the United States, it held a different meaning for Puerto Ricans. Battered after a decades-l
by Frances Solá-Sant...
Unbothered
R. Kelly Facing Life In Prison After Being Found Guilty Of Racket...
This story contains discussion of sexual violence. Please proceed with care. Updated September 27, 2021: Months after being charged and indicted for nine g
by Ineye Komonibo
Unbothered
Jennifer Hough’s First On-Air Interview About Nicki Minaj &...
*Editor’s note: this story contains discussions about sexual violence, threats, and intimidation. Please read with care.  A month after publicly all
by R29 Unbothered
Advertisement
Advertisement
Discover
R29 Stories & News
Watch
R29 Original Series & Films
Shop
R29's Most Wanted